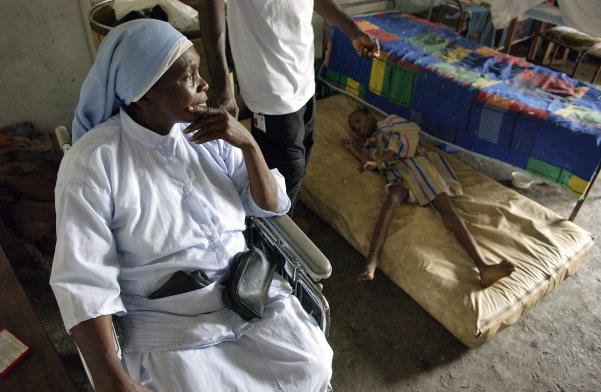 As Liberian Independence Day approaches, the Liberian community in Minnesota is divided. Minnesota has a very large population of Liberian immigrants, who are active not only here but also in political issues back in Liberia. The Organization of Liberians In Minnesota(OLM) is sponsoring a visit by Liberian finance minister Amara Konneh, who is scheduled to speak at the Independence Day dinner and ball on July 26 in Brooklyn Center. A new group, the Movement of Liberians Against Corruption (MOLAC) opposes the visit, claiming corruption by the finance minister and specifically charging that there is a $13.3 million health grant from the European Union that is not accounted for.  Charges and countercharges of corruption are all over a local Liberian list serve.

According to a press release by MOLAC, the protest will take place at 6 p.m. on July 26 at the Brooklyn Park Community Activity Center located at 5600 85th Avenue North in Brooklyn Park. The press release accuses Konneh of being a “key official of the Liberian Government and a confidant of President Ellen Johnson Sirleaf,” under whose administration Liberia has become a “non-functioning democracy”, prompting the U.S. Congress “to extend the Charles Taylor-era emergency regime on Liberia.” They further question where the $13.3 million donation from the European Union went, when all of the hospitals where Konneh has said the money went to deny they received the funds.

Zubah Gayflor Kpanaku, Jr., the Chairman of the Board of Directors for the Organization of Liberians in Minnesota (OLM wrote in an email that OLM’s board of directors approved the July 26th Committee’s selection of Minister Amara Konneh as keynote speaker “almost a month before the issue/allegation concerning the EU $13.3-million surfaced.”

Mr. Wayne D. Doe, who runs the day-to-day activities of OLM and works directly with the July-26 Planning Committee, said over the phone that the focus of the July 26 event on should be celebrating Liberia’s Independence, not on Konneh.

TC Daily Planet asked several Liberian-Minnesotans to address the controversy. Here’s what they had to say:

I am Fr. James N. Wilson, II, a Liberian American and Episcopal Priest serving as Priest-in-Charge at Holy Trinity Episcopal Church, 1636 Van Buren Ave North, Saint Paul, MN. I am an active stakeholder of the Liberian Community and have always given my views and input when it comes to keeping the Diaspora Liberian Community together in Minnesota and other U.S. States. My view is not always the best view and not always respected either but I try to provide guidance, direction, advocacy and encourage civic engagement forums in resolving conflicts and dealing with national and international issues.

While I or no one can justify corruption especially in Liberia where unemployment gap is so wide, the income-generating gap is also wide, and Government ministers and employees are riding the best of cars and enjoying the best of life at the expense of the poor, my preference is to hold civic engagement forums with Government officials who visit with us in the United States and express our concerns and disappointments. While I do respect the first amendment right to protest and do understand the frustrations of my fellow Liberians in Minnesota, I am of the opinion that a civil engagement with Amara Konneh on the alleged $13 million corruption charges will yield positive results than just a protest or demonstration. Eventually, my push would be to suggest that we form a Diaspora Liberian anti-corruption Advocacy Committee that will hold the Liberian Government officials accountable and solicit the U.S Government/Congress’ help in carrying out this advocacy. Presumably, majority of the Liberian Government officials are from the U.S with families and homes in the U.S and are constantly wiring monies to the U.S through Money Gram and Western Union. The anti-corruption advocacy committee would strive to have access to information of those involved in financial mis-behaviors and take action.

I am a graduating senior from St. Mary’s University of Minnesota in the area of Health and human services administration, former Chairman of the number one opposition party in Liberia, Congress for Democratic change, which ran in the 1997 election in my country Liberia, party primary election to be the standard bearer but did not make it. Presently I am serving on the Board of directors of the Organization of Liberians in Minnesota.

Corruption in my country Liberia is killing the fabric of the society. President Sirleaf promised in her speech when she was inaugurated that corruption would be her number one enemy. Instead, today corruption in her government is seen as honey and milk. People squander public funds without being investigated, the judiciary system is weak and citizens are suffering. My protest of why Finance Minister Amara Konneh should not speak at the Liberian independence day celebration is that his failure, to clarify the thirteen point five million dollars European union contribution to assist our poor people to be treated for the high increase of mortality, and morbidity rate.

Minister Konneh indicated that he disbursed the money to the relevant institutions such as JFK, Jackson F. Doe hospital, and other health care institutions. … [That] was not true, the various directors of those institutions categorically denied the allegations. One may wonder, where are the funds? Should this man with tainted character be an example to future generations? Of course not! As a member of the OLM, I will protest against Minister Konneh being our guest speaker in Minnesota.

There is growing concern about how our country Liberia is heading, after fifteen years of civil catastrophe. Our demonstration is peaceful. It is being done through democratic means- that is why we requested a permit.  I am Democrat, not an autocrat.

My name is Marie Yarsiah Hayes, former Chair of the Board of Directors of the Organization of Liberians in Minnesota (OLM).  I have tried to remain a key person in the Liberian communities, especially in the area of giving advices and perhaps contributing to resolving conflicts.

While I would have loved to have a state or federal officer (Representative or Senator) speak at this year’s celebration of Liberia’s independence in the Twin Cities, I respect the decision of those serving on the committee to select the guest speaker.  Yes, it is true that Liberians in the United States, especially within the State of Minnesota need to continue to build relationship with their neighbors, it is also prudent for us to know about the state of affairs of the country, Liberia.  I watched a news story last week about the relationship between the City of Brooklyn Park and the nation of Liberia and was very touched by the generosity of the city of Brooklyn Park to donate a fire truck and other fire fighting equipment to Liberia. I understand that the fire truck will be on display at the Community Center during the celebration. Will the truck be turned over to the Minister and his entourage at this time, I don’t know.  I must however add my voice of thanks to the city of Brooklyn Park for the continuing help and sharing of resources.

My advice to Liberians in the Twin Cities is to desist from any demonstration and join in the celebration of Liberia’s 166th Independence Day.  I would also advise the current leadership of OLM to engage those who are in opposition to inviting the Minister and come to a compromise.  One suggestion would be for a separate community forum at which community members would engage the Minister.

I heard about the missing money and it breaks my heart. I feel like Liberia never gets a break. There is 70% illiteracy and conditions there are rough. The President has made strides but corruption exists. I can’t speak for this person’s honesty or guilt in this matter, I simply hope it will be investigated and if the money is in fact found to be missing, the person or persons responsible should be punished and removed from any position that permits them access to stealing. If Amarah Konneh is in anyway responsible, he should be placed on probation pending investigation. If he is being investigated, he should not be speaking anywhere.