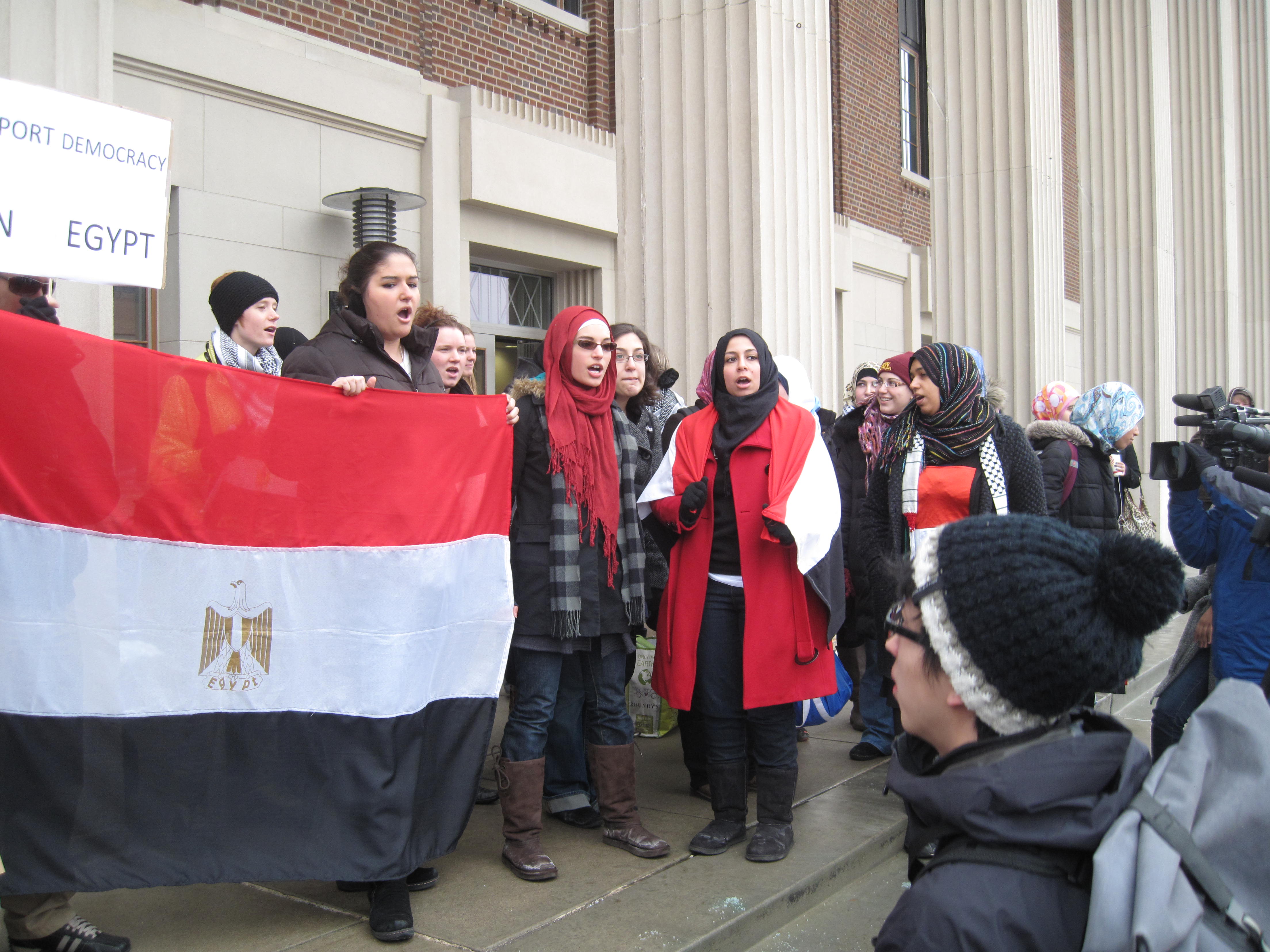 An ad-hoc group of students, many from Egypt, organized a protest on Friday afternoon at Coffman Memorial Union in support of the protesters in Egypt who have recently been met with violence by the Egyptian Government and President Hosni Mubarak, who has been president since 1981. About 100 people showed up for the protest, both students and non-students, with signs and banners in support of democracy in Egypt.

Mohammed Elsayed, who said there is no official Egyptian student association on campus, said that he and other organizers were against the current Egyptian regime.  “We felt that we had a responsibility to our people to send a message- We support you,” he said. 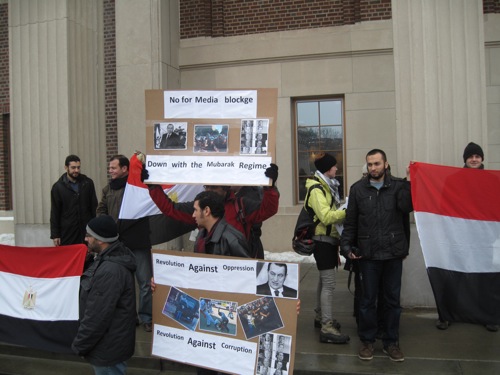 Tens of thousands of demonstrators have taken to the streets of Egypt in the past couple of days, demanding a better life, more freedom and an end to political and economic corruption.  The Egyptian protesters have been met with military action against them, including live ammunition, tear gas bombs, rubber and plastic bullets, and chemicals like diluted mustard gas, according to a flyer handed out by Elsayed.  Internet and cell phone communications have been shut down in the country.

“We hereby call upon the people of the free world to support the Egyptian people’s non-violent revolution against corruption and tyranny,” the flyer from Elsayed stated.  “We call upon you to urge this dictatorial regime to stop its bloodshed of the Egyptian people, exercised throughout the Egyptian cities, on top of which comes the city of Suez.” 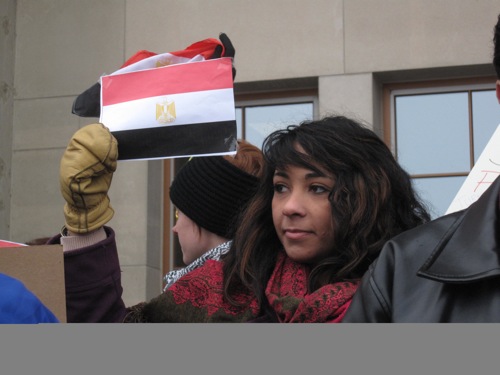 According to The Egyptian Association for Change, a national organization, protests have sprung up all over the United States in support of the Egyptian people.

Abrar A. Rageh, a student at the University, said she found out about the protest from  Facebook and came to stand up and show support against injustice.  “”They need to know they will not be silenced,” she said.

Linden Gawboy, a Minneapolis activist with the Committee to Stop FBI Repression, also found out about the demonstration from Facebook.  “This is my first Facebook protest,” she said.  “For decades the people of Egypt have been kept down.  It’s inspiring to see change after thirty years,” she said.

At the protest there was some singing in Egyptian, a few chants, but mainly people held signs that read such things as “Down with Mubarak Regime” and “Support Democracy in Egypt” and  “Mubarak:  30 years of oppression.” 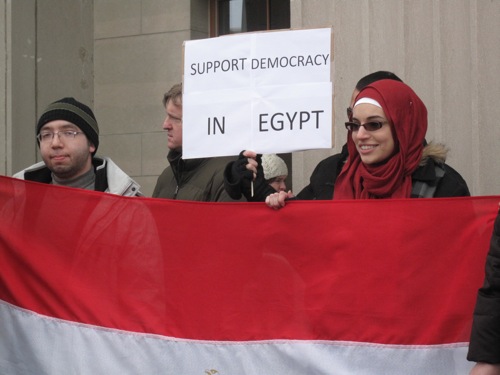