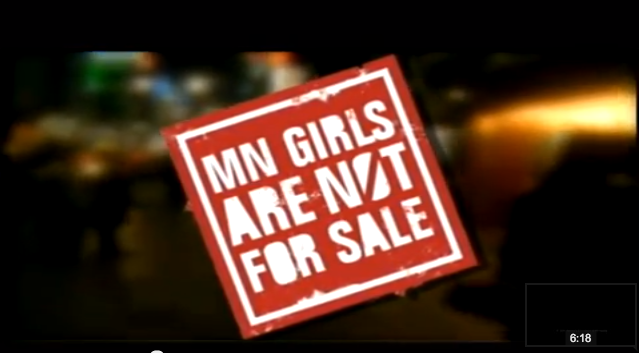 For years, children who have been caught in the vicious cycle of sex trafficking and prostitution were lost in the shuffle of the juvenile justice system and penalized as offenders. However, in 2011, that changed with the enactment of Minnesota’s Safe Harbor legislation. Designed to protect children, Safe Harbor 2011 provides that children involved in sex trade will be protected and receive the services and support they need, rather than being treated as criminals. Human rights advocates, prosecutors, law enforcement and other social service agencies participated in a mandated stakeholder engagement process, which resulted in this effort to create a model that would protect the rights of children. The law has not been fully implemented — provision of resources is the task of this year’s legislature.

The Safe Harbor law changed the definition of “delinquent child” under Minnesota law by excluding children under the age of 16 who are sexually exploited. In addition, the law created a mandatory diversion program for children 16 or 17, included a definition of sexually exploited youth in the Minnesota child protection codes, increased penalties against commercial sex traffickers and mandated specialized services such as shelter and counseling. The services were not put in place by the Safe Harbor law. That remains to be done, with implementation set for this year. Advocates are pushing for legislation to establish services under the name of the No Wrong Door model.

“The safe harbor law treats children as the victims they are, not criminals,” said The Family Partnership’s Jeff Bauer, a chief lobbyist for the bill. Prior to the legislation, Minnesota law defined juveniles who engaged in prostitution as both victims and delinquents. Because children were simultaneously treated as delinquents and victims under child protection statutes, it became unclear as to how to respond to sexually exploited youth.

“What was happening for the past few years, before 2011, were two things: victims were treated as delinquent under the juvenile justice system and children weren’t being identified as trafficking victims… they were falling through the cracks,” said Bauer.

Mary Beth Hanson, director of communications for the Women’s Foundation of Minnesota stated, “It’s exactly what we need as a state. It behooves us to take care of children. Children are in need of protection and treatment and right now that doesn’t exist. Safe harbor will provide the housing and treatment needed.”

That housing and treatment will come from the No Wrong Door Model, meaning that no matter what door a child knocks on, they will not be turned away. No Wrong Door is the mechanism to help implement the Safe Harbor law by identifying supportive services such as housing, staffing and training needed for a victim-centered response.

“The safe harbor legislation doesn’t go into effect until 2014,” said Jeff Bauer, “and the reason that we wrote it that way is because we didn’t know where to bring children as far as shelter. This was the result of 18 months of law enforcement, prosecutors, philanthropy agencies, I mean you name it, coming together and what we’ve found is that they don’t want to criminalize victims anymore than we do. So out of that came the No Wrong Door Model that provides shelter and training.” With funding for the No Wrong Door model, Minnesota will become more effective in responding and providing services to sexually exploited youth.

Safe harbor is not without limitations. Children of 16 and 17 still face mandatory diversion and can be adjudicated delinquent. Advocates agree that this is a great start.

“What we are building, we are proposing a minimum of what we’ll think we’ll need,” said Bauer. “It’s such a hidden population. Right now we’re seeing two trends, over the past few years victims are getting younger and younger and there are more and more of them. We are building a really great intervention. Communities all over the state are saying ‘we are not going to let this happen to our children any more.’ It’s a long road but it’s a great start.”