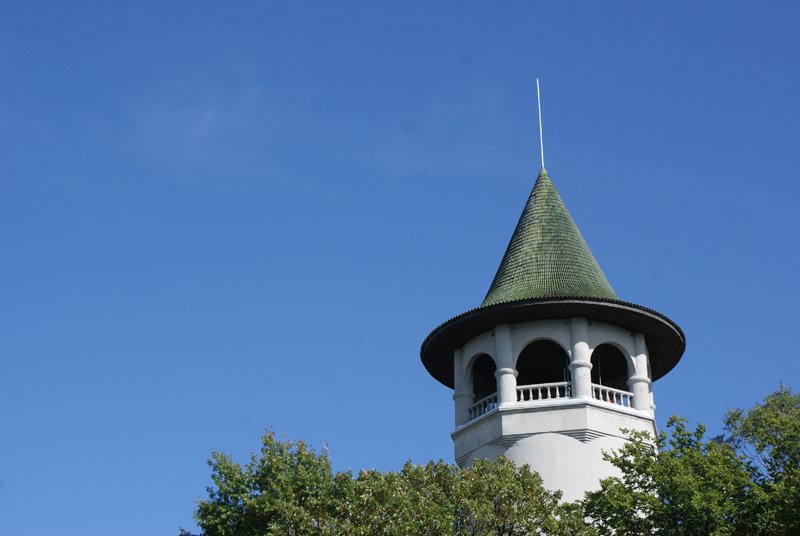 (Photo by Kristoffer Tigue) The Witch’s Hat Tower in Prospect Park was placed on the National Register in 1997.

Citizens opposed the city’s requirements for local designation because of their time-consuming and strict nature.

Along with some other incentives and requirements, national recognition would add the area to the National Register of Historic Places.

Joe Ring, chairman of the Prospect Park East River Road Improvement Association’s historic district committee, said he has been working on getting the neighborhood recognized since 1995.

Areas on the national register have to have historic significance and integrity, Ring said. Usually the majority of buildings in historic districts have to be over 50 years old.

The Witch’s Hat Tower and Tower Hill Park were placed on the National Register in 1997.

Placement on the national register would offer recognition and potentially mitigate federal or state construction work near the area, and some are excited and hopeful that residents will want this.

Designation would also give tax credits to income-producing properties like businesses when they substantially renovate their properties.

“There are so many neighborhoods that would kill to be on a national registry,” said Charlene Roise, a historical consultant who has worked with the neighborhood since the water tower was placed on the register.

Roise examined every building in the area to determine where the boundaries lie and what characteristics define the neighborhood.

The two defining architectural styles in the neighborhood are Queen Anne and Colonial Revival houses, which both came to prominence in the 19th century when Prospect Park began to grow, she said.

The end of the work toward designation comes a few weeks after Ward 2 City Councilman Cam Gordon’s conservation district ordinance, which would allow residents to preserve their area’s characteristics, was approved by the City Council.

Residents could use the ordinance to place stricter guidelines on the kinds of alterations that can be done to buildings in the district. Gordon said he’s hopeful people in Prospect Park and across Minneapolis will use the new tool.

National recognition could deter housing developers from purchasing old properties in the area.

Denis Gardner, who works for the State Historic Preservation Office, said developers have tried to purchase the Pratt Community School several times but backed out to avoid bureaucracy.

In January, the state will put notices out and accept votes from area residents. If a simple majority of residents vote yes, the application will be reviewed by the Keeper of the National Register and most likely will be accepted, Gardner said.

But Gardner and Gordon said some people might not agree to be placed on the register.

“There are people who might not like it because they don’t think the government should even recognize it,” Gordon said.

Other residents say they hope national designation will slow down encroachment on Prospect Park.

“Already we’ve got the light rail, the U, and we’re right next to St. Paul,” said Susan Larson-Fleming, a neighborhood resident. “We’ve had to fight for patience.”