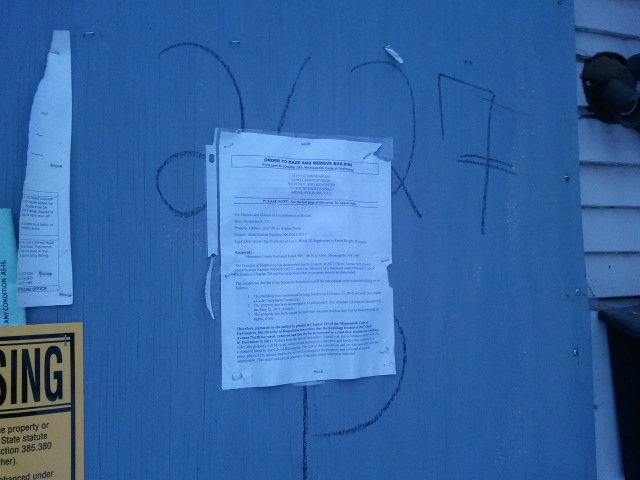 In my previous post, I pointed readers to proposed changes along West Broadway.  The city is also planning to designate a redevelopment area along Penn Avenue and several intersecting cross streets.  The plan’s language seems somewhat innocuous in this initial stage, although it’s unclear yet how it could affect the various D2 light rail designs.  What has me worried though, is the language on the final page of the document, which states:

Minnesota Statutes Section 469.002, Subdivision 14 includes in its definition of a redevelopment project “any work or undertaking to acquire blighted areas and other real property for the purpose of removing, preventing, or reducing blight, blighting factors, or the causes of blight.”

A “blighted area” is defined in Minnesota Statutes Section 469.002, Subdivision 11 as “any area with buildings or improvements which, by reason of dilapidation, obsolescence, overcrowding, faulty arrangement or design, lack of ventilation, light, and sanitary facilities, excessive land coverage, deleterious land use, or obsolete layout, or any combination of these or other factors, are detrimental to the safety, health, morals, or welfare of the community.”

The proposed Penn Avenue North Redevelopment Project area is determined to be a blighted area, based on the characteristics described above. Indicators of blight observed in the project area include deteriorated or damaged building elements, underused or vacant land, poorly maintained premises, unoccupied residential properties, evidence of tornado damage, buildings in need of major repair, physically and/or functionally obsolete buildings, and lack of adequate parking for commercial operations.

Redevelopment activities in the project area will remove blight and facilitate the implementation of City land use policies and redevelopment objectives. 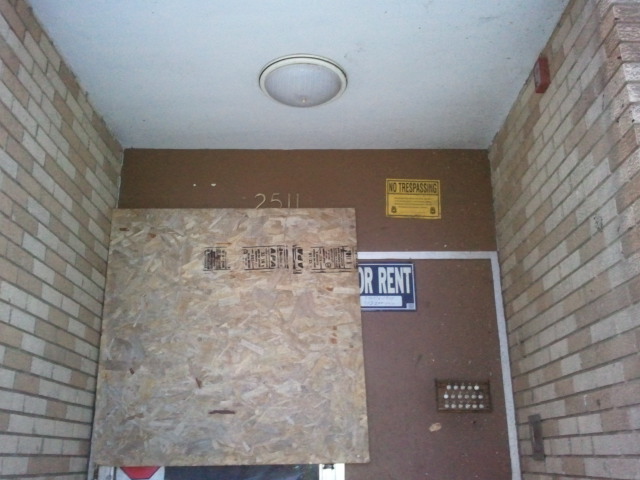 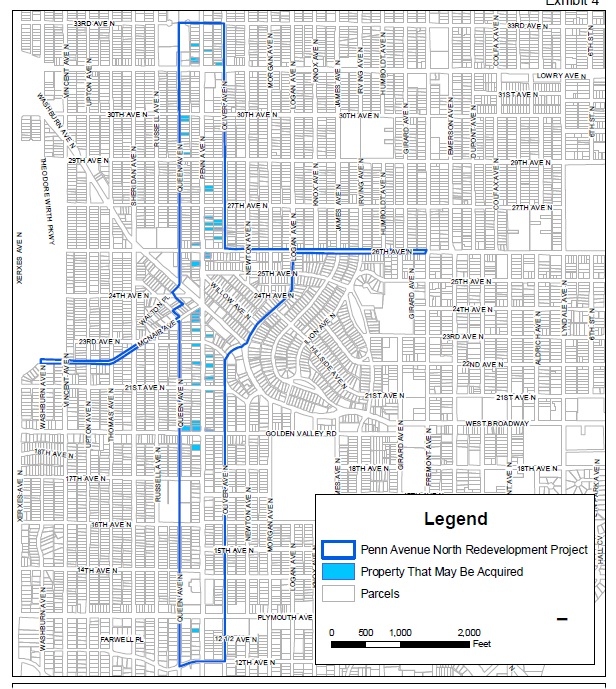 What’s so scary about that, you may ask?  Well at least several homes targeted for acquisition under the supposed guise of addressing blight are owner-occupied properties in the midst of doing repair work after the tornado.  The city has identified forty-two properties that they might acquire and/or demolish as part of the plan.  I will post a picture of every single house or parcel designated as a possible acquisition.  Many are in fact in need of either significant rehab or demolition.  We should also look at who owns adjacent properties to the ones proposed, as that could tell us more about the motivations (both good and bad) for acquisition.

For now, here is that list of forty-two, with links to the city’s website for ownership info, with noteworthy items expanded upon:

Obviously there are some infamous names on the list and the more we can take properties off some of these slumlords’ hands, the better off we’ll be.  I can’t help but wonder though, if the likes of Reitman, Khan, Kwong, and Johnson will continue to neglect their properties right up until the point where it’s time to squeeze every cent they can out of the city.  And of course I’m worried for the owner-occupants on the list.  A photo tour to see each parcel is forthcoming.

Public comments to the city are due to Tiffany Glasper by January 16, 2012.

(Photos by Jeff Skrenes, map from the city of Minneapolis)