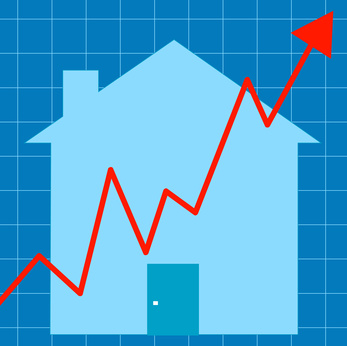 Are your property taxes going up this year? Join the club – that’s true across Minnesota. The amount due on the property tax bill is clear. Beyond that bottom line, property taxes are harder to understand, and myths abound. If your home’s estimated market value goes down, will your taxes go down, too? If you add a second story to your home, will your taxes go up?  Is it true that “market value has no relation to actual property value?” Is it true that “tax rates vary by neighborhood?” Read on for answers to these questions, and more.

Why are property taxes going up?

First, local governments lost state funding. The state has cut the amount of Local Government Assistance (LGA) that it gives to local units of government. The state also delayed delivery of funding to school districts, which meant some districts had to borrow money while they wait for state funds to arrive, which meant paying interest on the loans in addition to regular operating expenses. Less state aid means local governments and school districts need to raise more money from local property taxes. (For an in-depth discussion, see The Basics of Local Government Aid in Minnesota on MPR.)

Second, the overall tax base has lost value.

These are not normal times. Since 2008, the entire tax base for local government has decreased. It’s not just your house losing value – it’s everybody’s home, apartment building and business. Scott Lindquist from the Minneapolis Assessor’s office explained that the tax rate is the total levy amount divided by the tax base – basically, a long division problem. To get the same amount of income from taxes, local governments have to increase the tax rate.

Fast forward to 2011, after the crash of the real estate market. Now the total value of real estate in Andersonville has dropped to $700 million dollars. Andersonville still needs just as much police and fire protection, has just as many students in its schools, and has just as many miles of streets to keep up. So doing the long division raises the rate to 1.429 percent in order to raise the $10 million in the budget.

In some states, such as California, the levy is set at a fixed percent, rather than a dollar figure. That was part of the impetus for Proposition 13, because the same levy percentage raised more and more money for government, just because property values kept rising. Of course, today’s declining property values mean less money from the same percentage levy.

Levying in dollars, as Minnesota does, is considered good for consumers, said Lindquist, because it’s easy to understand. When a local government body levies a dollar amount, it’s clear whether the amount has increased or decreased from the past year.

What about my house?

Start with the basics – property taxes are assessed on real estate that you own. That includes the home you live in, the duplex that you rent out, and the cookie store you own. The tax story is different for each of these properties. (For a good overview, see Overview of Property Taxes: Handout, prepared by the Minnesota House of Representatives research department.)

There are at least two dozen classifications, set by Minnesota statute. The classification is a major factor in determining the tax rate for the property. Commercial and industrial property pay higher tax rates than residential property, for example. Homesteads (the home you own and live in) pays a lower tax rate than most non-homestead residential property. So, in the example above, you would pay three different tax rates – the lowest on the home you live in, a higher rate on the duplex that you rent out, and the highest on the cookie store that you own.

Back to the questions at the beginning of the article: If you add a second story to your home, will your taxes go up? Is it true  that “market value has no relation to actual property value?”

Property tax bills combine taxes paid to support several different parts of local government – county, city, school district, Metropolitan Council. Each of these local government entities levies taxes to support its operations. (Sometimes a special levy is voted on for a specific purpose and time period, such as a special school levy.)

Back to the question at the beginning of the article: Is it true that “tax rates vary by neighborhood?”

Other jurisdictions also have tax levies, such as park districts (in Minneapolis, but not in St. Paul) or libraries or watershed or mosquito control districts.

Many Minneapolis taxpayers received a valuation notice last week. That’s just one step in the lengthy property tax cycle. Minneapolis describes the entire tax cycle on a city website.  Ramsey County has extensive on-line information, as does the Minnesota House of Representatives.

CORRECTION 2/15/2011 -Thanks to Kevin Wynn for catching (and telling us about) a decimal point error! Corrected to: “So doing the long division raises the rate to 1.429 percent in order to raise the $10 million in the budget.”