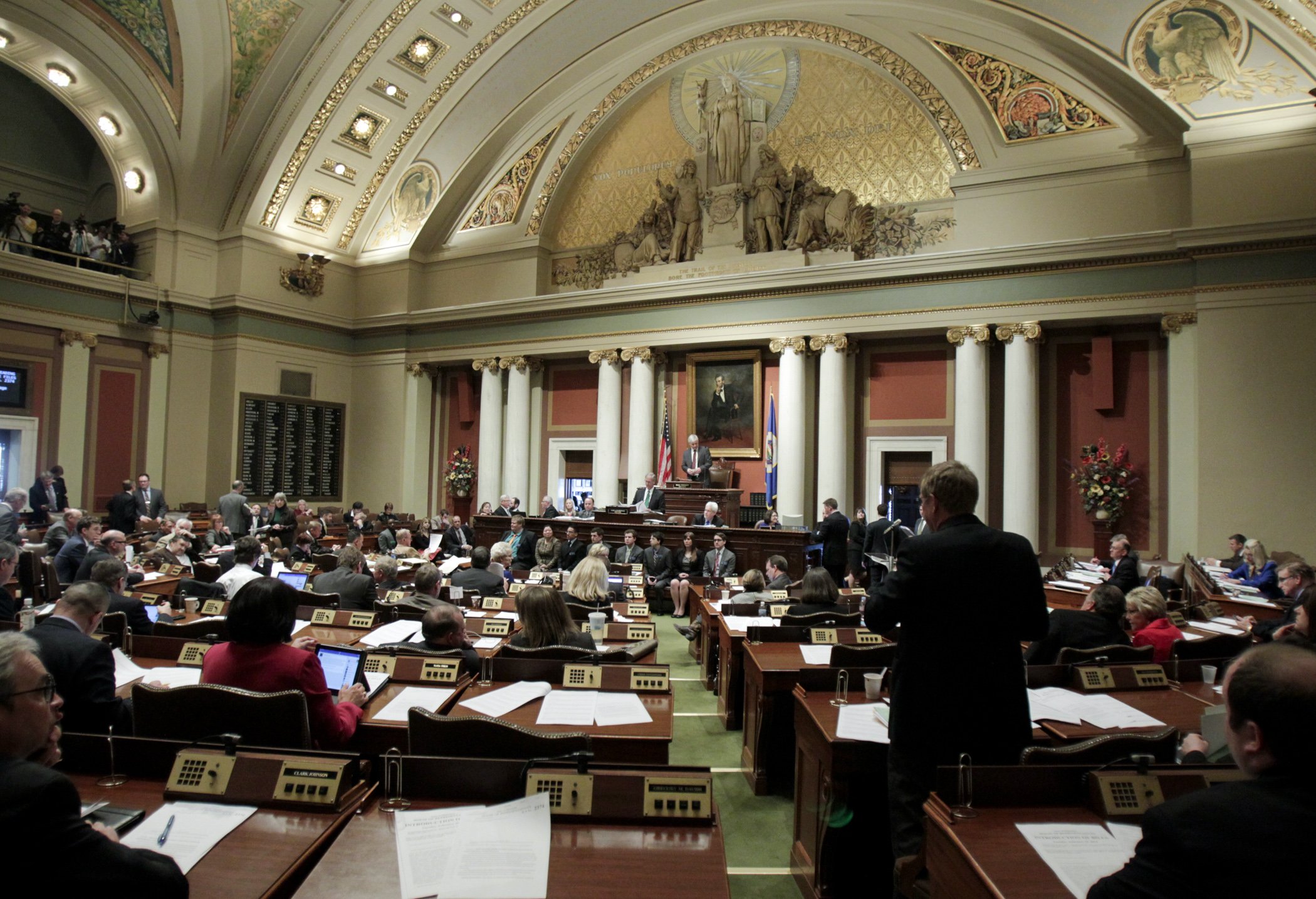 Fund to a program that provides energy assistance to low-income residents. (Photo by Paul Battaglia)

But another audible clue echoing throughout the House Chamber might have been “Ka-ching!” because lawmakers enter this session with a projected state budget surplus at their fingertips.

The November 2013 budget forecast anticipates an $825 million surplus available for the current biennium.

However, that number is expected to soon change.

Whether the current surplus has grown or shriveled is expected to make headlines on Friday when the newest state budget forecast is scheduled to be released.

The last time legislators entered an even-year session with a sizable surplus projected for the current biennium and the next was in February 2006, according to Bill Marx, House chief fiscal analyst. 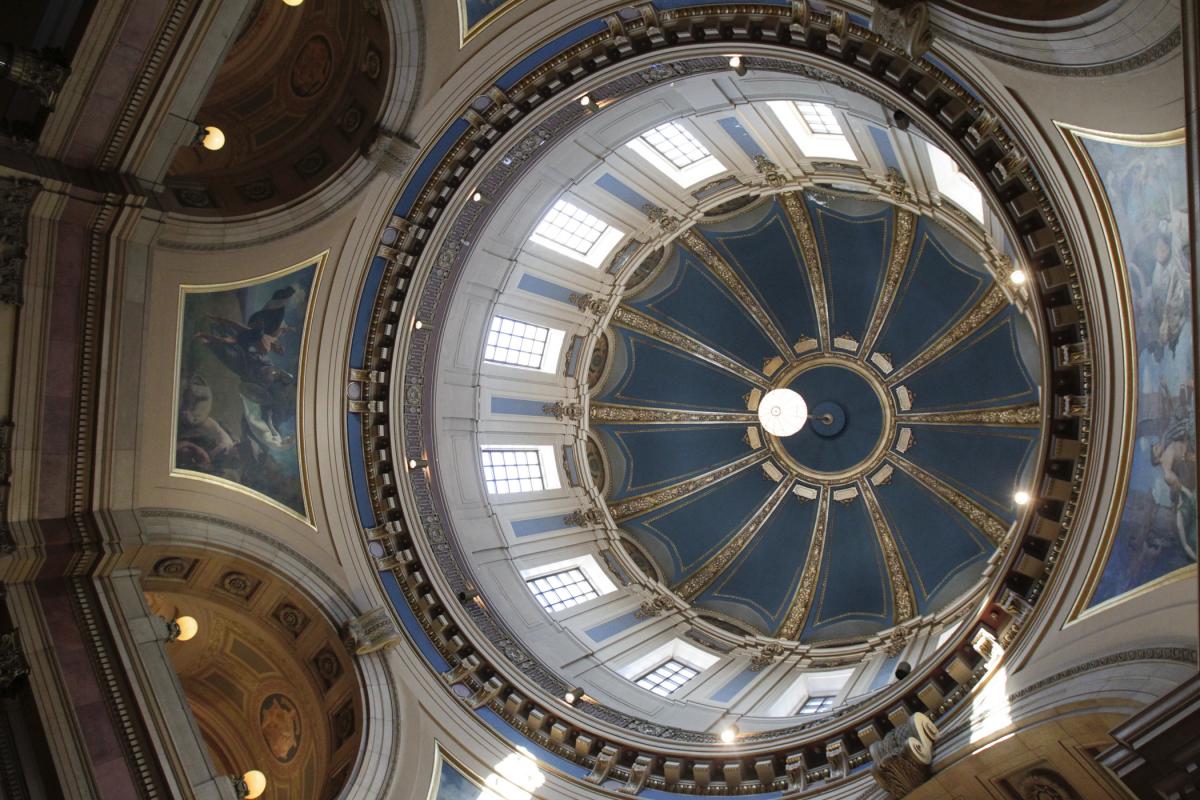 The Rotunda chandelier is lit for the first day of session Feb. 25. (Photo by Paul Battaglia)

The state budget has been reviving for some time, with five positive forecasts in a row since November 2011.

But the additional $4.5 billion that has filtered in since then, by law, has gone to replenishing the state budget reserve, buying back the school funding shift and other tasks.

The General Fund was not impacted — until now.

However, some lawmakers do not view the projected surplus as all that big.

If lawmakers pursue a repeal of last session’s business-to-business taxes and pass federal tax conformity legislation, the bulk of the surplus will be gone, said Rep. Jerry Newton (DFL-Coon Rapids). 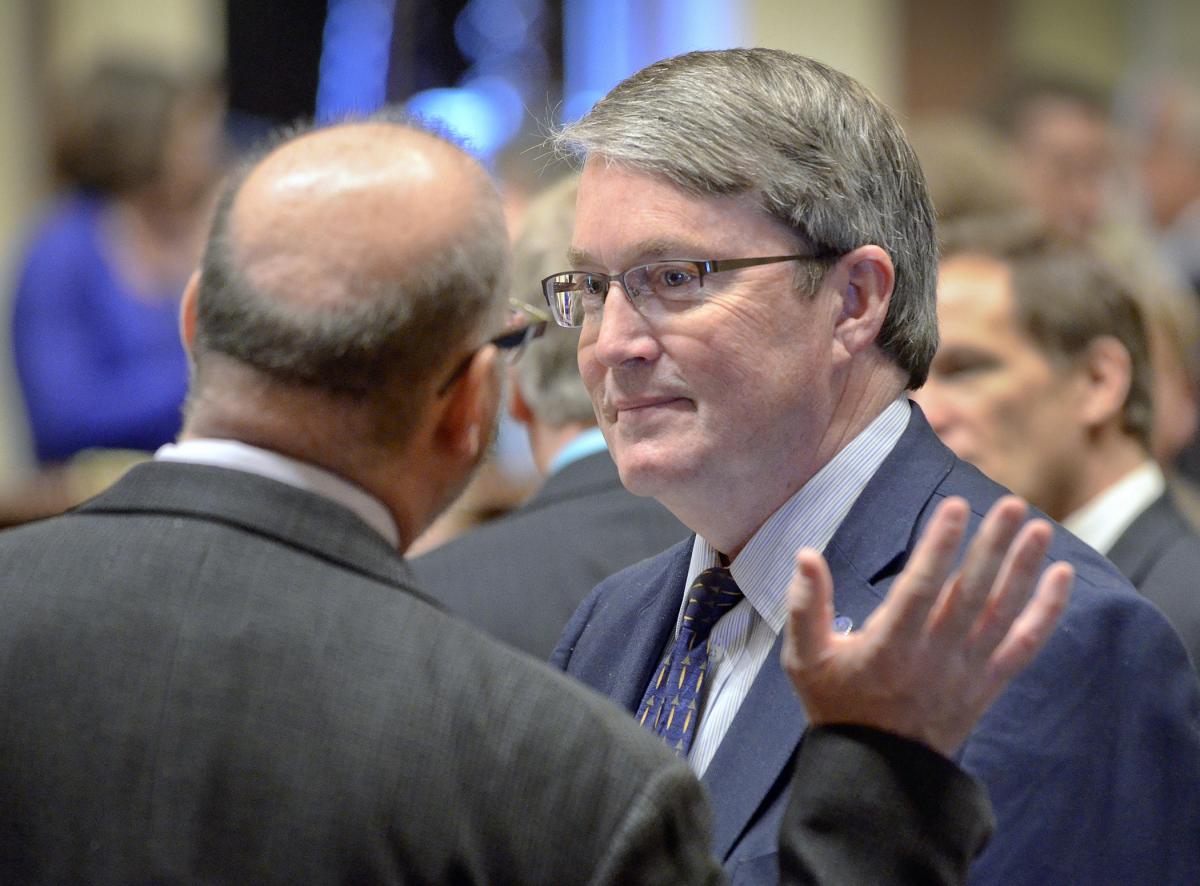 Right: A pair of transportation advocates, Rep. Michael Beard, right, and Rep. Frank Hornstein, greet each other on the opening day of the 2014 session. (Photo by Andrew VonBank)

Despite the potential of additional dollars, Rep. Lyndon Carlson , Sr. (DFL-Crystal), chair of the House Ways and Means Committee, does not anticipate reopening the state budget that was passed last year.

“There will be some adjustments, but it will be very limited,” he said.

Rep. Alice Hausman , (DFL-St. Paul) agrees. She champions a “hands off” approach to the state budget to avoid “a feeding frenzy.”

Instead, Hausman, chair of the House Capital Investment Committee, argues for use of surplus dollars in addressing backlogged capital improvement projects.

“We should use the money we have,” said Rep. Bob Dettmer (R-Forest Lake).

Lawmakers differ on whether having a budget surplus makes legislating easier.