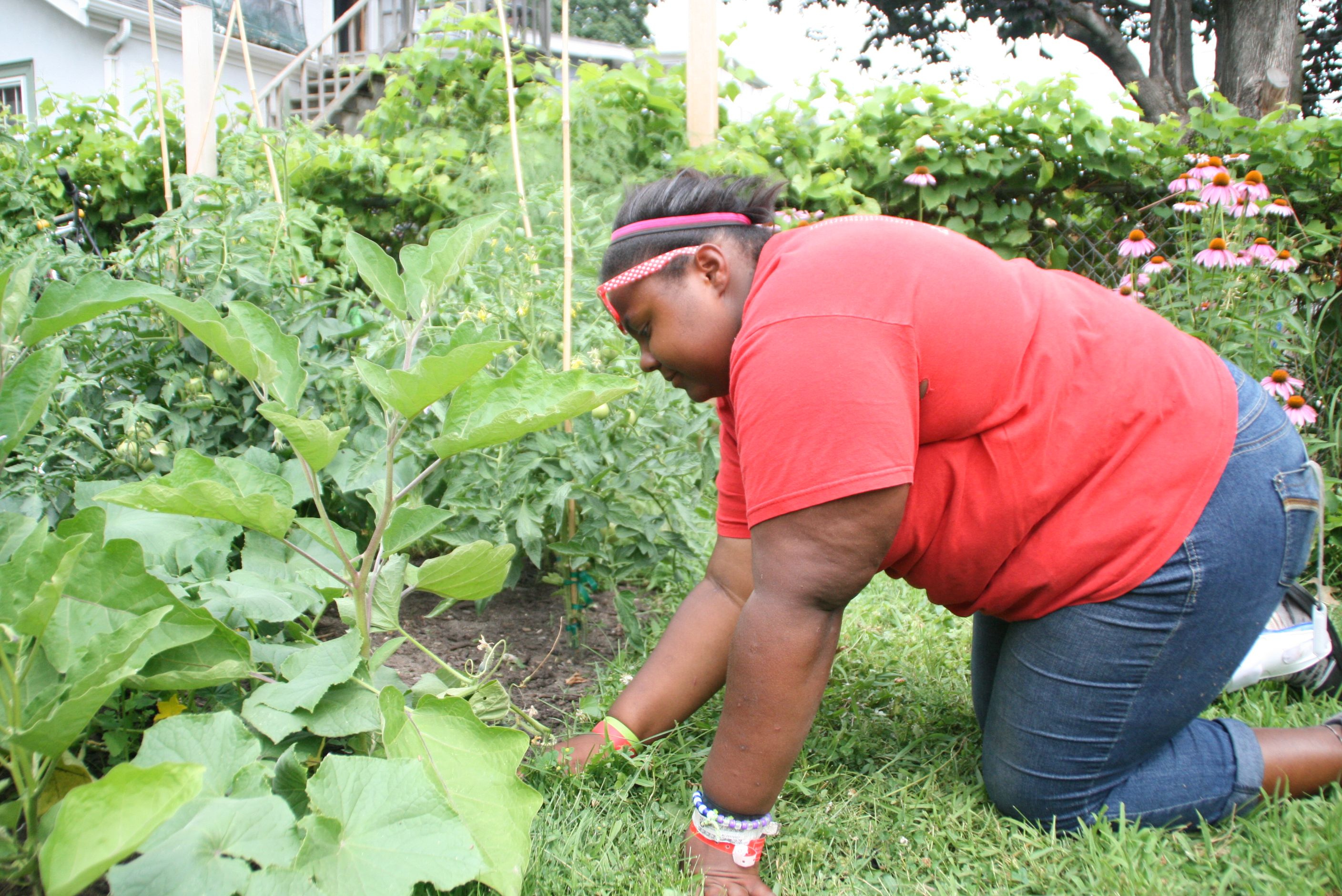 It began in 2010, with sweet potato pies and a new idea. The new idea was to create sustainable agriculture in the heart of the city, letting kids learn to grow vegetables and then (the new part) to show them how to sell what they grew to local businesses.

Project Sweetie Pie is the brainchild of community organizer Michael Chaney and Rose McGee, the owner of Deep Roots Gourmet Desserts. Their idea was to train high school students in North Minneapolis to plant, maintain, and harvest food from gardens as a commercial enterprise.

“We started with five gardens in 2011.” said Chaney. “This year we have 20. We’re trying to replicate the whole food system and get young people involved.” The gardens, he said, offer kids an opportunity to learn skills that may lead to future jobs and to give them something to do that might keep them out of trouble. He also hopes that it can help pull North Minneapolis out of poverty.

“We can’t get a big company to come to North Minneapolis,” he said. “But what we can do is get empty lots and turn them into food production. This is getting the community involved in the free market system. There are 1,800 empty lots in North Minneapolis, some because of the tornado.”

But, he insists, some of the empty lots could be used to grow food and to train kids in urban agriculture. “Instead of urban blight, we could have luxurious gardens,” he said.

Project Sweetie Pie is based mostly in North Minneapolis, but has joined forces with another project, the Gandhi Mahal Farm Project, where young gardeners grow produce they then sell to Gandhi Mahal, a nearby Indian restaurant.

“It takes a village,” said Chaney. “We want to give our young people a chance to learn about different types of gardening styles, so Project Sweetie Pie sends a workforce to the Gandhi Mahal gardens. HECUA (Higher Education Consortium for Urban Affairs) sends in college students to learn about urban farming and to get practical experience.”

Gandhi Mahal’s owner, Ruhel Islam, is passionate about viable food systems. “It’s my dream to have self-sufficient growing systems,” he said. Islam said that creating more opportunities for farming in the city is good for the planet and gives a community of young people a chance to learn about agricultural sustainability.

“We’ve been doing farming in front of the restaurant since we opened in 2008,” he said. “I grew vegetables at my own house. Now, with the Gandhi Mahal Farm Project gardens, we get green peppers, okra, squash, cucumbers, peas and more brought to the restaurant every day from 12 different gardens.”

The restaurant buys everything harvested. This year, they expect to bring in 10,000 pounds of produce.

The kids can work up to six hours a day and have a chance get paid at the end of the growing season. They also get to try out free meals at Gandhi Mahal.

Seth Schramm, a 21-year old University of Minnesota student who majors in biology with a minor in society and the environment, supervises the smallest of the HECUA gardens. He estimates that the 200 square feet of garden space will produce about 200 pounds of food.

“The kids work on the project for a month and a half,” he said.  “The ideal goal is to make urban farms a model to benefit the community and teach young volunteers about gardening,” he said. “We are planting the seeds of economic growth.”

The garden is located in the backyard of the South Minneapolis home owned by Jeanne Burns and Liz Oppenheimer.

The two women said the reason they offered their backyard to the Gandhi Mahal Farm Project was simple. “We hate grass,” said Burns. “We thought more acres could be devoted to growing local food.”

HECUA and the Gandhi Mahal Farm Project are currently trying to raise money through a Kickstarter project. The deadline to help finance the garden-to-table project is August 5. If the hoped-for $10,000 is raised, the money will go to pay for a fleet of carbon neutral bicycle rickshaws imported from Islam’s home country of Bangladesh. The rickshaws will transport produce from the gardens to the restaurant. If they can raise a bit more money, some of it will go to build a greenhouse to be used by Project Sweetie Pie.

Ciara Jones weeds the garden despite a gardening injury: a hurt ankle.

A garden on 22nd Avenue has chickens as well as produce.

Even a small backyard garden can yield a lot of food.

Several pounds of peas and green beans were picked by the kids.