Just about 20 years ago when Lois Lowry’s The Giver was published, there was no “dystopian rage.” Today, when The Hunger Games trilogy is taking today’s youth by storm and the movie is grossing a gross amount of money in the box office, I still stand by The Giver. Sure, I think The Hunger Games is an entertaining-enough read and broaches an interesting modern topic, but it doesn’t have the depth that The Giver does. But even while the novel has held its relevance since 1993, I can’t help but think that it isn’t reaping at least a smidge of the benefits from The Hunger Games’ success (there’s talk of a 2013 film starring Jeff Bridges). And to that I say … hooray!

My English teacher in 7th grade read The Giver out loud to us and I remember being enraptured in the story. Middle school was, as I’m sure it is for almost everyone, a tumultuous time. The Giver reflects the angst of Jonas, who doesn’t know his place in the world. And, in all honesty, I feel like I can still relate; I’m still figuring out what I want to be when I grow up. The tale is not a feel-good by any means, but for some reason that’s exactly how it made me feel. Knowing that what you’re going through isn’t unique is comforting, and that the alternative to “sameness” is preferable; even if it means experiencing pain.

Project Opera’s production of The Giver came to be thanks to its page set up on Kickstarter, raising over $20,000 from its backers. Composer Susan Kander was adamant in reminding us (the reviewers/bloggers/sketchers) that this was a dress rehearsal—they hadn’t actually run the whole thing in its entirely. And, really, I wouldn’t have known otherwise. The production was smooth, and the cast, ranging from ages 10 – 18, was downright impressive.

Even though the atmosphere was pretty laid back at the Minnesota Opera Center on Thursday night, there really was something special going on. With Kander and Lowry in the audience and talking to people like me before the show. I was able to steal an autograph from Lowry before taking my seat. And after the show ended, there was a group of kids who were in the opera, still dressed in their beige uniforms of sameness, gathered around and having her sign their own books and programs. It was my favorite moment of the night. The production made me feel excited about the book again like I did in 7th grade, and even more so to see that kids are excited about it, too.

I read The Giver in seventh grade. It is the first book I can remember ravenously consuming, internalizing in a way that not only messed with my mind, but hurt my heart. Seventh grade was a particularly tough year, and I identified intensely with Jonas’s search for place. The Giver was my favorite book for a solid four months–quite the run for a book-crazy middle schooler. (It was unseated by To Kill a Mockingbird, which we read in class a few months later.)

Strangely, I’ve never revisited it. I’ve never even considered rereading it. After such an intense experience the first time, now that I knew the twist that awaits me at its end, could I still enjoy it? Maybe it’s one of those childhood books that’s never quite as good as you remembered–I wouldn’t want to lose the memory I have of it to that harsh reality.

Luckily, on Thursday I had the opportunity to refresh my memory of Lois Lowry’s complex and affective story. The Minnesota Opera staged this weekend, to all sold out shows, Susan Kander’s operatic adaptation of the novel. For a story as dramatic as Lowry’s opera was a natural fit. With all actors between the ages of 10 and 18, the performances were, with rare exceptions, impressive and inspiring.

As with good performance, though, it was the story that lingered after the actors’ awkward bows. I had forgotten just how intense the plot is. Just how little control these people have over their own lives. Just how deprived they are of any sensory experience. Just how confusing this world is to navigate for a young person. At 14 I was eager to tell anyone who would listen how confused I was, how little authority I felt I had over my own life. I began to delve into the worlds of art, music, and film, and found experiences I never knew I was missing. In many ways I was Jonas, a fact I’d forgotten in the past ten years.

You can use the story of The Giver, whether in book, opera, or rumored in-process film form, to discuss any number of global existential issues. Parents and educators all over the world were shocked and upset by what they saw as a political agenda, critique of religion, and call to rebellion. But as a seventh grader, and last week as an 18th grader, it was and is a story about finding a way to use your talents to help those around you–self-indulgent identity crisis aside, determine what you can do to make things better. And that’s transcendent–14 to 24, book to opera. 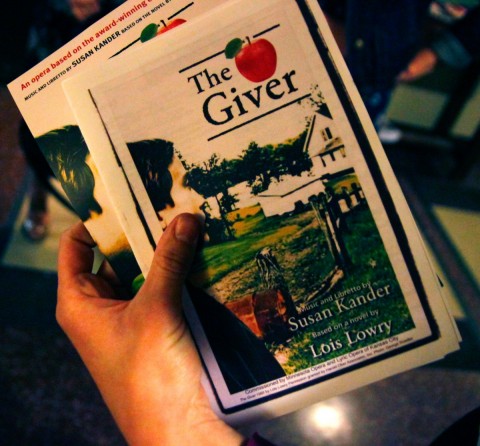 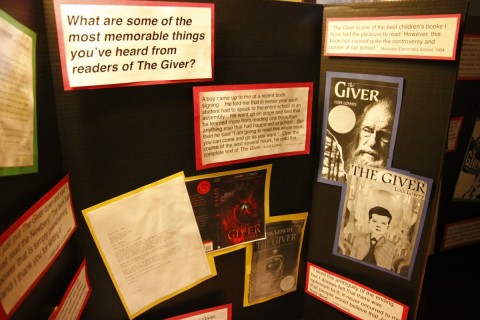 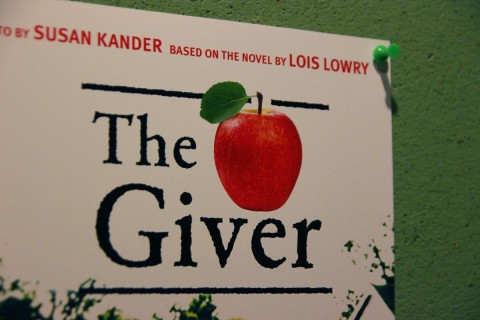 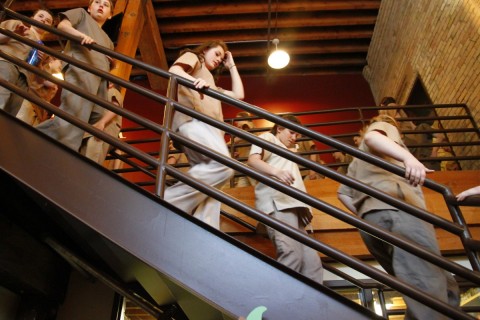 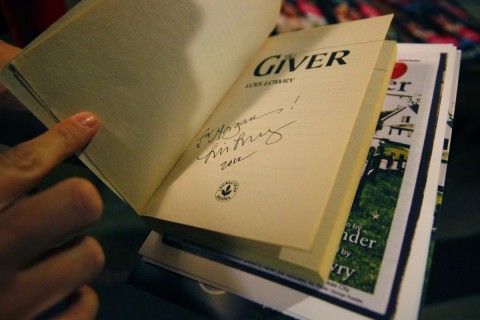 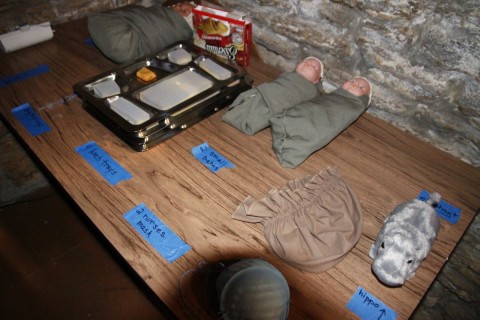 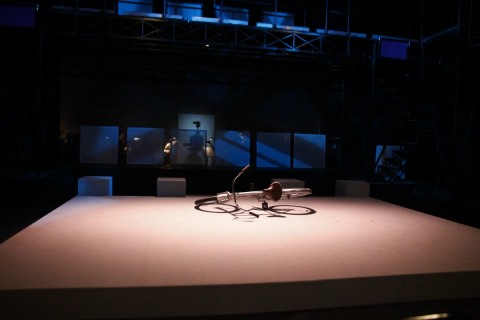 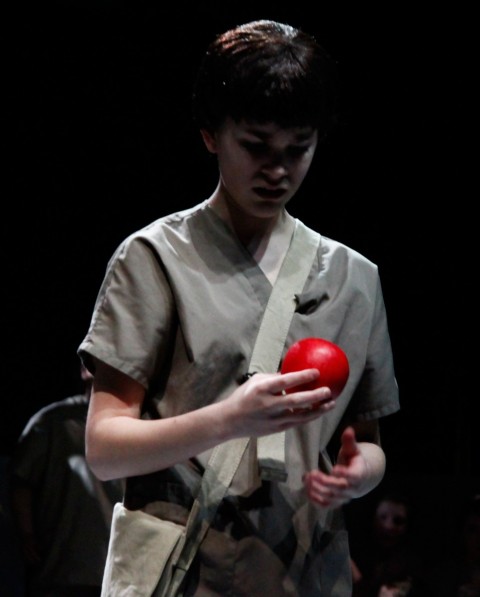 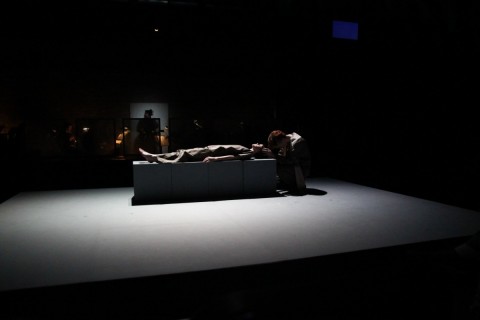 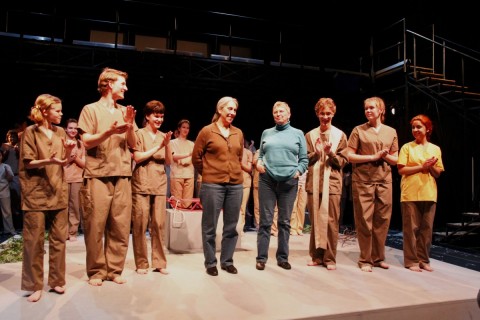 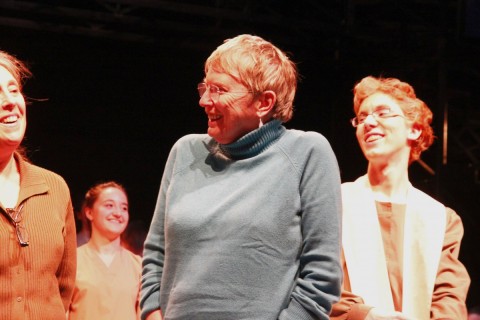 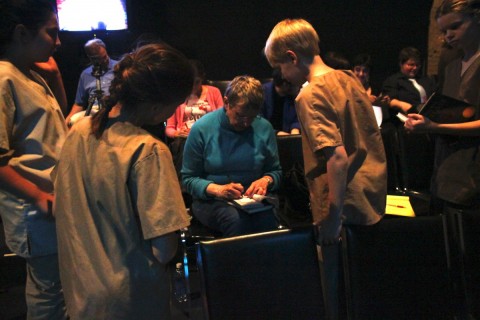