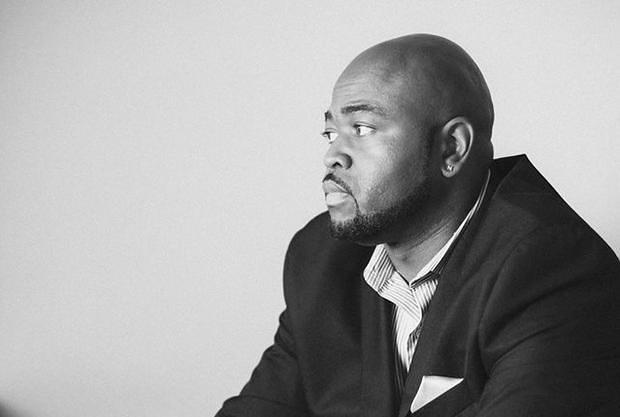 Jason Sole realized he had become a statistic when he was convicted for a felony for the third time. Since then, after a life of selling drugs, gang activity and losing close friends, Sole decided to turn his life around.

Originally from Chicago, Sole tells his story in the compelling memoir “From Prison to Ph.D.: Memoir of Hope, Resilience and Second Chances,” which is up for a Minnesota Book Award. The raw storytelling follows Sole’s life chronologically from a bright kid with a troubled home life to his dissent into crime, followed by his journey out of the system to where he is today. Now, Sole teaches as an adjunct professor at Metro State University and runs a firm that offers training to help with at-risk-youth and criminal justice agencies in Minnesota.

In an interview, Sole said he wishes he could go back and choose not to sell drugs when he was young. With a father who was a heroine addict and a mother that tried to make ends meet, Sole was angry and saw selling drugs as a way to obtain things in life he couldn’t otherwise afford.

“I chose to sell drugs because I was tired of being poor,” Sole said. “I was tired of not having things, and it was material things. My mom provided but I wanted more than just the basics.  I wasn’t a kid that went hungry. I wanted to shine.”

It wasn’t long after Sole started selling drugs that he eventually joined the Black Stone Rangers, a gang in Chicago. In a particularly harrowing passage of the book, Sole describes the day he was joined, when he saw the gang members beat up a young woman who had gotten pregnant from a rival gang.

At fourteen years old, his mother caught him with a kilo of crack, and sent him to live with his aunt in Iowa. It was there that he experienced overt racism for the first time, having previously grown up in Chicago’s segregated South Side, where nearly everyone in his community, including his teachers and school principals were Black.

He excelled in basketball, held down a job and did well in school, but his tumultuous relationship with his Aunt led to him getting kicked out of the house, sometimes for a month at a time. Finally as a senior, Sole saw a way out by joining the Air Force. He was accepted but it was not to be, because of the Asthma he had when he was a child.

“It just ruined me,” Sole said. He threw himself into drug dealing and gang life full force and moved to the Twin Cities.  Soon after, he got caught with a firearm “because I pretty much had checked out,” he said.

Sole’s book details how he ended up prison three times and how he eventually was able to find the strength within himself to re-enter society, find housing and go back to school.

Today, Sole has found a way not only to excel in his own life, but to help ensure other young people don’t get caught in the system. Last year, he was awarded a Bush Fellowship for a two-year project aimed at reducing recidivism for juvenile offenders.

The problem, Sole said, is that the juvenile justice system separates young people from their communities.

“A lot of kids get released from a correctional setting and all too often end up in a system,” Sole said. “Too many kids with potential and great abilities are not given a chance when they are released.”

As a Bush fellow, he wanted to reduce that number of repeat offenders. One of his projects included having Family Night at the Juvenile correction center in Red Wing, where only five percent of young people receive visits. Sole rented a 14-passenger vehicle and picked up families, and provided cars as an incentive to come out to the event.  They held a barbecue and allowed families a chance to connect. “Even with small changes you can see a difference,” he said.

Sole has long had a passion or activism. Even as a kid, he was socially conscious, giving speeches of the first Black Mayor of Chicago, Harold Washington at competitions. As a student back in 2004, he used to volunteer for Angela Davis and for years has been active in breaking the school-to-prison pipeline, giving trainings with the Children’s Defense Fund and working as a Freedom School Teacher.

More recently, he has been involved in the response to police brutality, traveling to Ferguson and participating in activism here in the Twin Cities. “When I see something that’s not right, I speak about it,” he said.

Part of his reason for putting out his book is that despite mistakes he’s made in the past, what’s on his record doesn’t show the person he is today. “In putting out the book, I wanted to show my humanity,” he said. “People look at someone with a felony background and see them by their worst deed. What’s on paper doesn’t match who I am.”