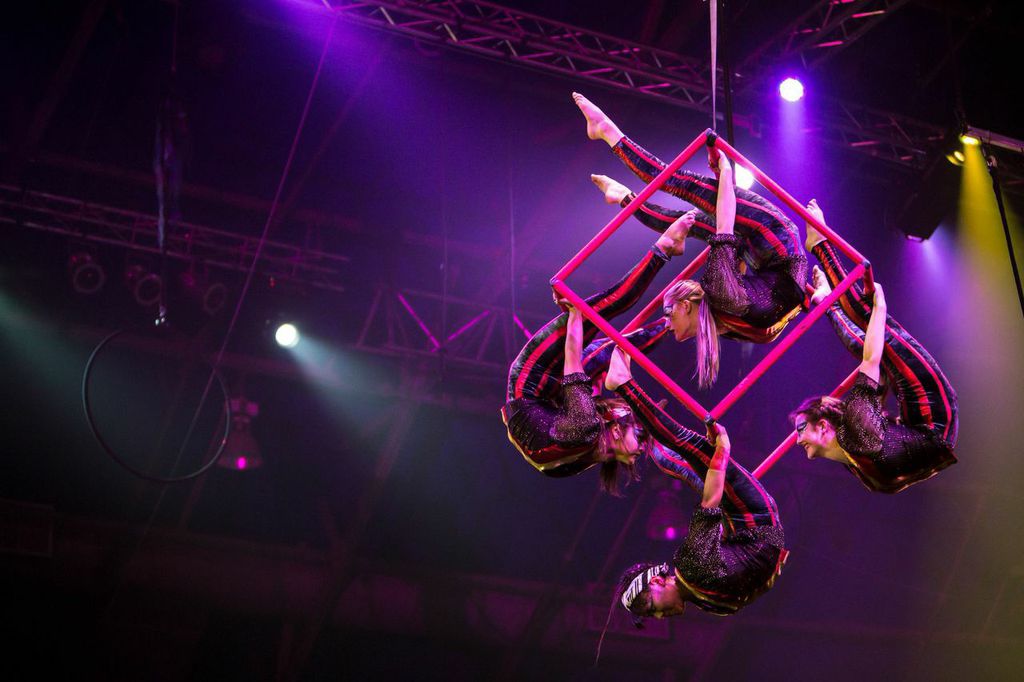 Weather in Minnesota may be flirting with winter and spring at the same time, but across the Atlantic some Twin Cities ambassadors are heating things up. The occasion? The Waldoni Circus Festival in Darmstadt, Germany. The ambassadors? Charlotte Richardson-Deppe, Jenna Ober, Rabiya Sehgal-LaRocque, and Shayna Rutledge ­– four area high school students who are also members of Circus Juventas.

The Waldoni Circus Festival is an international venue for amateur circus performers to train, perform, compete, and mingle; participants come from as far away as Asia and the Americas, often to see acts and routines that they’ve only heard of by word of mouth – and, often, to model some of them firsthand. The Circus Juventus team, led by Central High School senior Charlotte Richardson-Deppe, will showcase an act called the spinning cube (pictured) – an act that she has been practicing for three years. Each member of the team has been training with Circus Juventas for several years, and all of them are competing internationally for the first time.

This is not the first time that Circus Juventas has ventured abroad; in 2010, their Triple Trapeze team took home a gold medal from the International Youth Circus Festival in Norkpping, Sweden.

Also with the competitors is coach Chimgee Haltarhuu. Jenna Ober is a junior at Washburn High School, Rabiya Sehgal-LaRocque is a junior at Highland Park Senior High School, and Shayna Rutledge is a senior-year student in a homeschool program. The Waldoni Circus Festival runs from April 7-12.