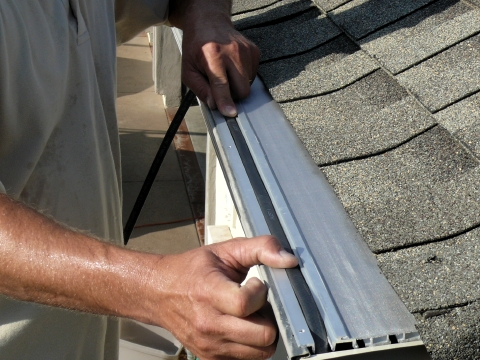 by Jay Gabler | 8/25/09 • In Elizabeth Berg’s book Range of Motion, a wife struggles to cope as her husband lies in a coma. Throughout the book—which is actually quite moving and thought-provoking despite being available in a mass-market edition with gilded letters and one of those peek-a-boo diecut covers—the woman reflects on all the little things that married people sometimes take for granted when their partners are not rendered unconscious for months after being struck by an icicle.

That’s right…the villain is an icicle. Does this sort of thing happen often? Well, according to Gutterglove Gutterguard, makers of the IceBreaker gutter heater and the LeafBlaster gutter filter, “in Moscow, TASS news agency reported on February 26, 2008, ‘Six people have been killed in three days by icicles falling from buildings in a central Russian region.'” Further, “Report by Rachelle Bowden of the Chicagoist.com, ‘In 2000, Donald Booth, a Wisconsin man, was walking down the sidewalk past the Neiman Marcus building (in Chicago) when a microwave-size piece of ice fell from the sky, crushing his skull and vertebrae and instantly killing him.'” A little quick Googling yielded a blog entry from Albany, New York, which links to several other examples—and notes that Minneapolis is one of the risk areas. The question is, what’s it worth to you to protect your loved ones (and mail carrier) from being smote by icicles?

I inquired with Gutterglove and received an extremely informative response (complete with photos) from Robert Lenney, whose title is “Co-Founder/Co-Inventor Gutterglove & Rain Harvesting Systems.” Not being familiar with gutter protection technology, I had to read it a few times. The upshot is that you can protect your gutters from leaves and debris for between $2 and $9 per foot—depending on how much protection you want and how much of the installation work you want to do yourself—but if you want IceBreaker gutter guards, that’s going to run you $23-$27 per foot. (You also get the anti-leaf protection thrown in as a bonus.) The Google consensus is that the average house has about 150-200 feet of gutter, which puts you in the $4,000-$5,000 range.

The question you have to ask yourself, punk, is: Do I feel lucky?