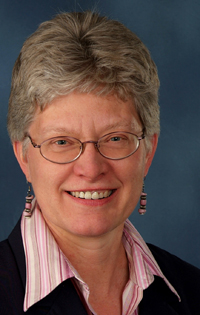 It was only after she completed a couple of projects that it hit Linda Coffin: She thought, “I can do this. I have the interviewing, research and layout skills.”

“This” is acting as a personal historian, a burgeoning field that Coffin, who is the owner of a graphic design business, stumbled into nearly by accident: A friend asked Coffin if she would help with a gift for her mother. “She wanted to give her mother the gift of publishing the letters her parents wrote to each other during World War II, when her father was in Europe and her mother was running the farm in Nebraska.” Coffin’s friend edited the letters, Coffin did the design and layout. The result was a beautiful book. Soon she took on another project: helping a man tell the life story of his wife, who has Alzheimer’s.

“Their children remembered her as she used to be, but not their grandkids,” Coffin recalled. She used letters from and about the woman, photographs and diary entries.

Along the way, Coffin found herself hooked. She hopes that someday soon HistoryCrafters will be her full-time business. (It currently takes more than half her time). She interviews, does genealogy research, and helps people tell their stories; the product is a finished book. Coffin now serves on the national board of the Association of Personal Historians and is writing a book about the history of the Quakers in Minnesota. She finds her work deeply satisfying.

“So many people are getting this idea all of a sudden,” she commented, citing in particular the “World War II ‘greatest generation’ concept … it’s important to get these stories now, while we can.” She speaks from experience: After her father died and Coffin was moving her mother out of the family home, she found memorabilia that her mother couldn’t explain. As a result, some of her family’s history died with her father. If Coffin has her way, that won’t happen to others.