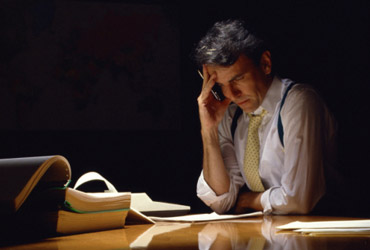 With an agreement to enact more school aid shifts and issue tobacco bonds, it looks as though the state shutdown will end without any new and permanent revenue sources.

These one-time budget fixes likely mean the state will face a deficit in the FY 2014 – FY 2015 biennium, meaning that policymakers will once again be debating reductions and revenue in 2013.

Despite what conservatives say, Minnesota has a revenue problem, not a spending problem:

How big the deficit will be, and whether or not it will lead to another shutdown, remains to be seen. However, there are some things we do know about the budget shortfall the state will be facing in two years.

Additional shifts to school aid payments look like they will save state government $700 million this time, but they came on top of a $1.8 billion shift from FY 2010 – FY 2011 biennium.

If the state plans to restore a normal schedule of school payments, it will cost more than $2 billion in the next biennium’s budget. An extension of the shifts would be unsurprising, considering it was one of the first things agreed to during this year’s budget negotiations.

Continuing the shifts, however, will force schools to borrow money year after year to make up for the dramatic split in payments between years, costing them thousands of dollars in interest payments—money they could be spending elsewhere.
The state will also borrow $700 million through tobacco bonds. Considering inflation, the rising cost of health care and population growth, these shifts will put policymakers a few billion behind whatever projected revenues might be for FY 2014 – FY 2015.

This will leave lawmakers with many of the same questions they faced this year, but it won’t necessarily lead to a shutdown. Two major unknowns still remain for 2013: the economy and elections.

The economic picture doesn’t look like it’s going to rebound enough to overcome these one-time shifts and our steep revenue decline—which is due in part to the Great Recession and what have proven to be unsustainable tax cuts from a decade ago.
We balanced the FY 2010 – FY 2011 budget with more than $2 billion in stimulus money. But with the federal debt crisis and no political will for more stimulus, federal help isn’t likely.

Add to that thousands of public workers at all levels of government likely to be out of jobs and state funding for important projects slashed, and Minnesota’s economy could remain stalled, despite private sector gains.

Fortunately, Governor Dayton was able to block a proposal that would have reduced the state workforce by 15 percent, preventing even more Minnesotans from losing work. Another silver lining is his bargaining for a $500 million bonding bill that will put more construction workers on the job. That could help augment other gains in the private sector, or at least stabilize the economy.

This budget also puts conservatives on the hot seat. They protected millionaires from paying their fair share to balance the budget in a progressive and more sustainable manner, claiming “we can’t tax job creators.” This conservative economic policy, which we’ve followed the last eight years, has failed to produce a more prosperous Minnesota for all Minnesotans, and there’s no reason to believe it will produce significant job growth and economic development as we head into the FY 2012- FY 2013 biennium.

This brings us to the 2013 budget negations. Divided government and a conservative legislatures’ failure to compromise on progressive revenue has left us with the possibility of a similar budget battle in 2013.

Two years is a long time, though. In the interim, policymakers will hopefully learn an important lesson from this year’s failure: that the budget isn’t a one-time problem, and deserves more than a one-time solution.