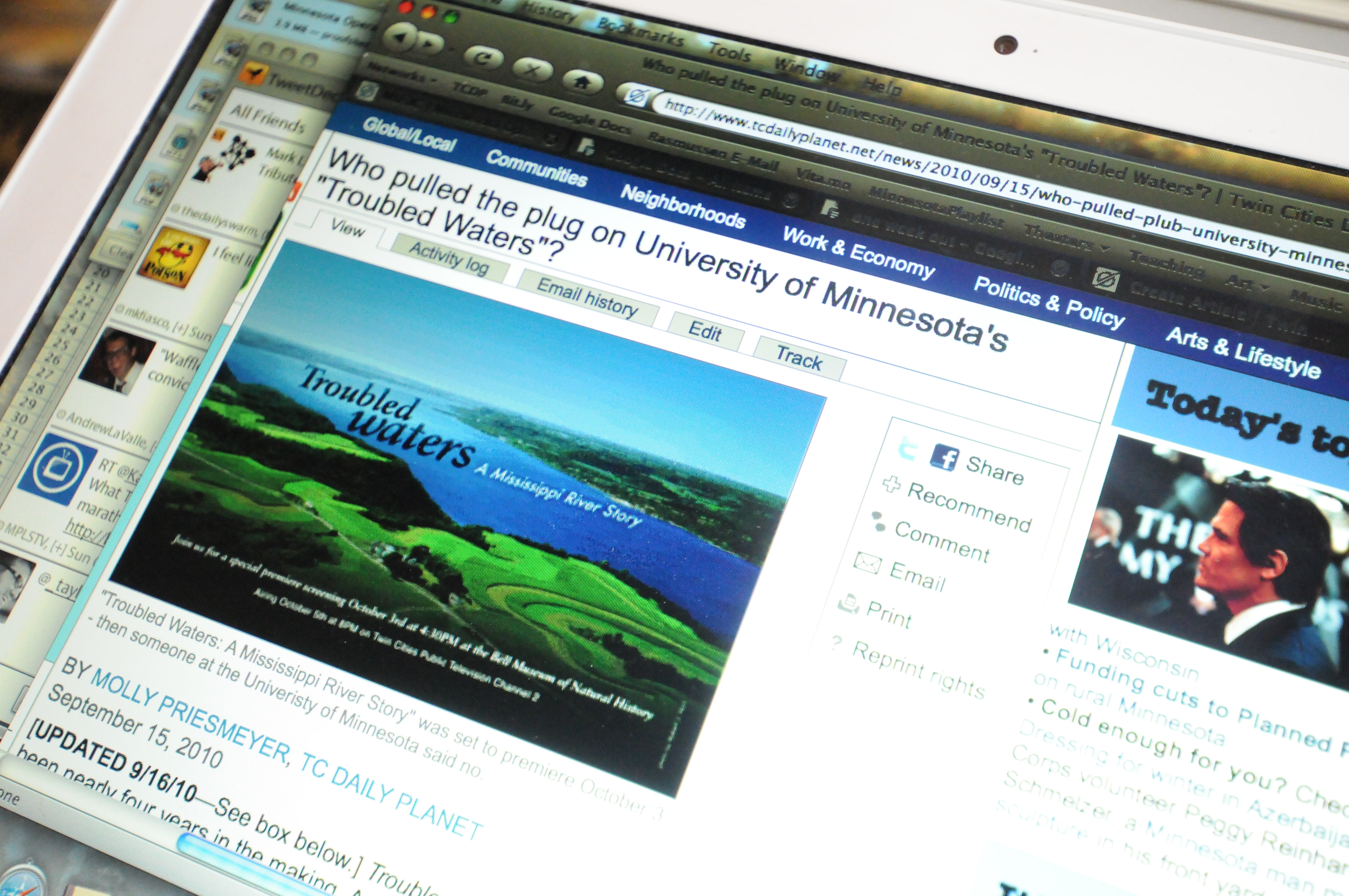 On Saturday, the Minnesota Journalism Center announced the winners of the 2010 Premack Awards for Public Journalism. Among the winners are Twin Cities Daily Planet reporter Molly Priesmeyer and editor Mary Turck, who will receive the George S. Hage Award for excellence in coverage of breaking news about public affairs. The award specifically honors Priesmeyer’s September 2010 story “Who pulled the plug on University of Minnesota’s Troubled Waters?”

In a press release announcing the award, Premack judges said, “The Twin Cities Daily Planet reporter broke a story that became a major controversy in the community. The piece pulled back the curtain on how the levels of power function and demonstrated how a single person’s decision can affect an organization as large as the university.” In fact, the Troubled Waters controversy became so significant that one of the other Premack winners—Randy Krebs at the St. Cloud Times—is being honored for an editorial commenting on the issue.

• Excellence in investigative or analytical reporting about public affairs (larger organization): Star Tribune reporters Jim Spencer and Tom Meersman for their coverage of the degradation of Minnesota lakes.

The Premack Awards, named for a Minneapolis Tribune editor who died in 1975, will be presented on April 18 at the University of Minnesota’s McNamara Alumni Center.