On Saturday December 17, St. Paul’s Lutheran Church (2742 15th Ave S, Minneapolis) hosted a modified version of the Mexican Posada. Spanish for lodging, Posada is a traditional festival celebrated in Mexico for nine days leading up to Christmas where community members walk door to door with actors portraying Mary and Joseph as they seek shelter. 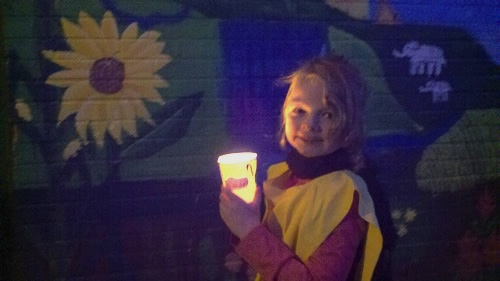 The Minneapolis version lasted for one night, starting at the St. Paul’s Lutheran Church where community members were invited to prepare for the parade by making lanterns to hold candles (above) and viewing a bilingual performance of bible stories leading to Mary and Joseph seeking a safe haven. 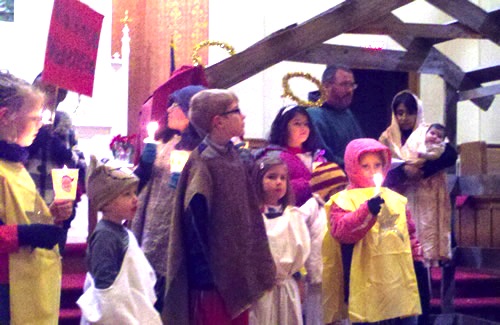 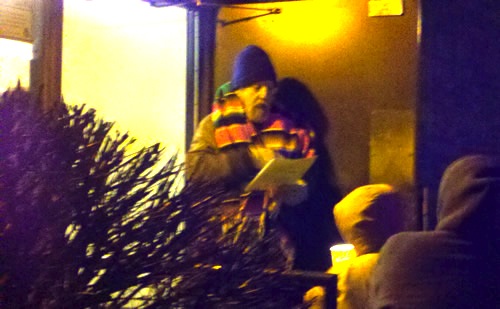 From the church, the procession went door to door seeking shelter and was turned away by church neighbors (or at least the minister enacting the parts of the neighbors) until returning once again to the Church, where they were invited to stay. 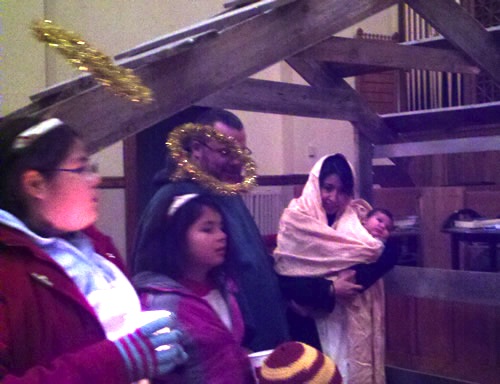 Once in the Church there was a brief, musical ceremony that ended with the addition of a well-behaved Baby Jesus. Following the ceremony were games, food and a great party. It is an interesting firsthand glimpse at what it must have been like to go from inn to inn before settling in a stable for the night. 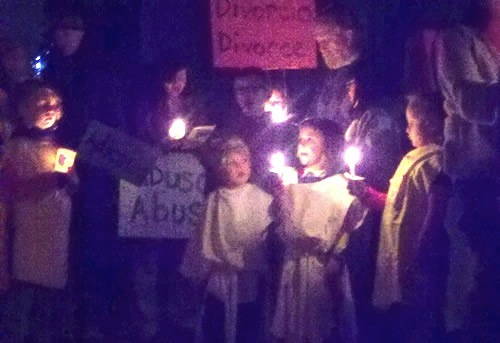 Virginia Salgada, originally from a small town in Mexico, now residing in Minneapolis, explains that in her town the festival would involve 17 home each night; 16 homes would turn away the procession and the final home would invite them in to celebrate. This happened for nine days; on the final day Jesus would be presented. Everyone in the town would join the celebration. It was one big family. The Minneapolis tradition is different. It’s too cold (even this year) to want to walk so far and the attendees do not necessarily know each other but the sense of community is strong and the celebration is still based in music. 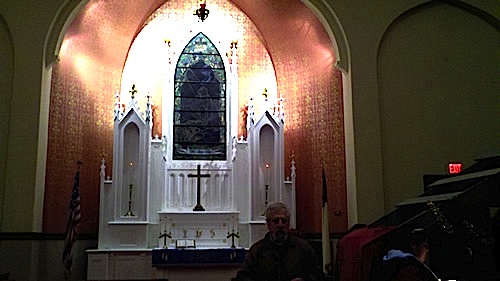 The Posada has been celebrated in the area for several years. Originally the production was done in tandem with the Heart of the Beast Theater; this is the second year it has been performed solely by the St. Paul’s Lutheran Church community. Reverend Patrick Cabello Hansel has been reaching out to the Latino population around St. Paul’s Lutheran Church since 2005. The Posada is one example of the emerging Latino community bringing a new look and new perspective to the Church who has been serving the community since 1872. 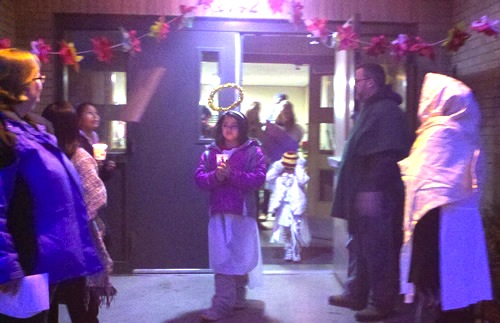