Some guys who like flavor, and marketing, and un-alcoholic things, are starting a new pop company. Oh, I know, we’re supposed to be all East Coast and call it “soda,” but then what’s the point of it being a Minnesota company? Soda, schmoda. It’s pop and you know it.

True, the guy in charge is actually from upstate New York, so he can call it soda if he wants. But after stints at General Mills, Fingerhut, and Campbell Mithun, Bob Safford can speak Minnesotan fluently. He’s a cook, a good one, but not by trade; by trade he’s a marketing person. He’s not a drinker. He likes complex flavors, unlike those in, for example, Diet Coke. You can see where this is going. He rounded up some pals and started making really good pop. 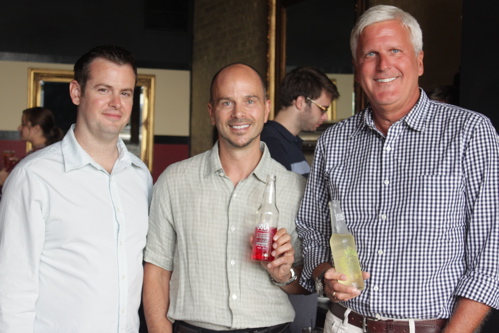 What now seems like an inevitable fun and yummy beverage was once an unlikely syzygy of circumstances. Bob had his epiphany while chatting with friends at the Bradstreet in the Graves Hotel, consuming an amuse bouche infused with herbs and spices. Why, said Bob to himself and his friends, could we not make a delicious soda similarly infused with herbs and spices? As with many good ideas, the pieces plonked into place with surprising rapidity. Things like this:

So it goes when the stars align. Bob formed a team, including the inestimable Oskey,  and Joia All Natural Soda was born. 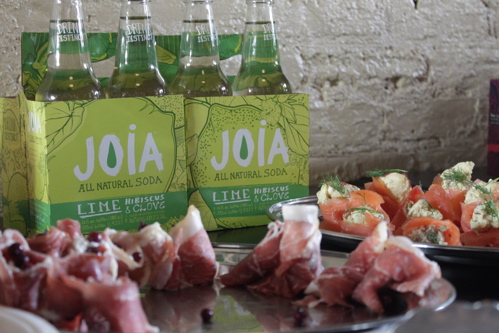 It’s not like there weren’t already any nice-tasting fizzy drinks on the market. Bob has always liked Boulder-based Izze, which is going gangbusters despite their sellout to PepsiCo. He tried out some pretty good sparkling waters called “Hint” and “Dry” (dumb names, am I right?), although he found the fancy-shmancy “Cascal” (produced by Coca Cola for Whole Foods) unappealing. Incessant taste-testing just fired up the team’s determination. Oskey started mixing like a maniac to create flavors more enticing and complex than anything the competitors were doing.

“We had to test better than Izze,” says Bob. “And for a ginger brew, we had to beat Reed’s. Well, we’re still trying on that one–they’ve set the bar pretty high.” The flavors they selected for the opening round are basically grapefruit, blackberry, lime, and pineapple. But that’s just the shorthand version; their website is steeped in delicious adjectives and herbal hyperbole.

Of course, they’re all tasty as can be, although perhaps subtler than you’d expect from the cheerful-looking bottles. They are “complex:” for example, the cardamom in the grapefruit/chamomile pop didn’t rise to the palate till it had swirled around in the glass a bit. Oskey says that all the Joia drinks do the whole front-mid-end palate thing, like wine. This is nice. Is it $5.99/four-pack worth of nice? That depends on who you are and what kind of party you’re throwing. If it’s on the shelf next to a three-dollar 12-pack of Sprite, you might think, “Oh, Sprite is fine, I’ll just throw in some cheap vodka and I’m good to go,” but if it’s sitting next to a $30 bottle of chardonnay, you could say, “This artisanal soda is all the rage, and such a bargain!” 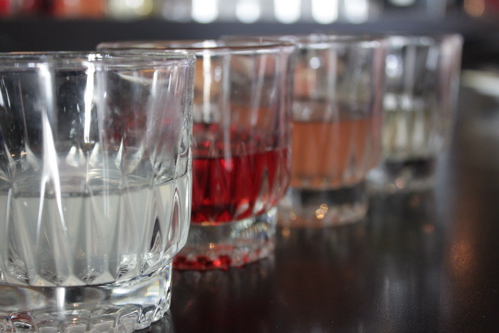 “The target market is the ‘zest for life’ crowd,” Bob says (and his demeanor suggests that he, too, is a member of this crowd). “People who really like to celebrate life, like to have parties, like to have fun. These are people who want a distinctive drink. Something that says ‘this is a special occasion.’”  You can see by the happy, casual, diverse people on the Joia website who he’s talking about. This is approximately the same crowd, minus the diversity and that guy in the sizable hat, who showed up at an introductory event for Joia at The Strip Club in St. Paul last week. Stylish foodies like Michelle Leon, Jason DeRusha, and Miss Erin swirled the jewel-colored pops (Joia means “gem” in Portuguese, FYI) and drank them straight up or with some fancy mixings. 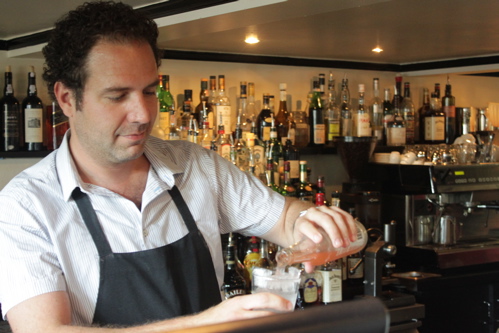 Strip Club’s general manager Tim Niver was behind the bar for the occasion; he says the most popular Joia combo of the night was the grapefruit/chamomile/cardamom with blueberry-infused gin and Aperol. Naturally! Why not! Celebrate life and what have you! 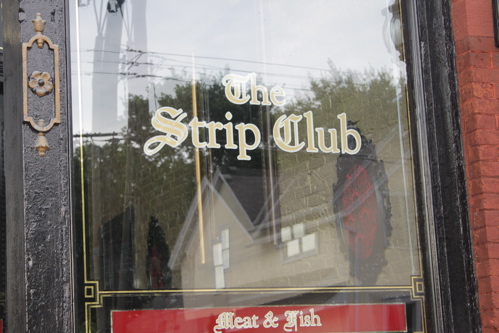 Because it was at the Strip Club, where all the food is award-winningly fabulous, it was a little hard to concentrate on the drinks when they kept bringing out plates of snacks. I asked Oskey about the rolled hors d’oeuvre I was trying not to shovel into my pockets for later, and he informed me that it was local prosciutto stuffed with herbed ricotta and garnished with pickled black currants. He also informed me that the revolution in creative bartending, of which he is a leader and of which Joia is a beneficiary, began around 2005 and has been picking up steam ever since. (He went on to inform me that all bartenders try to pass themselves off as historians, when in fact they’re just making stuff up. I did not fact-check either of the preceding assertions, but you can consider yourself forewarned the next time you’re conversing with a bartender.)

If, for some inexplicable reason, you don’t like any of the four sodas Joia is premiering, hang on: Oskey has two more flavors up his sleeve. Safford says they want to make sure they’ve developed their base before expanding, but look for a cranberry/cinnamon/pear around the holidays, and a ginger/apricot, once they’re sure it’s better than any other ginger soda on the market, which would mean really, really good.