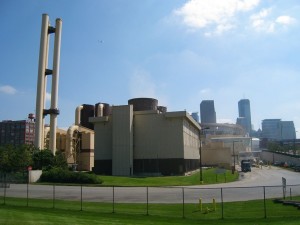 The Minnesota Pollution Control Agency (MPCA) won’t take a position — yet — on whether to require a new environmental study before Hennepin County’s downtown Minneapolis incinerator can burn more trash, because the agency doesn’t have a pending application for the project.

Foes of the expansion at the Hennepin facility petitioned the Minnesota Environmental Quality Board (EQB) for a new environmental assessment.

The EQB assigned the MPCA as the responsible governmental unit to decide whether the county’s proposed 20 percent increase in burning at the Hennepin Energy Recovery Center, operated by a private contractor, Covanta Energy.

The MPCA told three petitioner groups in letters sent this week that the agency won’t say whether a new assessment is needed without having a pending permit application from Hennepin County.

The petitions will stay current for one year, said Craig Affeldt, head of the MPCA’s environmental review unit, and the agency would restart its review upon receiving an application. The petitioners could also renew their requests if an application is still not in by September 2010, Affeldt tells the Minnesota Independent.

Covanta was stymied last summer by the Minneapolis Planning Commission, which voted down the burner expansion plan on the grounds of potential health impacts from burning more trash. Commissioners weren’t satisfied with information from the environmental review done two decades ago at the facility’s construction, and another more recent study for the new Minnesota Twins stadium across the street.

Covanta appealed to the Minneapolis City Council’s zoning and planning committee, but abruptly withdrew its application at a public hearing. A new hearing before the committee is set for next month.

Nancy Hone of Neighbors Against the Burner, interviewed before learning about the MPCA’s action, said the group is looking beyond merely stopping an expansion. “We’re going to shut it down,” Hone vowed.