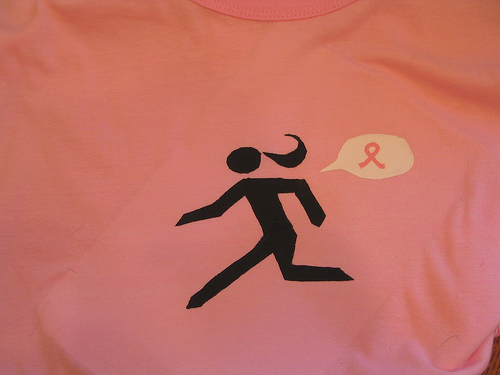 In recent years, Mother’s Day celebrations across the United States have been wrapped in pink ribbons associated with the Susan G.Komen Race for the Cure supporting efforts to fight breast cancer. With the intense controversy surrounding the Komen organization decision to stop funding Planned Parenthood (followed by huge protests and a reversal of that decision) earlier this year, the Minnesota affiliate of Susan G. Komen for the Cure is experiencing a decline in race registrations.

“We are trending down between 11 and 13 percent. We are seeing a deficit in registrations compared to last year,” said David Egan, co-executive director of the Minnesota affiliate of the Komen Race for the Cure. “Our granting guidelines controversy has impacted us.” In 2011, more than 40,000 people registered for the event.

According to published reports in the Indianapolis Business Journal, Denver Post and National Public Radio, organizers at Susan G. Komen Race for the Cure events are seeing declining registrations, in some cases registrations are down as much as 30 percent. It appears the controversy has caused some participants to question their support of Komen.

“There’s definitely going to be some backlash. The biggest issue in all of [the Komen controversy] was the political motivation as a subtext,” notes Howard Brodwin, founder of SportsandSocialChange.org. “That’s what really gets people upset more than anything else. In the sports industry, the last thing a brand wants to get into is people’s politics.”

Linda Schunk, Bloomington, MN, a four-time participant in the Twin Cities Susan G. Komen Breast Cancer 3-Day event comments, “What bothered me was when Komen said it didn’t have anything to do with anything political. I doubt that.”

Mara Einstein, author of Compassion, Inc.: How Corporate America Blurs the Line Between What We Buy, Who We Are and Those We Help believes consumers may become more wary of Susan G. Komen fundraising efforts, saying, ”These races and walkathons are far more about marketing the organization itself than it is about actually raising money for the charity. This isn’t about paying for mammograms for low-income women, certainly not when they pull out support for Planned Parenthood.  People begin to say this is something I don’t want to support and spend my time with.”

Egan supports that point of view. “The needs are still there. If people chose not to give to Komen, it’s not Komen that you are hurting. Ultimately it’s the women that Komen serves,” said Egan. “That’s the message we’re hoping will resonant with people between now and race day. We’re actually optimistic that we win them back before race day.”

Schunk, who lost a niece to breast cancer in 2010, focuses on the positive contributions of the Race for the Cure and 3-Day walk events. “In spite of everything, they do a lot of good. A lot of people get help because of Susan G. Komen.”

The 20thAnnual Susan G. Komen Twin Cities Race for the Cure 5K run/walk event will be held May 13th in Bloomington.