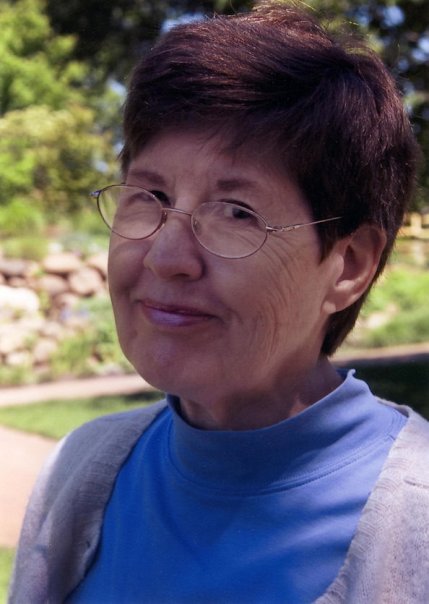 Often, as poets, when we do interviews we approach them in a journalistic fashion, even as Ezra Pound reminds us, “poetry is news that stays news.” Over the next few months, I wanted to see what would happen if Minnesota poets were interviewed as poet to poet, through the forms we work in the most.

This month, we have an interview with poet Sharon Chmielarz. Her  books include Different Arrangements, But I Won’t Go Out in a Boat, The Other Mozart (made recently into a two-part opera) and The Rhubarb King. Her latest two books are Calling (Loonfeather Press) which was a finalist for the INDIE Book Awards, 2011, and The Sky Is Great, the Sky Is Blue (Whistling Shade Press).

She has had poems published in several literary magazines including The Laurel Review, The Iowa Review, Water~Stone, Kalliope, Ascent, Margie, The Hudson Review, Commonweal, Prairie Schooner, Salmagundi, The Seneca Review, Louisiana Literature and many others. Her extensive credits include three children’s picture books published and travel memoirs anthologized in The House on Via Gombito, Talking of Hands, and Inn Near Kyoto.

Over the years, Sharon Chmielarz has received a Jerome Foundation Fellowship, MN State Arts Board and Region 2 grants. A finalist in the National Poetry Series, she was frequently nominated for a Pushcart Prize for her writing. The Rhubarb King won a Merit Award from the 2007 Midwest Independent Publishers Association.

She’s served as readings coordinator for SASE at the Banfill-Locke Center for the Arts; she has read across the country, and she’s been featured on “American Life in Poetry” and translated into French and Polish. You can visit her at www.sharonchmielarz.com

We caught up with her recently:

Sometimes, following many classical tunes and turns flowing beneath skies,
Hearing much, some as sister, some as others full of eyes, it seems a world
Asks, ‘What learned we between these steps and pages? So many, so many.’
Reflective ink, times gaze back. What moment did they connect, memorably?

Ah, yes. Rilke heard this flowing, too, connecting as he did
the things of the world–jar, gate, house–with the harmonics
of the spheres, to make his poems. Things were all. A poem
Beethoven said, can be so perfect it can’t be set to music,
though he dared to pluck one from that Master Schiller’s
tree, and kept its words and title, “To Joy.” Your and my less
privileged ancestors had little time to reflect. Though I fear
we write nothing that hasn’t been written dozens of times
and is available to each generation if it looks or, to quote
Forster’s, “Only connect.”– Are we humans too much
a sidekick of the seasons? Their everlasting revolution,
the same, the same. How many winters have learned
from spring? Why can’t the year be just once made
of perfect weathers? Tell me no lie. Tell me no lie!
If we learned from Michaelangelo that Truth is exact
portrayal, exact detail, le mot juste, and makes Beauty,
we’d hear that memorable connection, the click, Yes.
Lord knows the seeing don’t always see. What do eyes
learn? The ears? to impart to the body? What does a brain,
that master, assign to an object like a jar? What feelings
rush in, invested with remembrance of a hand that once
poured water? Add music in its broadest sense to word
or act, and you have connection. Did you know the God
sings bass? In a tone so low the human ear is useless.
But add a tool, one a human mind has dreamed up–
and you can hear the universal singing in the skies
above night woods like a pod of whales swimming joyfully
through seas. That sound you might call weird, spooky,
awesome, awe-full, heavenly, full of strange harmonics.
You might also call the connection an example of sublime happiness.

Over many a plate of bars and coffee, gathered dreams give voice
Nocturnal, like Norns chattering by laughing gods, while artistic hearts
Caper among melting butter queens, wrestling governors, blueberry muffins,
Hoary Enstrom’s “Grace,” many things on sticks. Where has verse yet to go?

Poetry has wandered over valley and rill, leaving
its rhymes and chimes and rhythms, its play
in commercials, beer halls, coffeehouses,
concerts, kindergartens and lecture halls.
Film has taken its craft and eye and ear
and transported it into moving picture.
In short, poetry is everywhere. It is
of the moon and has been on the moon:
One
small
step
for
man
kind…
But a poem’s neglected travel side-steps
the issue of life on earth: how to take
the bad taste of poetry from too many mouths.
Too many sense the taste of hogwash,
not melon. Too many say it’s dark, strange
and want no part of it. Not even the wings.
So for those Americans, a poem has still
to enter into their homes, present itself
at the table, look good and smell good
and sound good as it’s bitten into.

Minnesota Nice, notorious as it is,
Influences some, perhaps the self, perhaps not and naught of note?
Eventually, there are labyrinthine roads with names
Laughing: “Which are filled with the most interesting ‘Who’s’
Among the many ‘Who’s’ before our eyes?”

Who
as is the pseudo
poem about the who’s
the what’s and woes
about the eyes
the owlish eyes
above the trees
among the many
the nitty and gritty
before the road
before the end
the nice end
that begins the journey.

Regarding lines and ink and feet for youthful troubadours-to-be full of passion,
Zooming by, of the many hints of art and craft, what most would you pass on?

Ah, youthful troubadours, to be full of passion
is half the battle. The other half?–
the object well described will tell all.
Combine the tongue in cheek
and the made-up Latin in the lines
below and you will see what I mean:
The task of description has been overlooked,
hence the scientific name Poetica neglecta.
At one point considered a subspecies,
it remains reproductively isolated.
The participants are the larks in the family
Keenerae which includes blackbirds,
eagles, grackles, larks and on the fringe,
the wing-bared poets. Although
they’re not similar in appearance,
distinguishing birds from keeners
is a matter of range, song, and call.
The former are found in wet low areas
while the latter prefer drier uplands.
The difference in songs is striking
since the art is learned. In fact,
a young Keener may sing both songs
which hampers field identification
but makes for a pleasant evening.

With thanks to the Sept/ Oct. issue of the Audobon newsletter Kingfisher and “When East meets West,” by Silka L. F. Kempema, South Dakota Conservation Digest, July/ August, 2011, pp. 28-29.