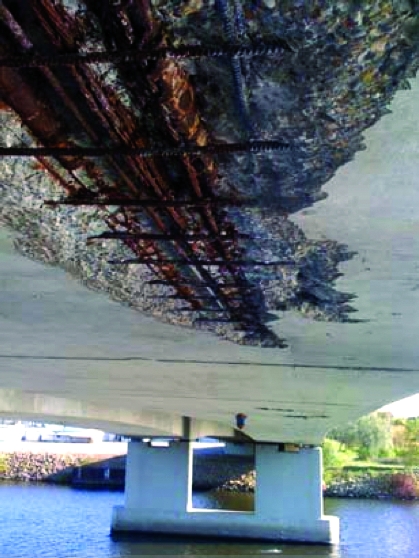 Does anyone have an extra seven to 10 million dollars?

That’s what it’s likely to cost to repair the Plymouth Avenue Bridge. And according to Minneapolis City Engineer and Public Works Director Steven Kotke, the funding outlook is less than rosy. The city is “dual tracking” on the bridge repair, Kotke said. City officials are working with Corven Engineering, a Florida-based consulting firm, to prepare bridge- repair specifications that can go out for bids. At the same time, “we’re looking under every rock for funding,” he said.

Kotke said it’s possible that up to $7 million could be available from the State of Minnesota as part of the State Legislature’s bonding bill. They won’t know about the availability of those funds, he said, until late May or early June, “depending on how the governor’s budget goes.”

Some smaller amounts might be available through other state appropriations, he said, and “we’re hoping by early April” to know if that money will be available.

“It’s pretty challenging if the city does have to come up with the funding for this,” he said. It will require “some different decisions on how quickly we repair the bridge,” he said, and might affect the timing of other projects the city is working on.

In the meantime, the bridge is “open to all pedestrian traffic,” Kotke said. For the safety of pedestrians and bicyclists, he said, “we’re asking people to walk their bicycles” across the bridge.

What is the potential time frame for the repairs? “It’s very likely the bridge will be closed [to automobile traffic] through a good portion of the summer,” he said.

The bridge crosses the Mississippi River and connects Eighth Avenue NE and Plymouth Avenue N. Motorists can cross the river using the Broadway Bridge six blocks to the north.

City engineers closed the bridge Oct. 22 after finding corrosion in its support system during a routine annual inspection. It was built in the 1980s and was the first of its kind-called post-tension segmental box girder-in Minnesota.

They found serious corrosion in at least five of the post-tension tendons in the bridge’s center span. These tendons, Kotke said earlier, are similar to the cables that support suspension bridges, and are designed to keep the bridge’s concrete parts pushing inward when a load is placed on the bridge surface. The concrete, he said, is strongest when it’s in this “compression mode.”