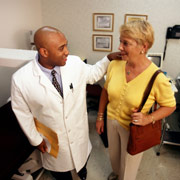 More medical care is better, right? Well, some doctors are saying otherwise. Nine medical societies, comprising of nearly 375,000 doctors, recently released a list of 45 procedures that physicians should question. According to Choosing Wisely, the group that released the lists, these procedures are often unnecessary, leading to waste in the health care system.

The list includes some simple suggestions, telling doctors to avoid prescribing antibiotics for mild sinus infections or ordering early imaging tests for most back pain. Some decisions are difficult and require more discussion with patients—the list recommends that cancer doctors stop treating patients whose end-stage tumors haven’t responded to multiple treatments and who are ineligible for experimental therapies.

These recommendations come at a time when more doctors are recognizing the massive waste in American health care. Some estimate that up to one third of the $2.6 trillion spent on medical care each year is unnecessary treatment that doesn’t help or, could even harm patients. Studies have found that doctors refer patients to specialists about twice as often as they did ten years ago, and that almost half of the doctors who set guidelines for diabetes and cholesterol had conflicts of interest. Most of American health care runs on a fee-for-service system that rewards physicians for the volume of care they prescribe, not the quality or outcomes. Product promotion of drugs and technology, defensive medicine to avoid lawsuits, and the demands of patients (asking for a service they might not need) all produce wasted care.

In response to these findings, the medical community is beginning to consider costs as a part of responsible, parsimonious care—and that means thinking carefully about what procedures to order. The release of this list is a fantastic step forward. Dr. Donald Berwick, researcher and former head of Medicare, called it a “game changer.” Next, there needs to be more research on overuse in the medical world. A January study published in the Archives of Internal Medicine found that overuse research was limited and often considered only a few types of medical care.

If we want to seriously address exploding health care spending, we need to start by adjusting the way we think about medical care. It’s hard to discuss these questions without hearing the term “death panel,” but we aren’t talking about care rationing. We’re talking about responsible care that, above all, meets the patient’s needs.