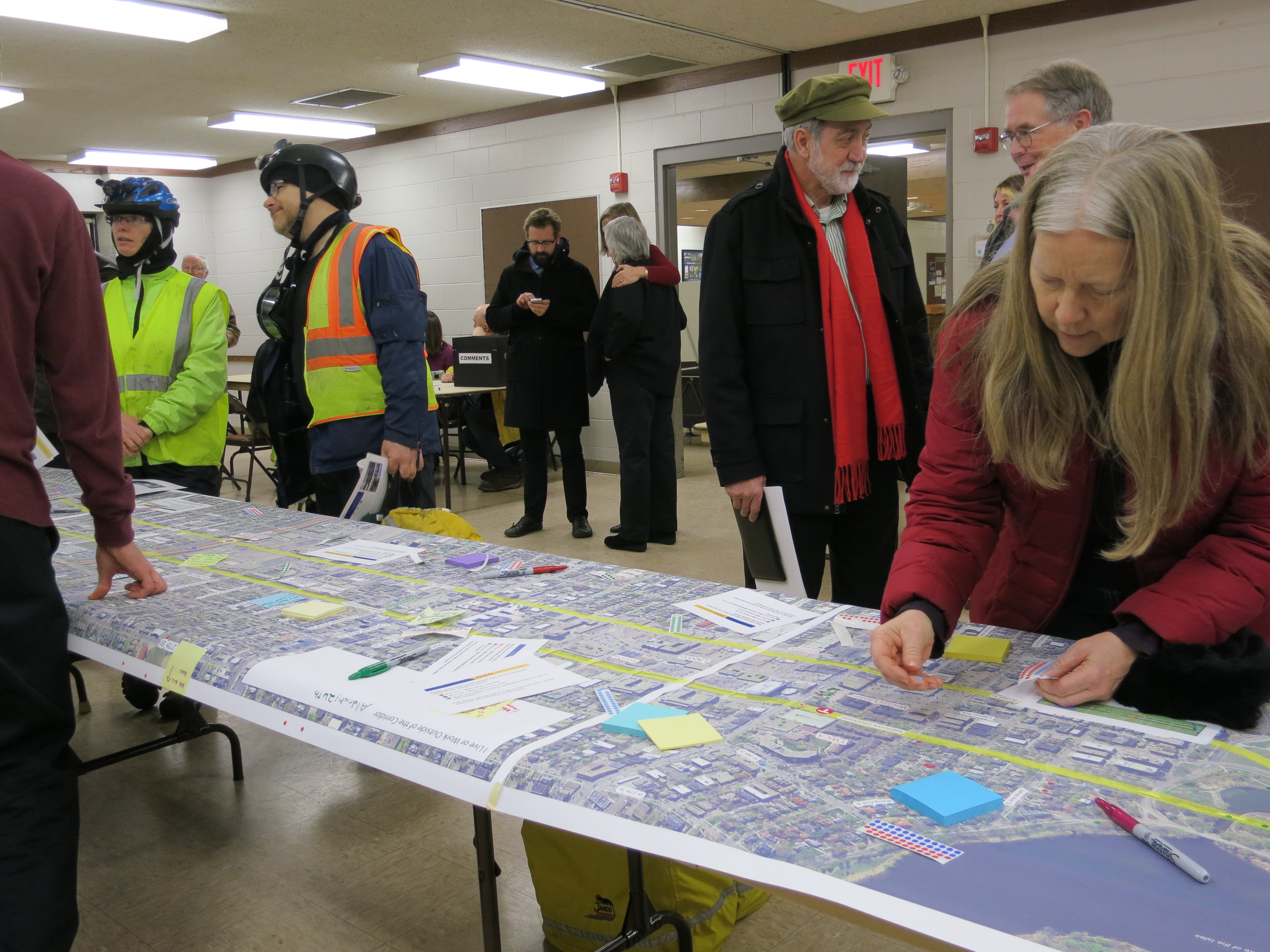 Residents of Minneapolis came together at the Whittier Park Recreation Center on January 29 for an open house on a proposed Metro Transit project connecting the Hiawatha and Southwest light rail lines, by using either light rail, streetcar, bus rapid transit, or a dedicated busway. Meeting facilitators emphasized that, “Everything is on the table currently.”

The project will provide faster east-west service for transit users, and increase accessibility to major employment and commercial centers in the area. Michael Mechtenberg, the project manager and a planner at Metro Transit, said transit investments would also “catalyze and support economic development,” as well as to “support a healthier community.” A general excitement about the project was unmistakable as a regular flow of attendees circulated amongst the poster boards and maps on display.

The Midtown Corridor Alternatives Analysis, officially launched in September 2012, will study the potential benefits, costs, and impacts of developing a transitway either on Lake Street or along the Midtown Greenway. During the Alternative Analysis phase of the project, Metro Transit along with project contractors will evaluate different routes and types of transit modes to determine what the best fit for the corridor is.

Once completed, the new transit corridor would provide expanded transit service between the Hiawatha Light Rail line and the Southwest Light Rail line, on which construction is slated to begin in 2015. Additionally, the transitway would connect with the existing Chicago-Lake and Uptown Transit Centers, as well as the proposed I-35 Bus Rapid Transit Orange Line. 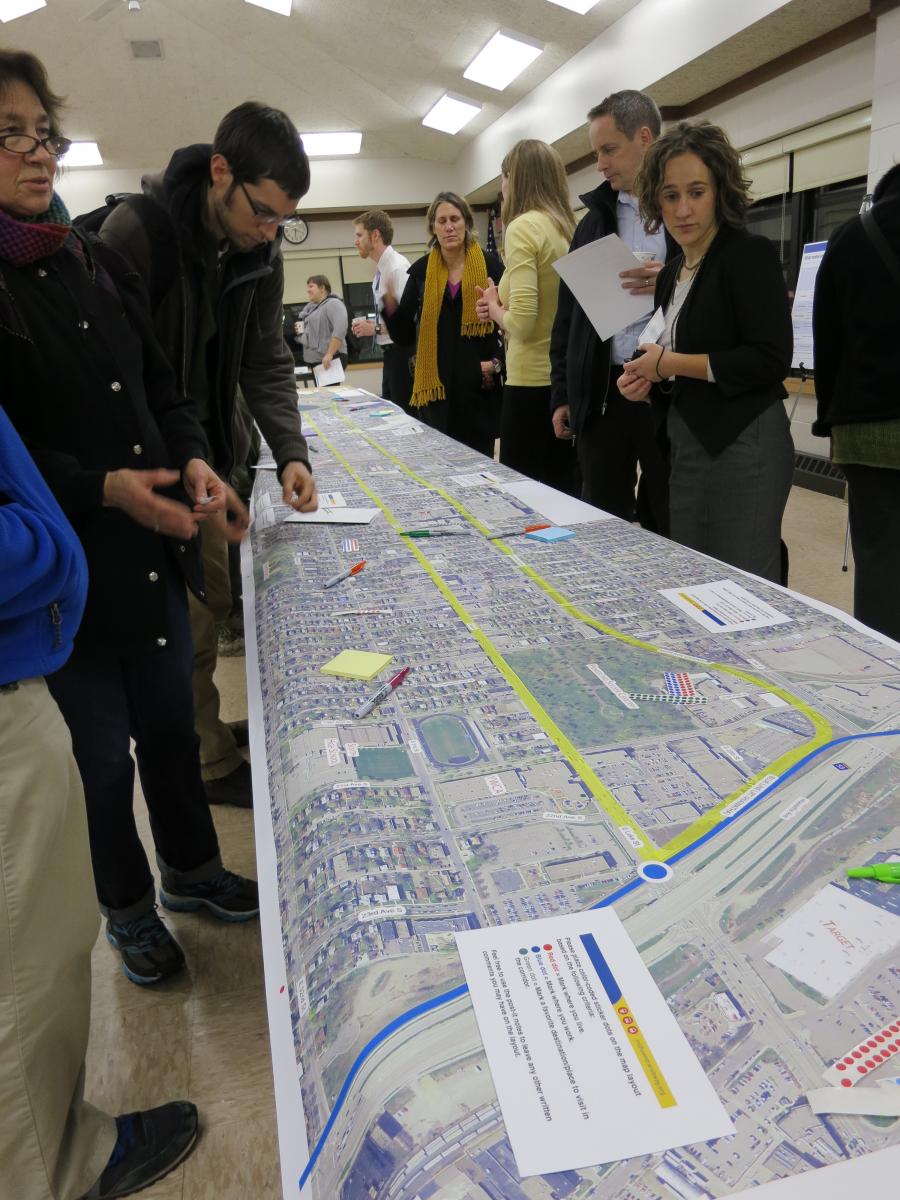 Metro Transit sees this as an opportune moment to move forward on the project for several reasons. First, there is clear evidence of demand, as transit ridership in the area is already high: the Lake Street station on the Hiawatha line is the third busiest along the line and the number 21 bus route that runs on Lake Street has the second-highest number of riders in the state of Minnesota. With the alignment of the Southwest Light Rail line finalized, planners also now know where the western terminus of the Midtown Transitway would be.

The Federal Transit Administration committed $600,000 in 2012 towards the completion of the study, the first step in getting any major transit project off the ground. A planning framework is also already in place going into the project, as plans looking at the feasibility of putting a streetcar on the Midtown Greenway and bus rapid transit on Lake Street have been produced within the last five years.

The Midtown Corridor Alternatives Analysis project period is expected to extend into January 2014. Upcoming stages of the analysis will include developing a final list of alternative routes and modes, the evaluation those alternatives, and a final assessment, which will be in the form of what is known as a Locally Preferred Alternative. Between now and January of next year community members will have four more opportunities to weigh in on the project at different stages during the analysis. More information on the project and ways to get involved can be found on the Midtown Corridor Alternatives Analysis website: http://www.metrotransit.org/midtown-corridor.