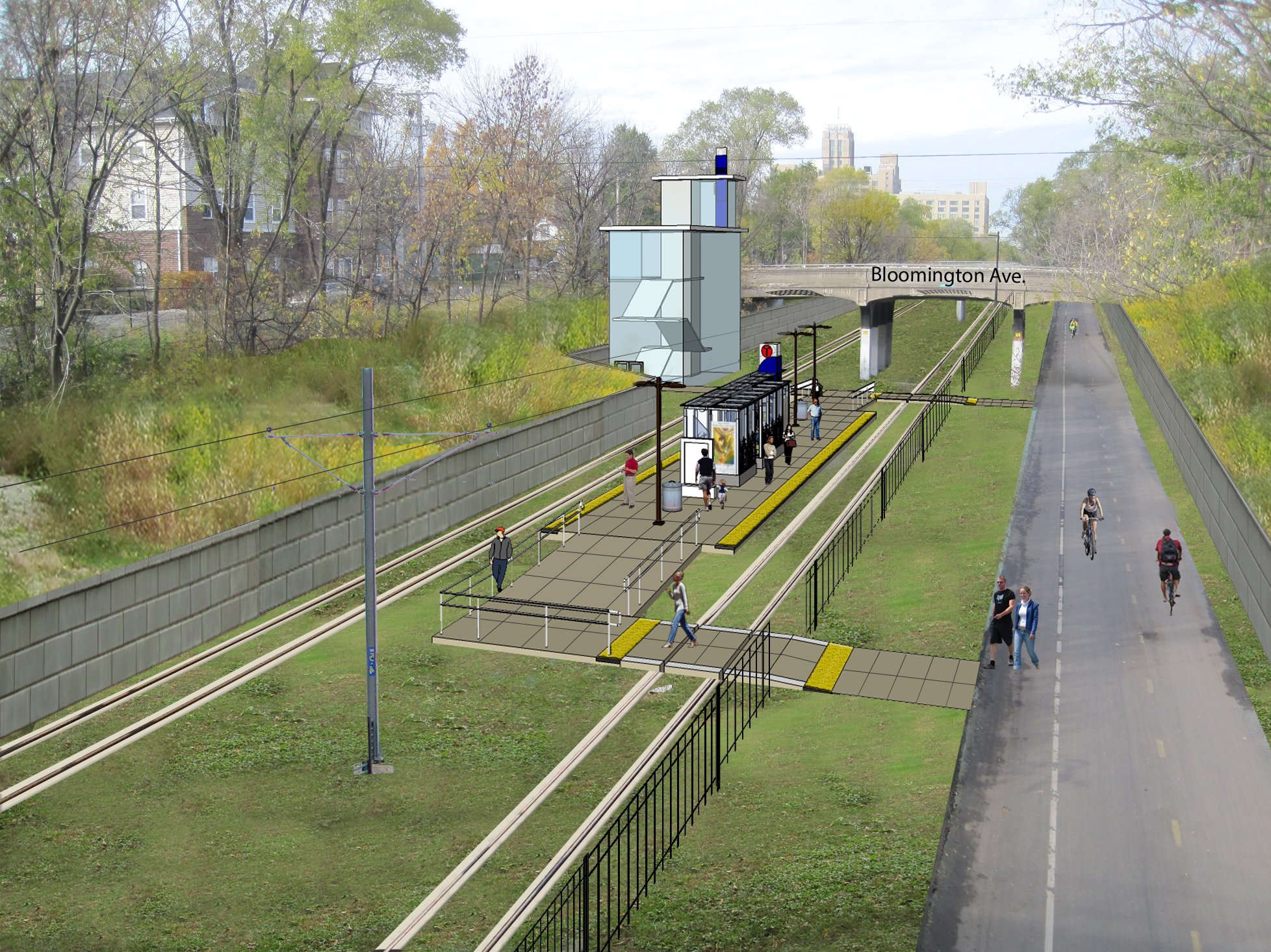 The rapid transit bus service will decrease travel time from East Lake St. to the Uptown area; averaging fifteen minutes. It is projected to start service in five years.

The Greenway rail service is projected to start in approximately ten years. This service will have stops along Lake Street and will connect the Hiawatha Blue Line with the Proposed Southwest LRT.

The PAC felt that there is sufficient demand for both transit ways given the combined projected ridership of thirty two thousand. The cost estimates are fifty million for the enhanced bus and two hundred million for the Greenway rail.

The Alternative Analysis also studied the economic impact that could be generated by the new transitways, which determined potential real estate development to be between $352-464 million on 98.45 re-developable acres. The report cited multiple local planning studies that call for increased residential development along the Greenway corridor and very strong overall support for transit-oriented development in the corridor neighborhoods. The Midtown Greenway Coalition has advocated since 1999 for a street car on the Greenway and now “supports a turf track imbedded streetcar with the most single track and the least amount of retaining wall possible” according to Soren Jensen the MGC executive director. The AA’s project coordinator Michael Mechtenberg stated at the final meeting that they would “maintain the bike path as best as we can”. He also explained that further research needs to be done on turf tracks and streetcar verses light rail cars. Several members of the PAC expressed high regard for the Greenway trail and the MGC.

The Greenway rail’s connection with the Hiawatha Line will involve the construction of a new transit station at Lake and Hiawatha. Corcoran neighborhood will benefit because of its close proximity to our Midtown Farmers Market and the rail line and station will help promote further development that will enhance our community.