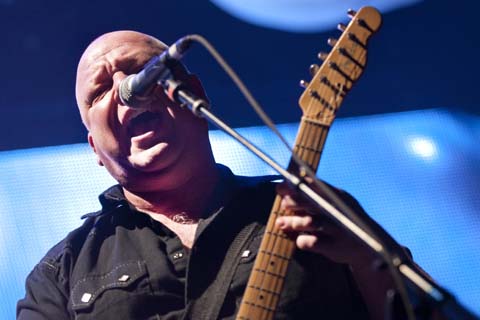 Frank Black of the Pixies. Photos by Stacy Schwartz.

At the Pixies show at the Roy Wilkins Auditorium on Sunday night, I began in the photo pit waiting for the first strains of “Debaser” to hit. When they did, the photographers all rushed into the pit—and I gotta tell you, it’s actually a bit tough to shoot bands you have a reverence for. You have to remind yourself to pay attention to your task instead of standing in awe and singing along to whatever’s playing right in front of you. This doesn’t happen to me all that often, but it did at the Pixies. Especially since they were paying all of Doolittle, and three of the first five songs on the album are my favorites.

I can’t really review the first four tunes as I was busy with a camera adhered to my face, but they sounded amazingly on point to me as I happily hummed along shooting as many frames as I desired. Once “Here Comes Your Man” started, we were shuffled out of the photo pit (the horror!) to our seats in the balcony. One thing to remember about The Roy: it’s a hard venue to be drawn into a show when you’re in the seats. The musicians on stage seem so far away, and I feel like definitely just an observer and not a participant. With some bands, like Arcade Fire or LCD Soundsystem, this is a real drag. With the Pixies on Sunday night it worked okay for me. It allowed me to watch the show, to pay attention and to just breathe a bit (when I wasn’t holding my breath out of pure joy).

The band had a huge LCD screen behind them that played videos choreographed to each song—it’s nice to see a band pay attention to that sort of thing. Since Frank Black didn’t talk much (i.e. at all), and Kim Deal only spoke briefly throughout the show, it was a nice reminder that they still give a shit. The band sounded tight, like they’d never taken a hiatus at all. Some bands perform these “album shows” just to make money and everyone who attends walks away disappointed. I’m happy to report that this was not the case on Sunday night. The Pixies performed all out with passion and beauty. It made me thrilled when “La La Love You” not only revisited its silly lyrics, but the live version showcased the snarkiness of the track.

At the end of the album, all the band members took time to walk back and forth down the front of the stage to wave and smile at each section of the crowd—which was nice for fans, as the band members each stayed rooted to their two-foot square pieces of the stage whenever they were playing. Then it was time for encores. For the first encore they played the UK Surf Version of “Wave of Mutilation,” which relieved me a bit since I’d been shooting during the album version. Another huge highlight of the show for me was during the second encore when they broke out tunes from other albums, with “Where Is My Mind” from Surfer Rosa topping my bucket list. 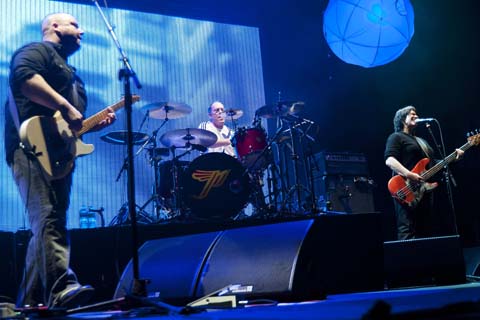 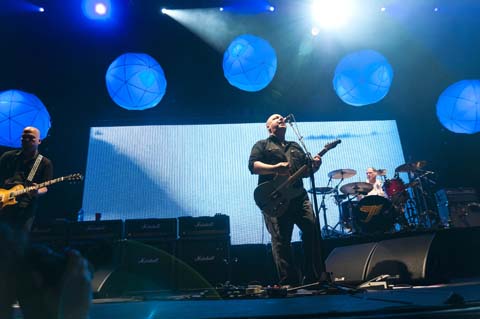 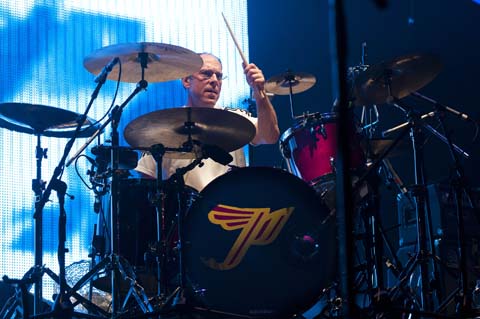 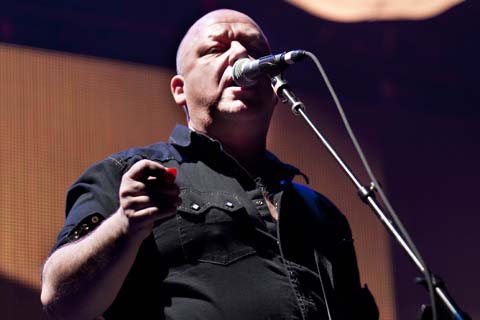 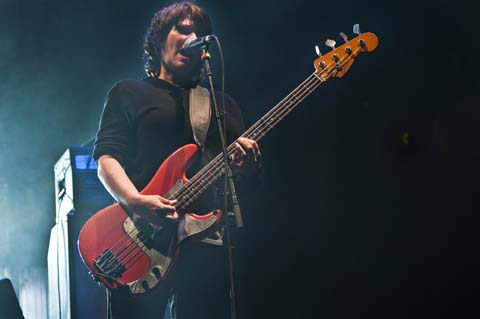 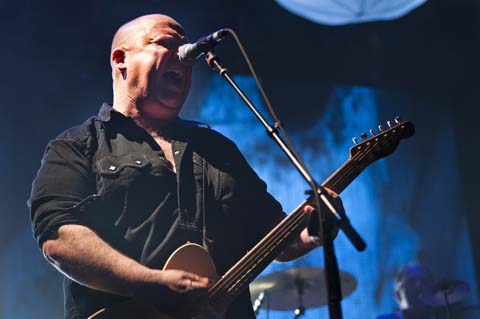 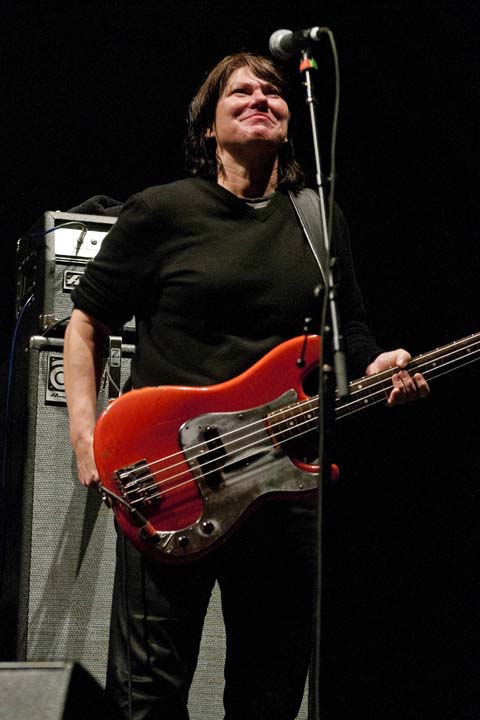 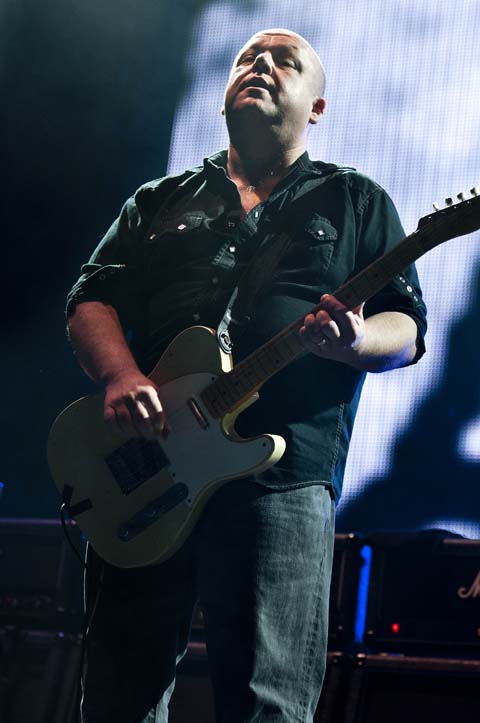 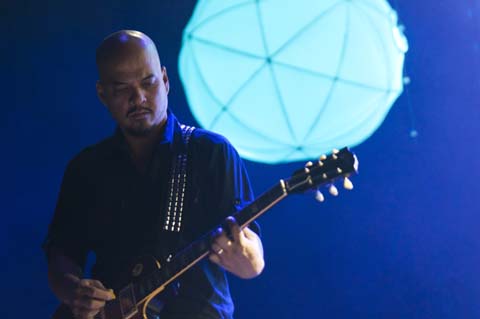 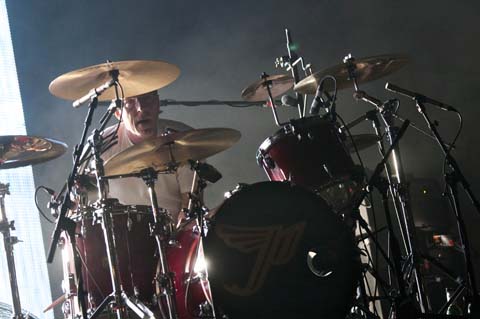 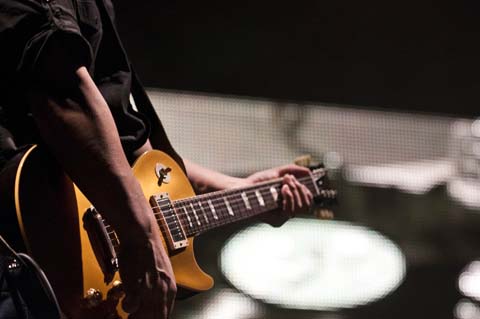 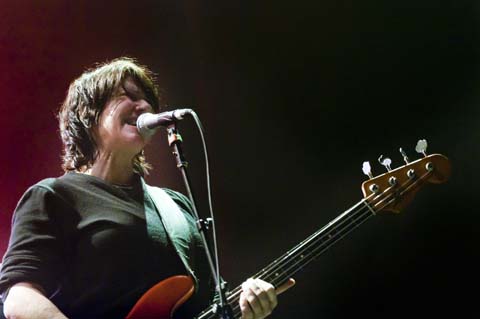