TV On The Radio. Photos by Jay Gabler.

CHICAGO—”These guys had better be good,” I thought when I arrived at the Pitchfork Music Festival on Sunday and saw How to Dress Well setting up: clad entirely in white, the band includes a full string quartet conducted by a woman who also holds down on the requisite PowerBook. Unsurprisingly, the band’s amping proved complicated, and there was a wait to be had on the warm afternoon while we waited for Tom Krell and company to begin. It was worth the wait, though: the band’s delicate, spacious, powerful sound made them one of the day’s most-talked-about bands to take the Blue Stage. 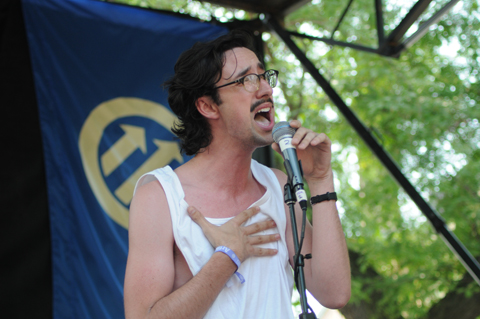 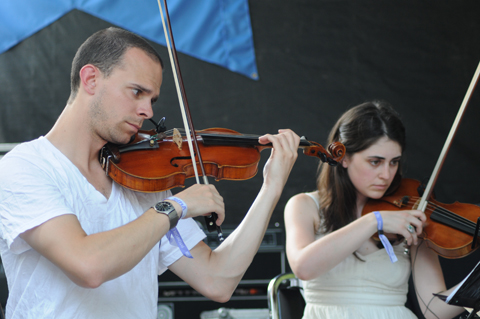 Walking past Kurt Vile rocking out on the Green Stage, I braced myself for the festival’s most controversial act: Odd Future. So much has been said about that lightning-rod collective of young rappers that I’m not sure what territory remains for me to cover—except to say that no act in the fetival riveted the crowd like these guys jumping around the stage shouting lyrics that are almost as offensive as it’s possible to conceive (surely they’ve tried to come up with something worse). The Odd Future phenomenon is one of the most interesting, and in many ways disturbing, in music today; without comparing their efforts in skill or substance to the artistry of breakthrough old-school rappers, it can be said that Odd Future’s set at Pitchfork was in some ways a throwback to hip-hop 20 or 30 years ago, when the incendiary genre both fascinated and frightened mainstream audiences.

Ariel Pink’s Haunted Graffiti was an appropriately bizzaro name for the band slated to follow an act technically know as Odd Future Wolf Gang Kill Them All (or, at least temporarily on the title of their website, Odd Future Golf Wang Kill Them All), but after OFWGKTA, Ariel Pink sounded like Yanni. 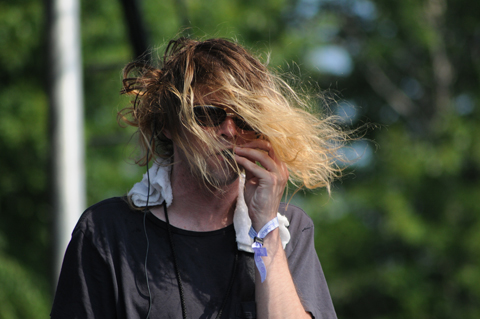 Next up for my friends and I was Baths: one of the multiple noms de musique of California musician Will Wiesenfeld. I’m still not as big a fan of Baths as they are—the fragmented falsetto vocals over electronic music that alternately burbles and surges is just not the soundtrack to my life—but it certainly played well to a big, enthusiastic crowd at the Blue Stage. Wiesenfeld was visibly thrilled by the crowd’s reaction, and rewarded them with a strong, passionate set. 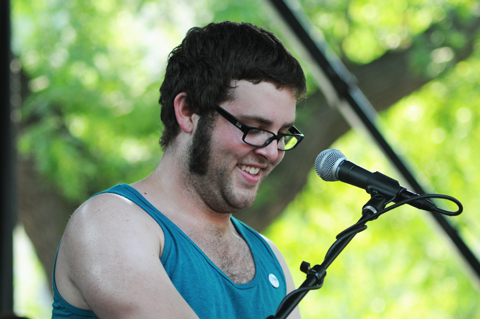 I then walked to the Red Stage for Superchunk: another band I find hard to love. Every time I hear Superchunk’s songs, I feel like I’m about to fall in love with them but then just end up bored. Their set at Pitchfork didn’t convert me, but it was fun to watch the indie rock pros fire the crowd up a sonically and physically bouncy set. 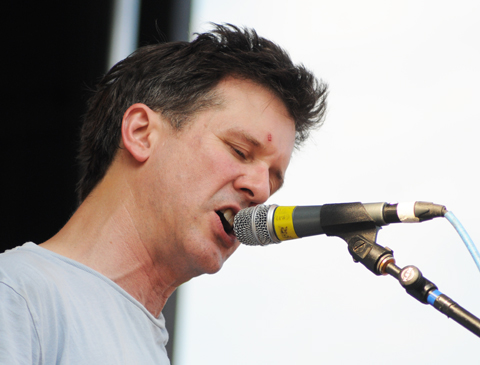 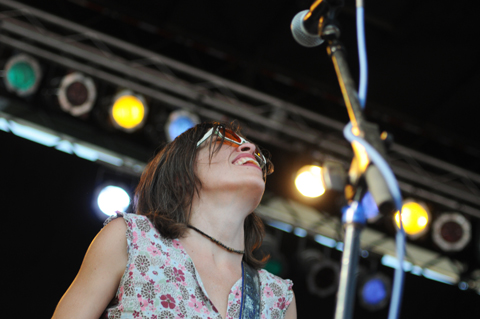 Mike Diver of the BBC has called Toro Y Moi the closest soundalike to Baths, so it was apt that Toro Y Moi follow Baths on the Blue Stage—except for the fact that Toro Y Moi’s sound has of late taken a turn away from chillout to souldown. The Palmetto State musician’s band sounded just as good in Chicago as they did this spring in Minneapolis. 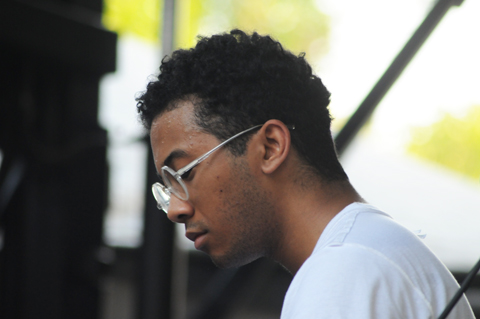 On the Green Stage, Deerhunter proved to be one of the many acts at Pitchfork who I didn’t love before the festival and still didn’t love afterwards, but understood better having seen them live. The band’s sweeping, complex songs built from hush to roar with impressive power.

I didn’t bother trying to fight my way into the photo pit for Cut Copy, but on the Red Stage the Australian synth-rockers delivered one of the most impressive performances of the festival. I’d enjoyed their show at First Avenue in April, but at that time their songs didn’t strike me as being particularly strong. In front of the massive Pitchfork crowd, though, the band’s material came alive, and even the festivalgoers way back on the baseball diamond by us were dancing like mad.

Finally came headliners TV On The Radio. Here once again, a band I’ve always found unpleasantly thorny on record burst onto the stage with a wallop, a lucid and varied attack that blew me away—though my friends, standing much farther from the stage, were unimpressed. It was an appropriate close to an elephantine festival that was different—but rewarding—from every angle. 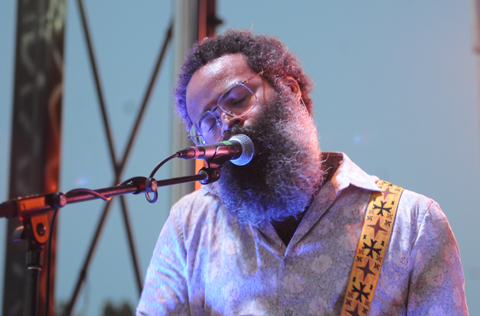 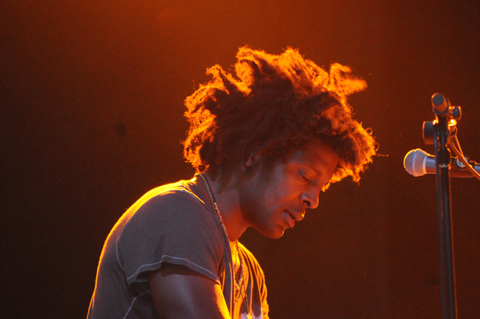 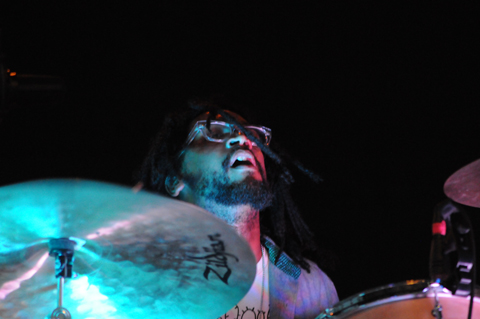 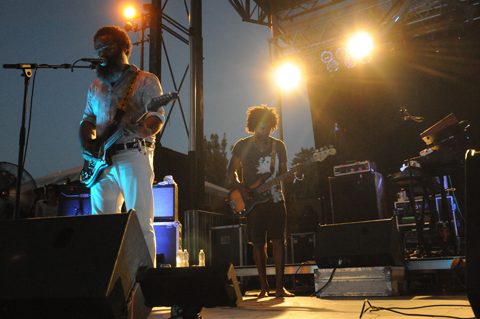