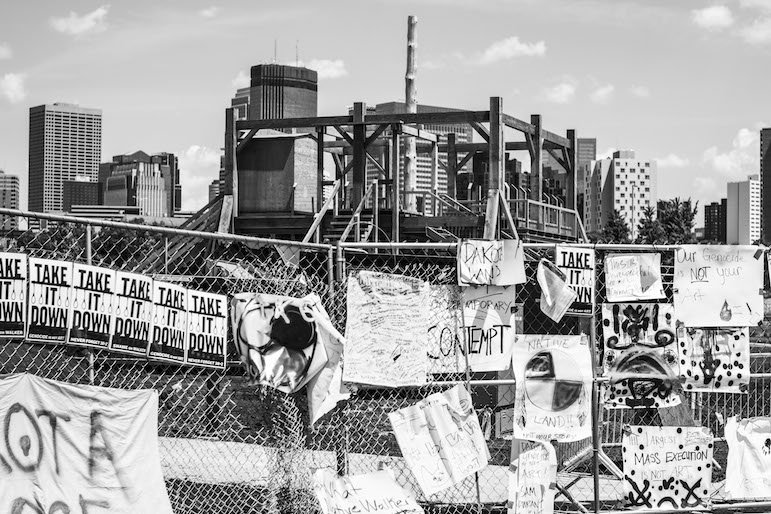 On Friday, June 2, in the newly renovated Minneapolis Sculpture Garden just outside of the Walker Art Center, a large crowd gathered to watch the demolition of ‘Scaffold,’ which included a wooden replica of the gallows used to hang 38 Dakota men in Mankato after the 1862 U.S.-Dakota War. To this day, the incident is still the largest mass execution in U.S. history.

The deconstruction – conducted by Native American workers – marks the end of week-long protests led by Dakota artists and activists, the Indigenous community and their allies who say the installation dishonors the history of white supremacist genocide against the Dakota people.

The decision to take down the piece was made earlier during the week in private meetings between Dakota elders, the Walker’s executive director Olga Viso and Seattle artist Sam Durant who claims the piece was constructed in 2006 to critique the United State’s position on capital punishment.

The crowd on Friday gathered in prayer, song and remembrance to honor the long history of violence against the Indigenous community, and heal from the retraumatization incited by Durant’s work. After this incident, Durant has vowed to transfer the intellectual property rights of ‘Scaffold’ to the Dakota people and discontinue touring the piece altogether.

The Sculpture Garden re-opens this Saturday, June 10 at 10 a.m., without ‘Scaffold’ on display. What will be done with the sculpture’s materials remains undecided. 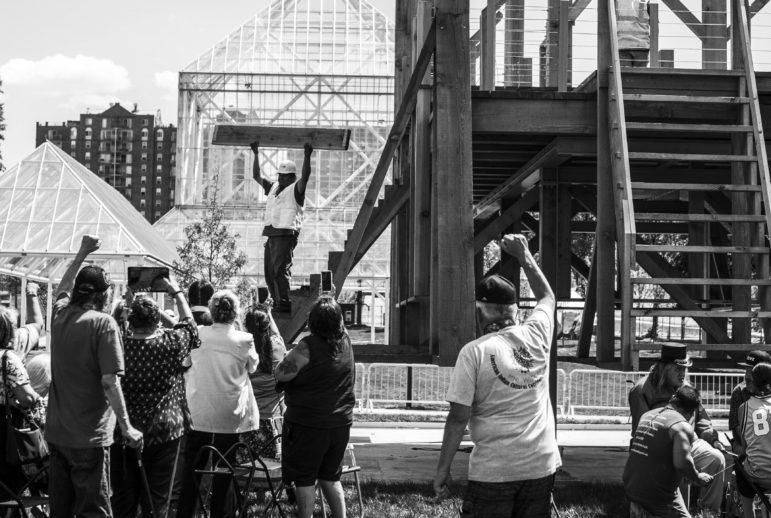 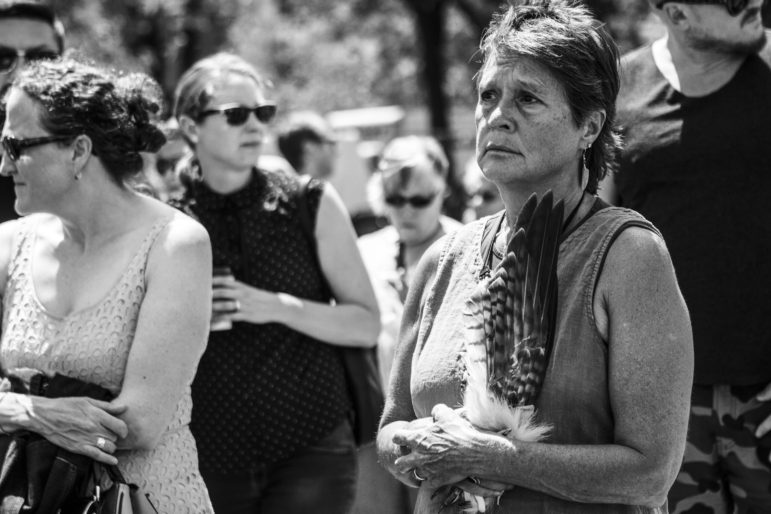 Susan Anderson looks on as Scaffold is dismantled. Anderson’s grandfather was one of the 38 Dakota men killed in the 1862 execution. 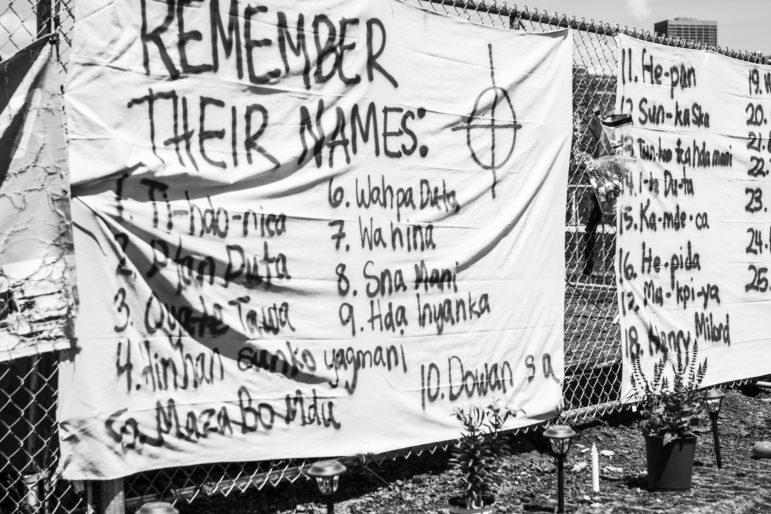 Signs listed the names of the Dakota men killed during the 1862 execution. 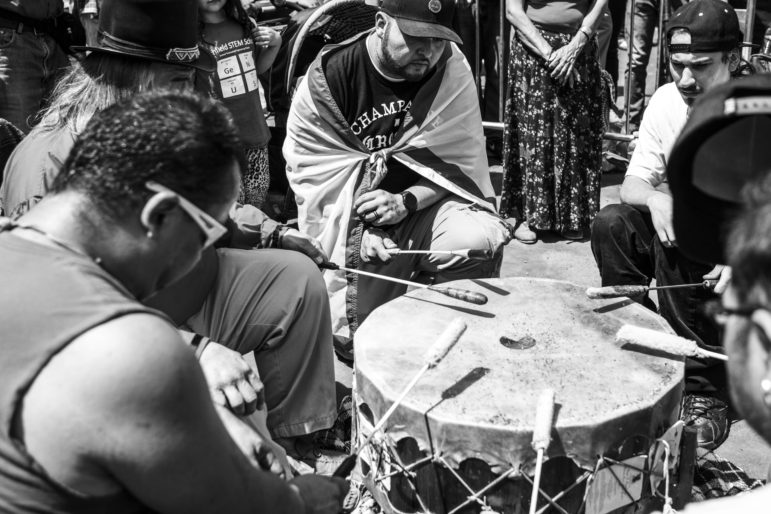 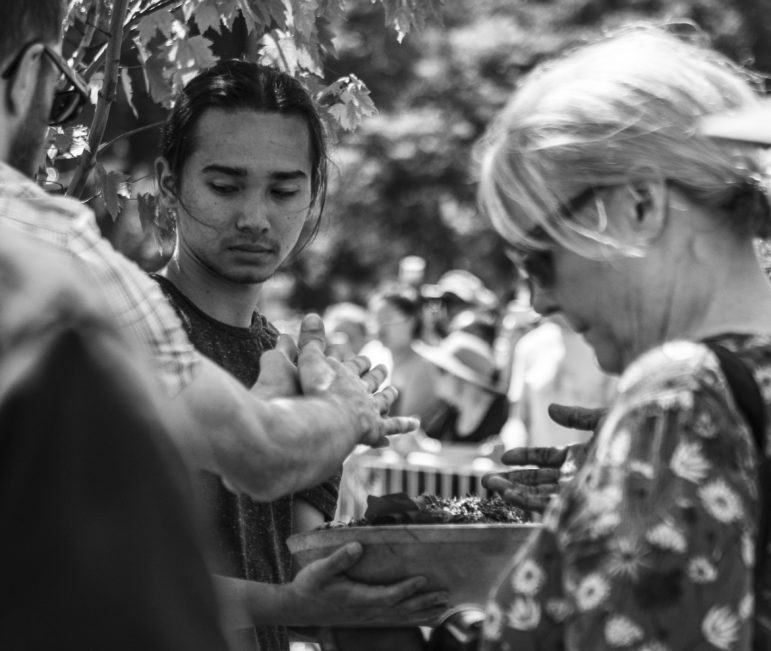 Jack Seiji Rios-Shibata gathers tobacco to share for the ceremony. 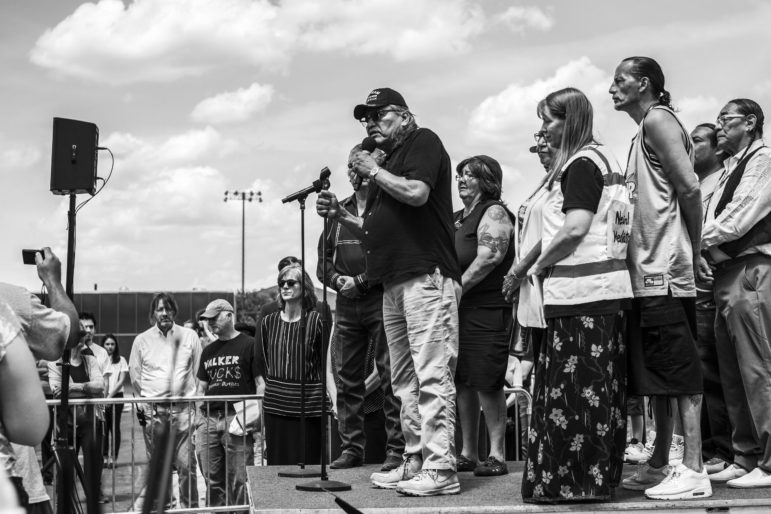 Dakota elders address the crowd gathered at the base of Scaffold. 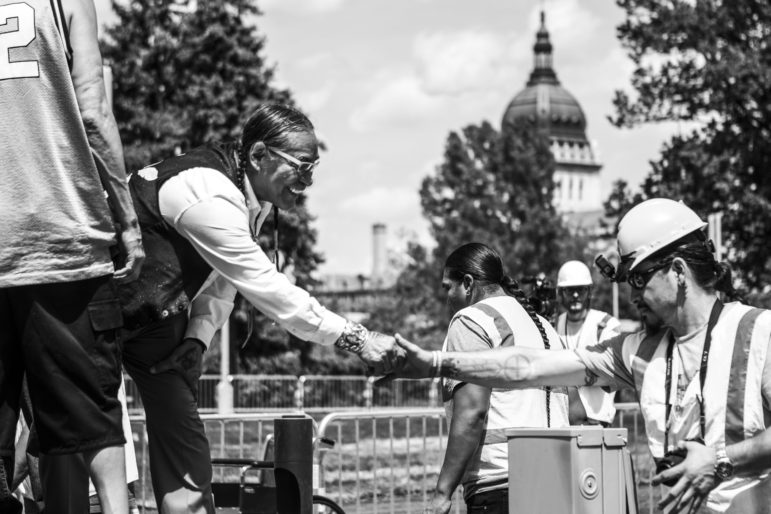 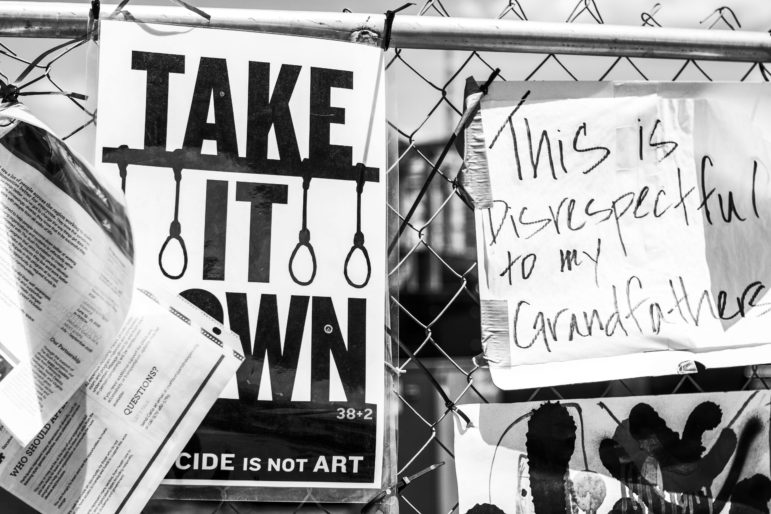 While the original intention for the materials from Scaffold was a ceremonial burning at the site currently occupied by Fort Snelling, Dakota elders have held off on a final decision to encourage more input from the greater Dakota community. 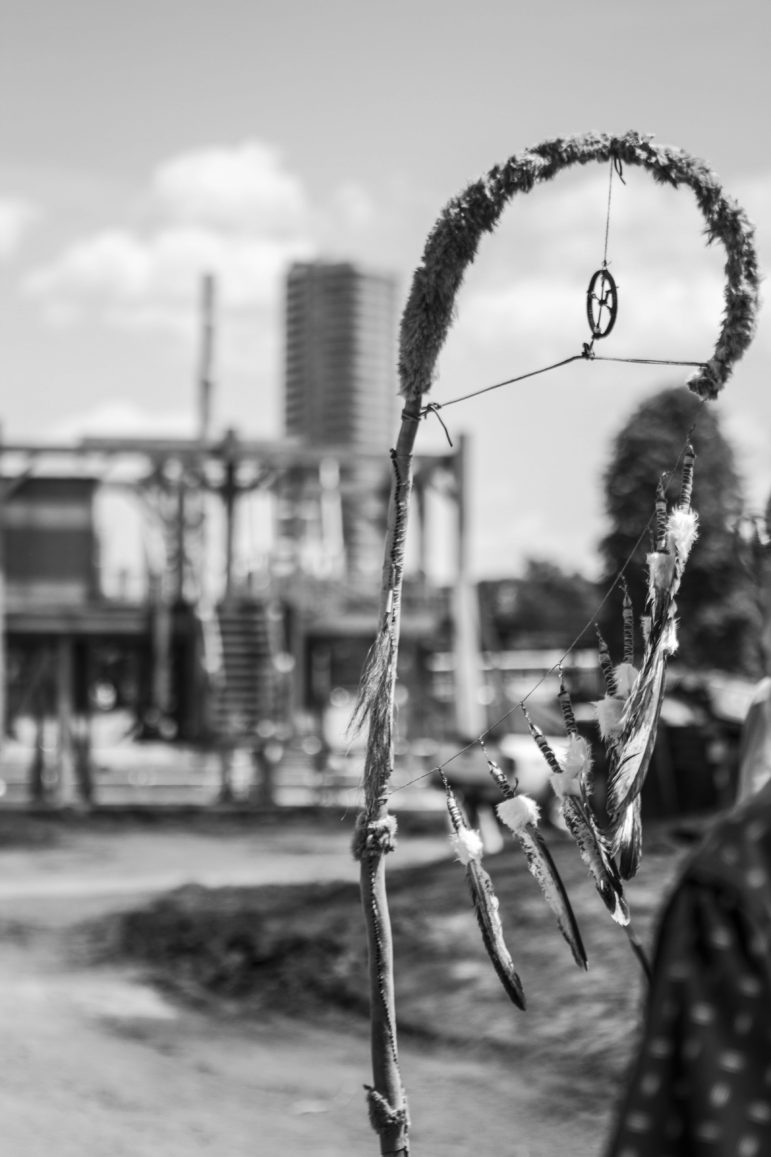