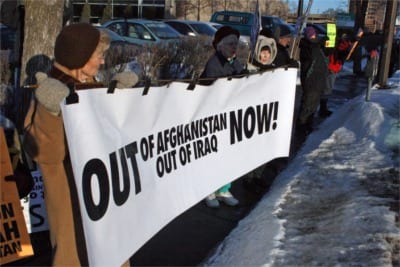 Twin Cities peace and anti-war organizations held a protest on Thursday, February 18 outside Senator Amy Klobuchar’s office to show opposition to the escalating war in Afghanistan, sparked by news of the U.S. attack on the city of Marjah, Afghanistan. Shane Duncan of Necessary Exposure was there to photograph the protest. 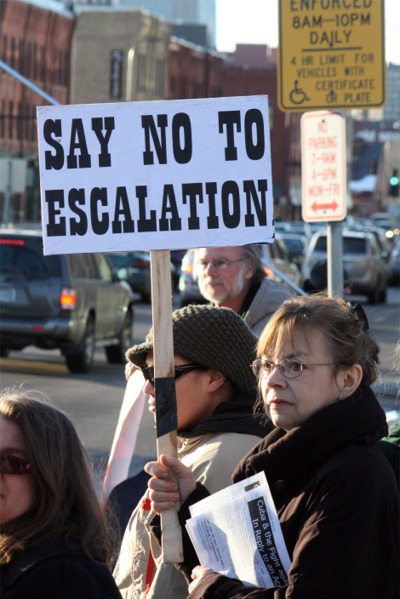 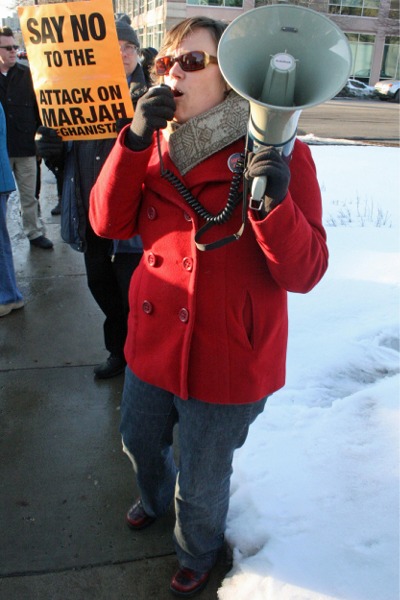 A statement issued by organizers said in part, “In a new escalation of the war in Afghanistan, U.S. and NATO forces have launched an attack on the city of Marjah, a city with over 80,000 residents. Following the dispatch of thousands of additional U.S. troops to Afghanistan, the attack on Marjah represents a new and potentially bloody escalation.” 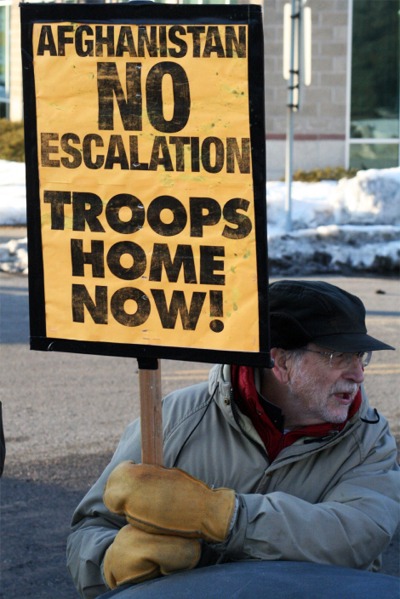 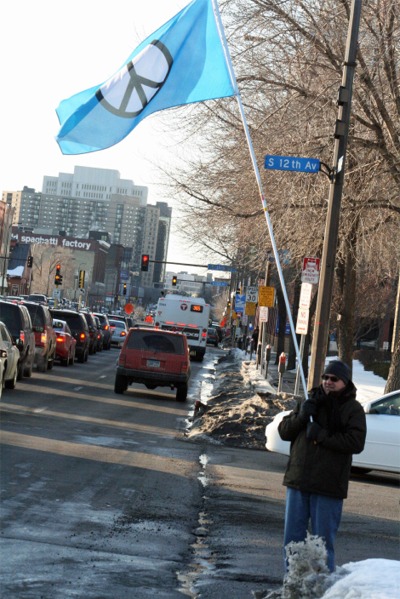