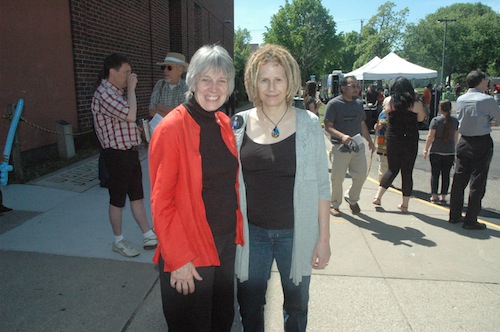 There couldn’t have been a grander day for the opening celebration of the all new Phillips Community Center (PCC) on Saturday, May 12. The sun was shining, children were playing, and the mood was high, especially after news this week that Governor Dayton approved a bonding bill that included $1.75 million tfor reconstruction of the center’s long-closed pool, with an additional commitment of $370,000 from Hennepin County, according to Representative Karen Clark.

“The citizens deserve all the credit,” Clark said. “The story of Phillips has been it has not been the number one priority for any city entity.” With strong organizing efforts within the community, Phillips’ neighbors were able to stir up the waters enough to get action.

The building was originally a junior high school, which closed in 1982. Slated for demolition, it was saved as a result of community pressure, and was run by the Boys and Girls Club for the next 20 years, along with some other tenants. The building closed in November of 2009, and has undergone extensive renovations, including new heating, ventilation and air conditioning systems, a new roof, new energy efficient lighting, etc. It was set to re-open in June 2010, but a  plan to fill the center’s pool with cement sparked a huge community outcry in March of that year. {See sidebar for coverage of controversies and organizing.)

After many community meetings, MPRB made a decision to accept proposals for partnerships in operating the facility. Eventually MPRB approved a plan that re-envisioned the Phillips Community Center as a coalition of neighborhood organizations that would lease the space. Unlike any other recreation center in the Minneapolis Park system, PCC houses five tenants, each contributing unique services. They include Ventura Village/A Partnership of Diabetics (A-POD), Waite House (currently under construction), Running Wolf Fitness Center, Minneapolis Swims and Somali-American Communities.

“We’ve never had this kind of formal partnership before,” said Park Board Commissioner Scott Vreeland, “with different community organizations co-habitating a building. This really is a community center, with all kinds of services and things to do in one place.”

In January of 2011, Minneapolis SWIMS did a presentation to the park board, in which they estimated that a new pool would cost $650,000 dollars. However, after consulting people about how to make the pool sustainable, Lieder realized that they would need a shallow warm water pool, which would enable more income coming in for swimming lessons.

After realizing that a second pool was needed, Lieder partnered with Representative Karen Clark, who wrote a bonding bill for $2.1 million.

“They were mad at us,” Lieder says of the Park Board when they found out about the bonding bill, which they hadn’t known about. “They thought we were not going to go after public money without private money,” she said. 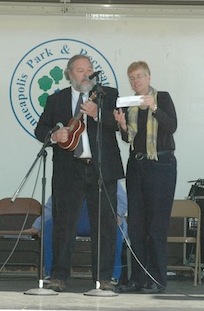 Park Board Commissioner Scott Vreeland said the park board was always supportive of the pool effort, but he credits Lieder and other community members’ leadership with making strong connections with the legislature. There was maybe a week in 2011, he said, where there was some confusion, because MPRB didn’t know about the bonding request, but it was soon cleared up.

Unfortunately, Minneapolis’s SWIMS proposal was cut out of last year’s bonding bill, “in the last five minutes,” Lieder said. It was the same day a child drowned in North Minneapolis.

This year, Lieder said that strong advocates within the legislature helped push it through. She names Larry Howes, a Republican, as their strongest advocate. “He’s so supportive of what we were doing with the kids,” she said. She also credits Governor Dayton for his support.

“Minneapolis has no public indoor swimming pool in the entire city,” she said. “I’m astonished by that. Swimming has fallen through the cracks for decades.”

Lieder said that the reason they were successful this year in remaining on the bonding bill is that the project is so strong.

“We have a packet of information,” she says, “About the connection to academics, and the fact that swimming is a life saving skill, as well as a basis for an active life long activity.”

Legislators sat down and listened to Lieder and other Phillips community members, and began to support the projet. “It’s a testament to democracy,” she said. 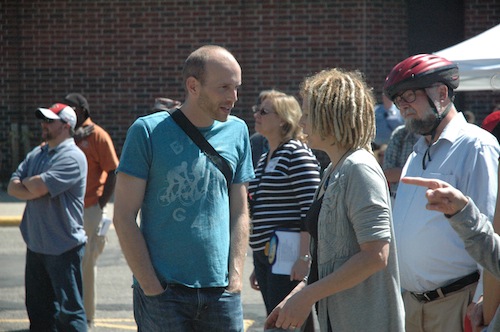 Lieder calls her group of lobbyists a “rag tag” group of community members. “We didn’t have money. We didn’t have power. It was just little people from the neighborhood- immigrants, refugees — people that cared about swimming and wanted to make this happen.”

Minnesota has the highest drowning rate in the country, with 19 people who drowned in Hennepin County last year, she said. “It’s a recognized public health issue,” Leider said. “African American children drown at six times the rate of white case — that’s a strong case of this being a civil rights issue.”

“This is another Phillips miracle,” Vreeland said. “The legislature doesn’t fund recreation centers.”

The next step, is finding funding for pool operations. Will the Park Board make a commitment to supporting the project? What role with the Minneapolis Public Schools Play? To learn more about Minneapolis Swims, you can go to their website. 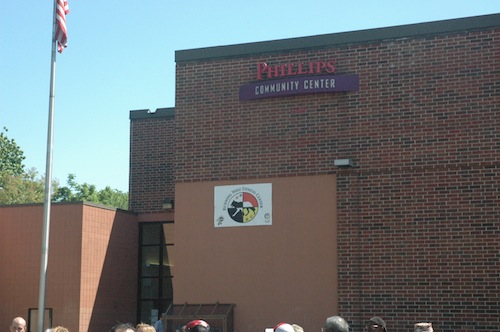