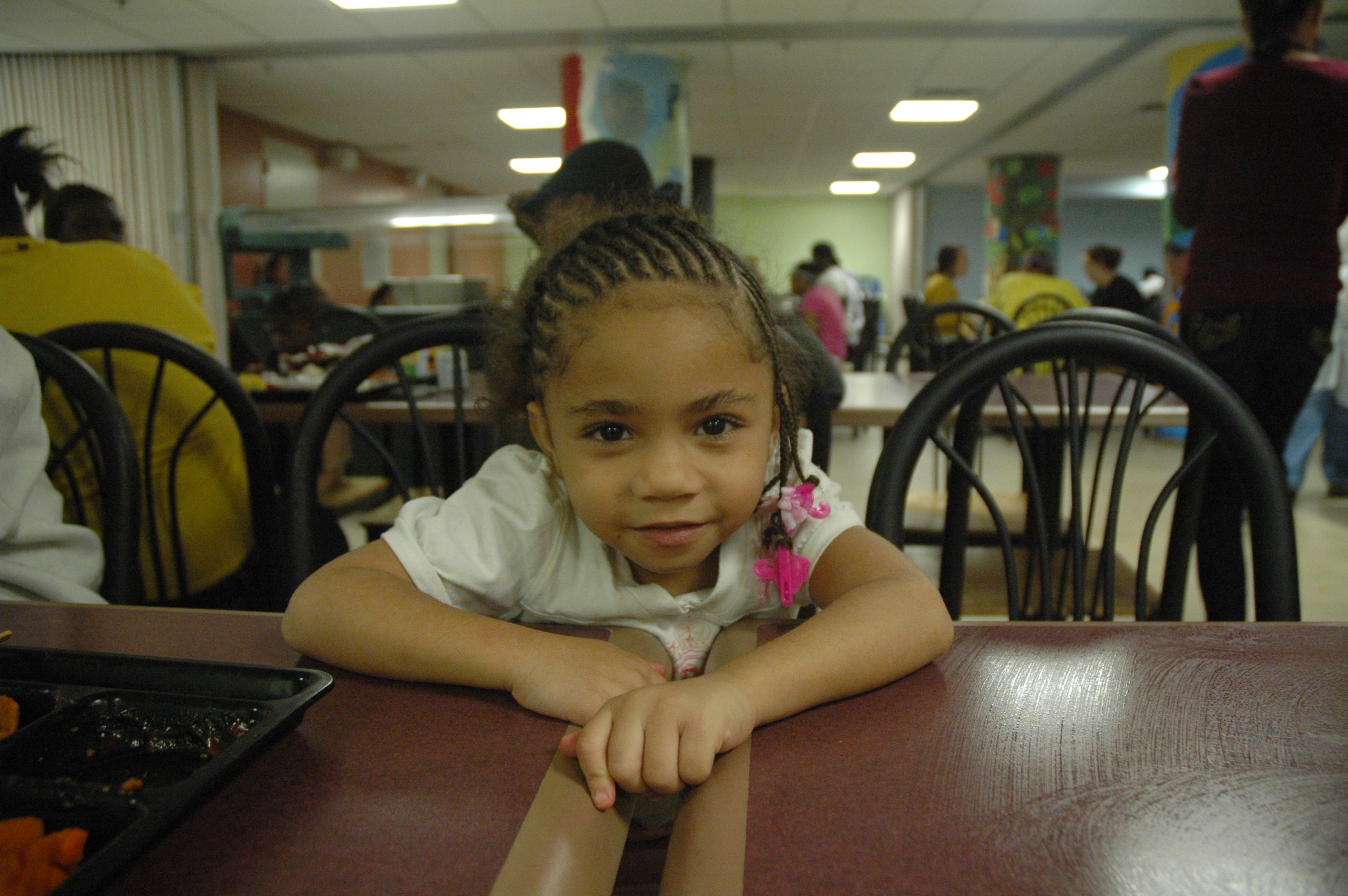 Natasha and Ivory, a couple with three kids, and one on the way, seemed hopeful as they sat down for lunch at People Serving People (PSP) last week. The couple had been staying at the downtown Minneapolis shelter for about a week, and already they’re hopeful that Ivory will be able to get a permanent job through the temp agency through which he’s been working. (We’ve not used the last names of the people staying at PSP at the request of the shelter).

Their friends didn’t like the idea of the family staying at a shelter, but Natasha thinks it was the right decision. “There are a lot worse places,” she says. “We’ve got a roof over our heads, and help with diapers. It’s a nice place, and the kids call this their home.” Although the couple grappled with some feelings of shame in the first couple of days, after they settled in, Natasha saw how happy her kids seemed to be. They had a park to play in, and other children to meet.

They didn’t have much of a choice. Both Natasha and Ivory were out of work, and had weren’t able to keep paying their whole rent from the county benefits they were receiving. Natasha says they were paying half their rent, but that wasn’t enough for their landlord. So they moved out of their place, where they had stayed for the past four years.

PSP has helped Natasha and Ivory by putting the children in a Head Start program, and things are looking up. Ivory’s manager at the place where he’s temping says he’s a good candidate for a permanent position. The main thing, though, is that the shelter has kept the family together. 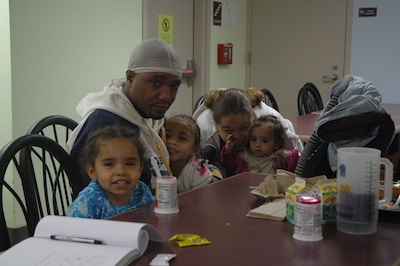 Natasha and Ivory are staying in one of the 99 emergency shelter rooms at PSP, the largest family-focused shelter in the state, according to a fact sheet provided by PSP. There are also ten two-bedroom supportive apartments. Unlike other homeless shelters, where people have to find someplace to be during the day, PSP is a 24-hour shelter, with numerous services offered for the families that stay there. The offer counseling services help finding employment, a medical clinic, childcare, tutoring, a computer lab, and more.

In 2010, 38 days was the average stay for families at PSP, according to the fact sheet, but for some, a quicker stay can be more helpful. According to Jennifer Swick, Resident Resources Manager, who led tours of the shelter last Saturday for an Open House, each family is screened through the Rapid Exit program, a cooperative program that receives government funding. According to Swick, the Rapid Exit program provides opportunities for families that don’t need a long stay — “Maybe they just need to be connected to a landlord that understands these issues,” she said. 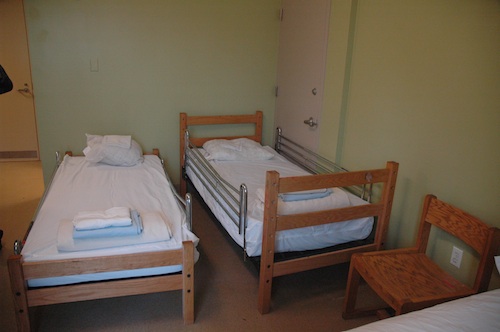 The needs of each family will vary, depending on the circumstances. Some people might be displaced because of a landlord going into foreclosure. Others have lost their jobs, or are just having a hard time making ends meet. There are veterans, victims of domestic abuse, people suffering from mental illness, and other issues depending on the individual case.