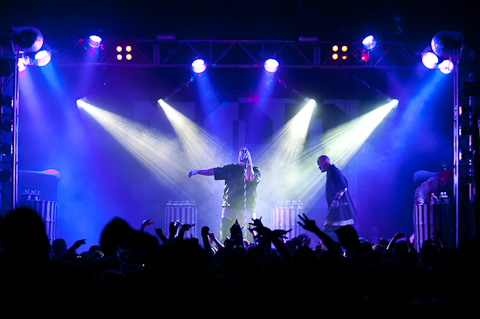 In a recent post on The Tangential, Becky Lang wonders whether people bother reading most reviews. If they don’t, she suggests, it’s because a lot of reviews are boring and formulaic essays designed to please publicists and ensure continued access/freebies/advertising for the publications.

Do people read reviews? Based on my four years of experience as arts editor at the Daily Planet, I can say that the answer is definitely yes. Reviews are as popular as anything else we publish on the site—including local news reporting and blog posts on all sorts of different subjects. People are certainly reading our reviews. But which ones, and why?

The arts review is, as Becky notes, in transition. Formerly, most reviews were written by professional journalists hired to be the voices of their publications, experienced writers who could reliably produce well-crafted prose. Today, with newsroom budgets being cut, newspapers and magazines are putting priority on previews: articles about upcoming events that are seen as a “service to readers” (because, the thinking goes, what kind of service is it to tell you about a show you missed?) and make sources happy. By definition, a preview can’t be as critical or analytical as a review: the journalist is writing about something that hasn’t happened yet.

Reviews still do make up a good portion of mainstream publications’ arts coverage, but increasingly the task of reviewing is moving to the blogosphere—even for professional critics, who may write reviews that appear only online and might come with less pay than other features. Then there are the million bloggers blooming on independent sites around the world. Reviewing is becoming democratized—for better and for worse. For better, the Internet is facilitating the spread of voices that would never be heard in the mainstream media. For worse, a lot of reviews are, as Becky notes, pretty crappy. Some of that is certainly because bloggers are trying to kiss up to publicists and artists, but a lot of it is simply because really good writers with distinctive voices are few and far between. You used to be able to count on publications to do that filtering for you; now, you have to do more of that filtering yourself.

In this everyone’s-a-critic world, why are people still reading reviews? I think there are at least four good reasons.

1. To help make decisions about what to see/hear/read. This is the classic function of the review, and still the central function that reviews serve. You can only see so many movies, hear so many albums, read so many books—and people still turn to trusted reviewers to help steer them in the right direction.

2. To get news. Those of us who write a lot of reviews try to keep in mind that most of our readers will never see/hear/read what it is we’re writing about. So why are they reading? They may be considering buying a ticket or downloading the book/album, but they also might just want to know. I haven’t been to New York in years, but I still read The New Yorker‘s theater reviews because I want to know what’s happening on Broadway. If you read a review of a Hole show that you didn’t attend, it might just be because you want to know what sort of crazy shit Courtney Love got up to. Criticism isn’t just reporting, but reporting is an important part of what a critic does.

3. To better understand. I don’t think people are usually conscious of this, but I think people like to read reviews because it helps them understand what they’re seeing/hearing/reading. Ask the average Joe why he likes this movie or that album, and the response will be something much less lucid and analytical than what you’d hear from a critic, because Joe may not have much experience thinking critically about the arts. He knows what he likes, and that’s fine but why does he like it? A good critic will put an artwork in context, explaining its significance and breaking it down into its components to analyze why it does or doesn’t work. The average reader doesn’t think about art that way, and might appreciate a critic’s ability to provide a sort of user’s manual.

4. To follow distinctive voices. The Daily Planet reviews that get the most traffic are those that are well-written and entertaining to read: Marcus Michalik’s review of Glee! Live!, Sarah Heuer’s review of a Taylor Swift concert, Bobby Kahn’s account of his first Insane Clown Posse show, and Becky’s own review of Smucker’s Stars on Ice. Those reviews have lines that you remember and want to quote to your friends: they’re both stylish and substantive. A review can be an excuse to write something boring and boosterish, but in the right hands it can be a spacious canvas for writing that’s an art in and of itself.

That’s why Becky calls for publications to embrace “quirky and weird” reviews, and I agree. It used to be that reviewers were the only source of information about some types of performance or production, but today you can get that Hole setlist and see concert photos and video without going anywhere near a review. Reviewers are still relevant, but only if they write something worth reading.