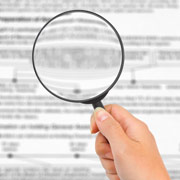 Somewhere in the murky background of the Penn State scandal is a public policy lesson for all state leaders, including Minnesota.

While most people focused on the egregiousness of the crimes, I was also appalled to learn that Penn State University—a state funded intuition—is exempt from Pennsylvania’s data practices laws. Though access to government information isn’t necessarily headline grabbing in a story like Penn State’s, the culture of nondisclosure and cover up exacerbate the scandal.

Though transparency and open government are vague ideals that fall trippingly from the tongues of public officials and voters alike, the fact is that the people’s right to know is fragile at best, constantly vulnerable to outrageous threats from individuals and institutions that consider themselves above the law.

In some ways, the threats are of greatest concern closer to home. At the federal level, media, public agencies, think tanks and advocacy coalitions keep the bright light shining on the federal government’s interworking. State and local bodies don’t face the same rigorous scrutiny, especially in a time of shrinking media resources.

Fortunately, Minnesota boasts a history of deep commitment to public access. The state’s Data Practices Act and Open Meeting laws are models—ever open to discussion and revision, but based on the fundamental principles of access.

There are tests of the state’s commitment to open government affirmed in significant legal instances including the challenge to the University of Minnesota Regents’ reluctance to open the process for selection of a University President.

Admittedly, this instance may be a far cry from Penn State President Spanier’s egregious offense. Still, there are other instances of the University has made unsuccessful approaches to the Legislature to be exempt from the Minnesota Government Data Practices Act and the Open Meeting Law.

Recently, we have seen the Capitol closed during budget negotiations. Even closer to home, my neighborhood is currently challenging the City of Minneapolis for its alleged failure to disclose details of a proposed waste transfer station in residential Northeast Minneapolis.

The abstract forces of open government, formulated in laws and regulations—and their oversight—are implicit throughout government at every level.

An atrocity such as Penn State reminds us that open government is a value that demands vigilance and a broad constituency for whom the right is as basic as other rights which, though they may be easier to articulate, are no less at the absolute core of this democracy.