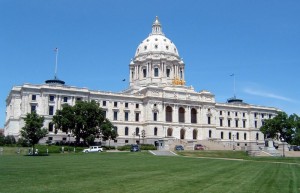 When a stubborn government official refuses to release public information as required under Minnesota law, a costly and lengthy lawsuit is often a citizen’s only recourse.

But state Rep. Gene Pelowski, DFL-Winona, has authored a bill that will simplify, cheapen and shorten the process used by citizens and the media to gain access to public government information.

“In the transformation to the age of information, we should not only be able to see that public data is there, we should have access to it in a timely manner, Pelowski said. “We shouldn’t have anyone who is in possession of public data being able to say, ‘I’ll give it to you when I damn well please, or take me to court.'”

The reforms are an attempt to embrace the spirit of Minnesota’s data practice laws, which presumes that all government data is public and sets general standards for how to respond to data requests.

The bill’s the first major step in a series of open government reforms spurred by the Minnesota Newspaper Association (MNA).

The increasing complexity of Minnesota’s data practice law is an obstacle to citizen access, said MNA lawyer Mark Anfinson. The law has grown to about 115 pages in the last 25 years, so it’s often seen as simpler for officials to err on the side of withholding information than releasing it.

“It doesn’t just undermine the spirit [of the law], it fundamentally undermines the whole effective operation of the statute,” Anfinson said.

The news media once led the way in pushing government to disclose public data through lawsuits, Anfinson said, but that pressure to allow access has largely disappeared as the newspaper industry’s health deteriorated. Court cases can last up to a year and typically cost between $7,000 and $20,000 in legal fees.

“With their diminished resources they’re less likely to spend the money, which is harder to come by, on these sort of lawsuits,” Anfinson said. “If some people in government realize the great majority of folks concerned with information and the law aren’t going to sue them – it obviously dilutes the incentive to comply with the law.”

Instead of forcing citizens to take government to district court, the cases would be heard by administrative judges in the Minnesota Department of Administration, which volunteered to take the court cases from the overburdened circuit courts and has helped shape the bill over the last few months.

Holding hearings with administrative judges would allow the cases to be decided within six weeks, rather than the six months to a year typical of district court cases.

“That process will be much quicker, much cheaper and probably more reliable over all,” Anfinson said. “It will be more consistent in how the law is interpreted because you’ll have a small group of judges who over time will become more familiar with the law.”

The high cost connected to circuit court cases would be replaced with a $1,000 fee, which would be refunded if the citizen wins the case against the government, along with up to $5,000 in lawyers fees.

“Virtually every case that’s ever been litigated in district court involving the data practice act is an exhibit in favor of this reform,” Anfinson said. “The present enforcement mechanism is basically broken.”

Although there’s been a lot of careful clarification of the bill’s language, it hasn’t run into much actual opposition, mostly because in addition to helping citizens and the media, it also benefits government bodies.

“Keeping the process simpler will cost them much less in legal fees when they’re defending cases and will knock out frivolous requests more effectively,” Anfinson said. “It will just clarify things in a way that will save the government a ton of money over time.”

Pelowski said the bill, which has bipartisan support, will likely be heard in the House Civil Justice committee this coming week. A companion bill sponsored by Sen. Don Betzold, DFL-Fridley, is also moving through the state Senate and will be heard next in the Senate Judiciary committee.

The state Information Policy and Analysis Division (IPAD) offers citizens and government bodies education on data practice issues. People who’d like to challenge a government body’s decision on a data practice request can contact the agency for a free, non-binding advisory opinion (pdf).

Under the current system, there’s a strong reluctance in government to release information that is rightly the public’s, said Minnesota Common Cause Executive Director Mike Dean.

Increased access to public information would allow citizens to hold their government accountable, he said.