The cafeteria is a noisy thrall filled with clamoring voices and excitable chewing. You watch as a boy, hunching his back and with a hoodie pulled over his head, walks toward an empty table in the corner. You mean to go over to him and ask who he is or whether he has any friends. But then your best friend comes up from behind you and covers your eyes with her hand. 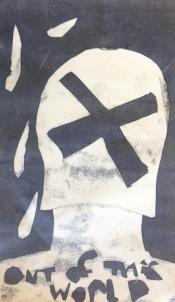 You turn and laugh as she tugs on your arm, signaling for you to come to the table where she and your other friends are already shuffling. You think about the boy briefly before joining her, remembering that you hardly have any classes with your friend and that you’re always too busy working on homework to hang out with her after school.

You digress and ignore your curious urge.

This is a common scene for teens in middle school and high school, one Chris Otto has sought to remedy. Otto, a counselor for 7th through 9th graders at Stillwater Junior High School, wants students to not only be successful academically, but also “develop in personal and social abilities.”

“I would say mental health falls into that category — helping them be healthy mentally, emotionally and socially,” said Otto, who also serves as president of the Minnesota School Counselors Association. “In our building, we do a lot of our delivery of skills related to how to get along with kids, how to be respectful, how to deal with a situation where you’re feeling not treated well, which may be directly related to bullying.”

If you Google the words “Adam Lanza” and “loner,” you’ll see a wealth of media reports describing the Newtown, Conn. shooter as “nerdy,” “weird” and “isolated.” Following the Sandy Hook Elementary School massacre in December, an Associated Press article quoted one of Lanza’s school advisers asking a reporter, “Have you found his best friend? Have you found a friend? You’re not going to.”

What were Lanza’s classmates to make of the boy who everyone ignored? Who may have sat at the back of class scratching letters into his desk, never sure what to say? The shy kid who decided to go on a rampage and claim the lives of 26 people?

It’s never that simple, of course. But Otto said that without early peer connections, it can become a lifelong struggle for students to interact.

“Connections are the key. Having connections to other students. Having connections to adults who they feel like care in and outside of school,” she said. “The kids that come in and have social skills firmly in place, they’re connected. They’re developing in a really healthy manner in a lot of aspects. But it’s the kids that don’t have the social skills, or haven’t figured out how to make friends and how to be a friend, that will a lot of times say or do things that will turn other students off. And then they really start feeling alone.

Specifically, “Where Everybody Belongs” (WEB) is a middle school orientation and transition program that welcomes sixth graders and makes them feel comfortable throughout the first year. Built on the belief that students can help other students succeed, the program trains eighth graders to become peer leaders.

“Most schools interpret student safety as the need to keep negative influences, people and events from entering the school environment. As a result, a significant amount of money and resources are invested in security to seal off the campus from the outside world and make it harder for those things to get in. While this is obviously important and does need to be addressed, it is not the only safety issue students face at school,” Hofmann said.

“Those inside schools know there’s a far greater safety issue that students face on a daily basis: Keeping them safe from the negative forces within the school walls and halls. Bullying, rumors, isolation, and harassment are far more likely to pose safety risks on the average campus than external violence.”

Youth Frontiers is built on the model that if you take students away from the distractions of a normal school day for a retreat, it’ll give them a chance to experience “what school would be like if everyone was respected,” Hofmann said. The impact of those experiences can be felt immediately.

“Students just need to be compassionate,” Otto said. “If someone is sitting by themselves, don’t leave that person. How about you and your friend go and sit by someone and make a friend? As people, we just need each other.”

Cutbacks in school support services have made that kind of peer-to-peer outreach more crucial than ever, Otto said.

There are about 1,000 school counselors in Minnesota, an average of 780 students to one. Though no one knows the perfect ratio, Otto said Minnesota is “third to last” nationally. Only California and Arizona have a worse ratio.

“The American Schools Counselors Association recommends a ratio of 250 to 1. Most states are not that low, but some of the states at the top of the list are in that 250 to 300 range,” Otto said.

Furthermore, the ability to call on outside therapists, or those trained to address specific mental health problems, is greatly needed, she said. Teens who are “dealing with more than the average student” need both levels of care.

“I worked with a (recent) student dealing with anxiety because the semester had changed and classes had changed over. So she didn’t have friends in class and had a really hard time with that,” Otto said. “She has specialized needs, so we had to make adjustments to ensure that she got in classes with students she could feel connected to. Because it’s a different experience when she feels like she has positive connections to her peers.”