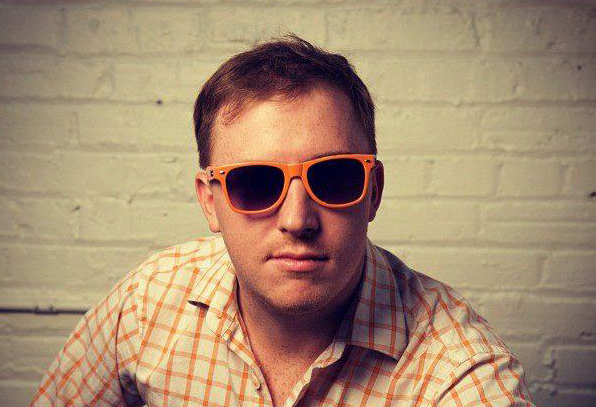 I was chatting with my friend Patrick, or @patiomensch, co-founder of @30daysofbiking, and it became apparent that he should probably interview me this week for my column. He also writes his own column over at Groucho Sports, so I will get to interview him, too!

Here is what Patrick wanted to know from me.

1. What is the legend of Bacon Tits?

A: Bacon Tits all began one day on the Internets when I decide that bras made out of raw bacon were ridiculously disgusting. I brought my thoughts to Titter, announcing that I thought a cooked bacon bra would be way hotter. I was told I couldn’t do it so I stepped up to the challenge.  Bacon Bra 1.0 was not very successful, but 2.0 was well-cooked and well-photographed and made it onto the Internets. From there, I made a website, allowed a photo to be used on the Travel Channel, and was interviewed a couple times. I’ve now gotten really tired of running into strangers who know me as Bacon Tits but hey, fame can be good and bad, right?

A: Ninja has a lot of interests. Her number one favorite pastime is licking. She enjoys licking most things: people, beds, couches, as well as other inanimate objects. Ninja also enjoys sniffing butts and peeing on stuff. She is an avid walker and occasional runner (her 5K time is around where mine is currently!) and sometimes she rides bikes. Her favorite hangouts are the Lake of the Isles Small Dog Park (except when Chewy is there humping her in the face) and the little park near our condo.

3. What is your favorite pair of shoes?

A: Oh man, that is one hell of a tough question. Probably my red cowboy boots (bought at Everyday People in uptown) or my favorite Fluevog boots. John Fluevog is the way to my heart. My boots are my favorites but I don’t want my other shoes to get too jealous; I love them too. 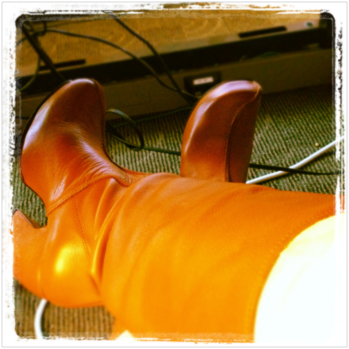 4. What will your next column be about?

A: It will totally be an interview with Patrick!

5. Do you think Patrick has a nice butt?

A: Hell yes. I mean, look at the evidence—it speaks for itself! 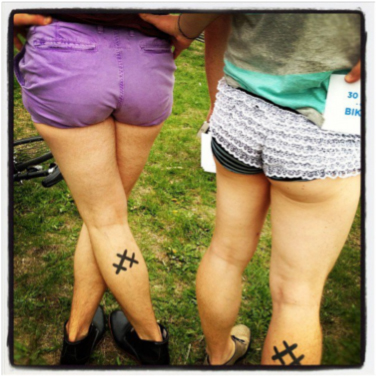 6. Where is the best dancing?

A: I really like Hipshaker and Transmission as far as dance nights go. The Kitty Cat Klub is one of my favorite venues so I like to head over there but Wednesday nights at Club Jäger are always filled with some of my favorite people, and I love a nice night on the patio there during the summer.

7. Where’s your favorite place to bike?

A: I most often bike to whenever I’m eating brunch. Oh what’s that? That’s the next question? Also I bike to Hidden Beach with Ninja. Did I mention she enjoys watching ferrets swim at the beach but hates swimming herself? I love biking around the lovely lakes (my favorite lake is Isles) and all over the trails we have here in Minneapolis. My goal for the next week or so is to start biking to work.

8. Who has the best Sunday brunch?

A: Haute Dish. Rich, creamy, delicious. Get the chicken and waffles.

A: Well I just read was all three Hunger Games books and I really enjoyed reading those. I’ve yet to see the movie, but they were fun and quick reads that I didn’t want to put down until I had finished them. I’d recommend them! I’m now starting to read Middlesex.

A: I can’t remember…no, seriously, I’m that person who has never seen all of the movies that everyone else has seen. I did watch a few in Mexico, like Being John Malkovich and Broken Embraces/Los abrazos rotos (to practice my Spanish) and I really loved both.

A: I don’t like to admit to the bad TV shows I watch. The only ones I’m willing to share are Bones and New Girl. The others are just too awful. However, I recently watched a couple episodes of How I Met Your Mother, which were funny, and I may have agreed to start watching Gossip Girl…But as far as best show? Nothing has ever topped Buffy the Vampire Slayer, no matter how many shows I’ve watched since.

Be sure to see what questions I ask Patrick soon for his column. I wonder how he feels about my butt.