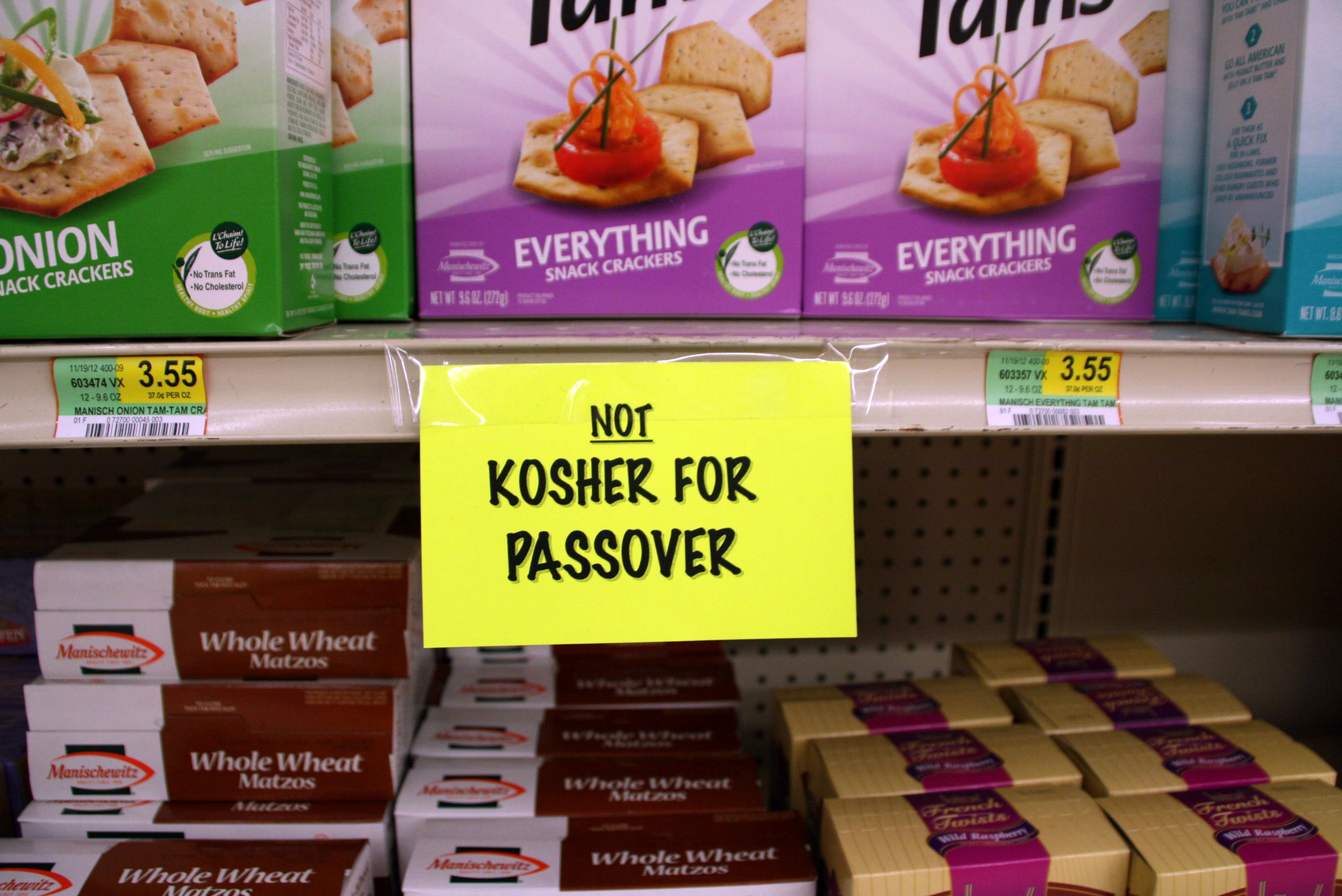 Easter is easy when it comes to food. You know what to expect­­: spring vegetables, colored Easter eggs, and a dinner ham (although I’ve been told by a few gastronomic subversive Christians I know that Easter is about the lamb of God, not the ham of God).

Passover is a different story. The festival, which began Monday night, is an eight-day Jewish holiday of freedom recalling the Hebrews’ flight from slavery in Egypt, 3,000 years ago. At the beginning is a ritual meal called a Seder.

What makes this holiday different from all others are the dietary restrictions. During the entire eight days, Jews must avoid chametz: wheat, barley, rye, spelt, or oats. These are grains that can ferment or leaven when mixed with water.

At the center of Passover is matzo, the biblical unleavened bread that symbolizes the Exodus, bread made in such haste that there was no time to let it rise properly. 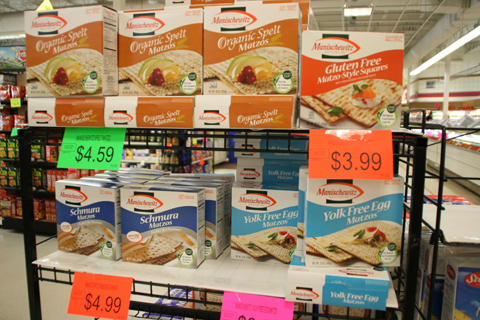 This bread of affliction is part of the Seder ritual and a vital ingredient in Passover cooking. It’s the only wheat allowed. For matzo to be permissible during Passover, no more that 18 minutes can elapse from the moment liquid touches the flour until it is finished baking. Rabbis closely supervise the wheat from harvest until it comes out of the oven to make sure that no water ever touches it and inadvertently starts the leavening process.

From there, Passover gets complicated. Personal custom reflecting the norms of family and community ends up determining what individual Jews will or will not eat during the holiday. There’s no punishment if you eat something someone else thinks is forbidden.

Sometimes the rules change as new foods become popular. A recent 20-year debate among rabbis as to whether quinoa is kosher for Passover ended in a mostly pro-quinoa decision. But, some rabbis still insist that quinoa isn’t permitted if it was grown near fields where forbidden grains like wheat were grown.

Here’s where personal decisions come into play. I ran into a couple, Janet and Eric, shopping at the St. Louis Park Byerly’s, looking for their favorite Kosher for Passover muffin mix. When I mentioned the quinoa proximity restrictions and they rolled their eyes and laughed. “Picky, picky, picky,” they said. 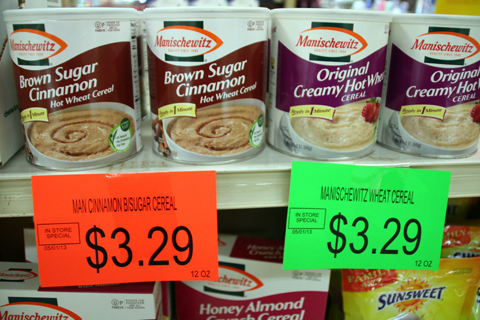 And, why can there be muffin mixes when leavening is forbidden? It’s done by taking Kosher for Passover matzo, grinding it up into flour for a passable (usually) substitute for the regular stuff. That’s why there’s a Passover muffin mix Janet and Eric wanted. That’s why there’s Passover pizza, cereal, cakes, brownies, pirogues, and pasta. 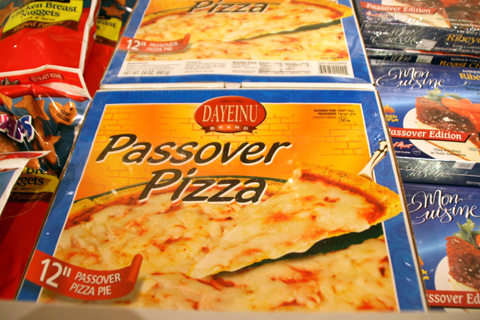 While many simply look for the “Kosher for Passover” label, others read ingredient labels closely. A popular brand mayonnaise? It’s made with soybean oil, so it’s not allowed. A favorite yogurt? It’s got forbidden cornstarch. Soft drinks? Corn syrup—unless you buy Mexican Coke, made with real sugar. Pickles? They’d better be brine and not vinegar. And, of course, no corn chips, gummy bears, soy sauce, or Girl Scout cookies. 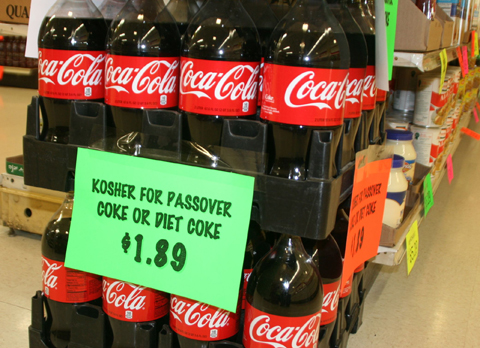 While the restrictions sound challenging for any cook, centuries of Jewish grandmothers have come up with a number of really wonderful meals that can make you look forward to Passover dinners. 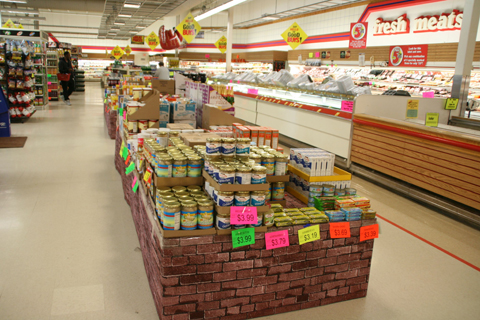 Here’s the short list of some favorites. If you’re interested, the two best groceries I’ve found for Passover food is Cooper’s SuperValu in Sibley Plaza on West 7th in St. Paul, and Byerly’s in St. Louis Park on Park Center Boulevard. 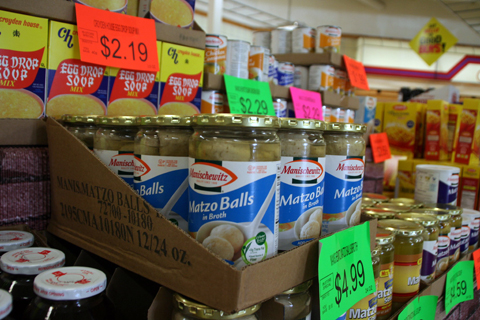 Chicken soup with matzo balls. The ultimate comfort food, you can make the matzo balls (dumplings) from scratch or you can buy a mix. The real debate is whether matzo balls should be light, tender and fluffy, almost floating above the soup, or dense enough to make a hole in the floor should you drop one. You decide. 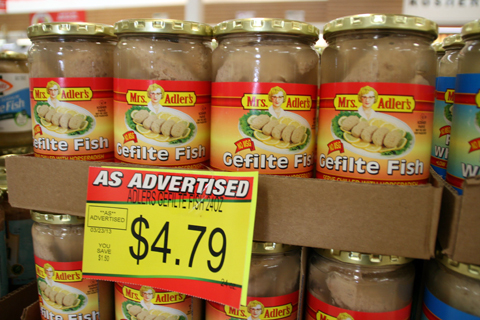 Gefilte fish. A traditional second course at a Seder, gefilte fish is a fish cake made with poached fish (whitefish, pike and carp are popular) mixed with matzo meal and served chilled with horseradish. You can make it from scratch or buy it in jars. The flavor is mild and refreshing.

Potato kugel. This is the classic potato and onion hot dish. It’s not difficult to make, but it’s labor-intensive because you have to grate all the potatoes and onions together.

Tsimmis. The word tsimmis translates loosely from Yiddish as “a big mess” or “a big commotion.” There are any number of combinations for this sweet fruit or vegetable side.

Matzo brei. This is a lovely breakfast (anytime) dish that’s made with eggs and broken up, soaked matzos cooked in fat. If you can’t get rendered chicken fat (it’s for sale in small tubs in many grocery stores) you can use butter, but it’s not as good. “Ewwwww,” I hear you saying. “Chicken fat?” Really? I’ll bet some of you cook your eggs in bacon drippings. This is similar, except better.

Coconut macaroons. If your local grocery store has only one Kosher for Passover item, I’m guessing that would be cans of macaroons. They’re pretty good. Or, go to the soon-to-be James-Beard-Award-winning Salty Tart Bakery in the Midtown Global Market, and get the best you’ve ever had.

Sponge cake. Made with matzo flour and a lots of eggs, this light and sweet dessert is great on it’s own or with fruit whipped cream. It’s angel food with some oomph. Sponge cake is a big deal to make. You can buy it ready made at Crossroads Deli.

Of course, during Passover—no beer and no grain-based spirits. That means no whisky, whiskey, aquavit, single malt, or grain vodka. Potato vodka, tequila, brandy, or rum should be fine. Kosher wine is fine, but non-kosher wine is a personal preference and that’s a whole other story. Let me make this clear. I am not a religious scholar. I’m just a food writer. If your Passover traditions are different, that’s just fine with me.