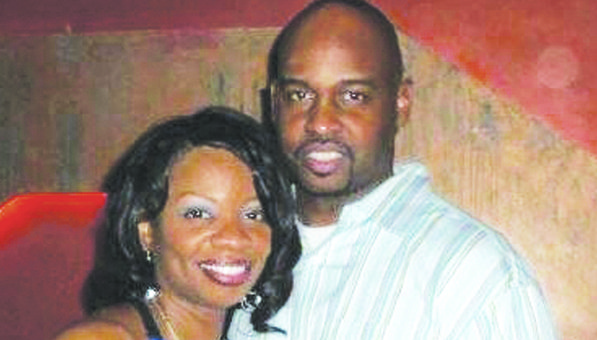 About two years ago, Karla said to her husband Anthony, “Now is the time to start our own business,” and Liberation Clothing and Gifts was born.

Karla, originally from Detroit, and Anthony, from the Chicago area, both relocated to the Twin Cities when they were young. Each showed an intense interest in Black history and culture from an early age, and both were frustrated with the lack of that type of information found in the public schools they attended.

Of her time attending high school in Anoka, Karla says, “There weren’t very many people of color. They did not celebrate Black History Month or MLK Day at all at school. I started a multicultural group when I was in about 11th grade at Anoka High School. We put on cultural fashion shows and things like that. We wanted to make sure the student body recognized Black History Month and Martin Luther King, and when I changed high schools, I made sure that a multicultural group worked there as well.”

While Anthony didn’t go to those lengths, he was always passionate about discussing Black history and culture. Anthony says about his own days in school, “It wasn’t until senior year in high school that we finally started getting a taste of our history. That really turned me on, and I had African American studies at the University of Minnesota. Karla and I also took a course together.

“That kind of got us started going down this path, wanting to promote Black history and Black culture,” says Anthony. The result was Liberation Clothing and Gifts.

The Georges also sponsor a Black History Month Expo. The Expo, now in its second year, runs Friday and Saturday this week — see details below. It will feature events from fashion shows to speakers and workshops. This year’s keynote speaker will be Professor Robert A. Hill of UCLA and director of the Marcus Garvey and Universal Negro Improvement Association Papers Project.

The Expos were born when the Georges felt they wanted to be involved with a major event where they could participate and be vendors. After they were unable to locate such an event, the Georges decided to promote one themselves. Karla told the MSR, “We wanted to make it big. And have other businesses — Black, minority-owned small businesses — come in, where they could sell their merchandise as well. And to educate everyone about our culture, about Black history in a fun way.”

The Georges have had some success attracting sponsors: Supporters so far include media sponsors like the MSR and KFAI radio, as well as educational institutions like Mankato State University and Minneapolis Public Schools.

When asked where they would like to see the Expos go from here, Anthony answered, “We would love to see this turn into a week-long event, having multiple seminars offering multiple educational opportunities, a health and welfare aspect, bigger keynote speakers in terms of name recognition, and an entertainment aspect offering bigger names as well.”

Anthony also says, “I think one thing we should mention about the Expo is that this is a critical year. I think people should know that we are utilizing our own resources to make Black History Month a large event here in the Twin Cities. We want people to really appreciate these events and not start taking them for granted.”

The 2nd Annual Midwest Black History Expo runs Friday, February 21 and Saturday, February 22 from 10 am to 9 pm at the Saint Paul RiverCentre. For further information about Liberation Clothing and Gifts, as well as an agenda and schedule of events for the Expo, visit www.liberationgifts.com and www.blackhistoryexpo.com.