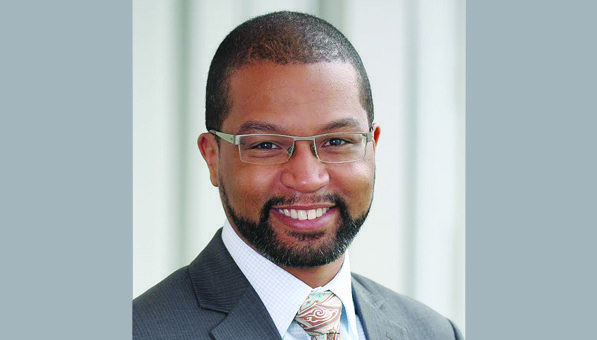 After meeting with Generation Next staff, it was obvious to me that while everyone had a significant role in the program’s success, the role of Jeremiah Ellis, director of outreach and partnerships, was most essential. As stated in a previous article (“Five big steps across the achievement gap,” MSR, Dec. 11, 2014), Victor Cedeño, director of networks and education policy for Generation Next, attributed a huge portion of their success to “a powerful table of people who are coming together saying, ‘We want to be responsible for this. We want to do whatever it takes.’”

“Jeremiah’s role was set up because, while I thought it was incredible that such a great table of people [were] together, it was not a broad enough table [the Generation Next leadership council], especially not enough representing the communities most impacted by this work,” said former Minneapolis mayor and Generation Next Executive Director R.T. Rybak. “This grew out of the African American Leadership Forum, and I thought that we had to go back to reestablish our connections, not only with AALF but throughout the community.

Ellis has a professional history working in various nonprofit organizations as well as with the St. Paul Public Schools. He’s a graduate of St. Mary’s University, member of Alpha Phi Alpha, served the African American Leadership Forum. Ellis used his role with the superintendent of St. Paul [public schools] to address the achievement gap. The MSR asked him if he was the right person for the job.

A question all too important when you consider the game plan Generation Next has set forth to reach out to and bring together the experts and professionals working directly or indirectly with the achievement gap. “We’re kind of an opt-in effort, and the more folks you get to opt-in the greater [our] likelihood [of success is]” said Ellis. “My role is much more outward facing than other roles [of] my colleagues, but I rely on Jonathan [director of data and research] to get me the right numbers.

“What I found when I came — and granted it’s only been about five, six months now — was the tables [Generation Next’s leadership council] aren’t representative of our community,” said Ellis. “The entire St. Paul/Minneapolis community are representative of those deeply impacted by this gap.” Alluding to what Rybak said, Ellis concurred, “This gap is disproportionately affecting people of color, [and] that disproportionality is not reflected within that table.”

To address this disproportionality, one of the trips Ellis took was to St. Paul’s chapter of the NAACP. President Jeff Martin said Ellis was welcomed to make his presentation due to his reputation with him as well as the larger community. To date, no official partnership has developed between St. Paul’s NAACP and Generation Next.

Martin also said that they get a lot of people coming by for the endorsement of St. Paul’s NAACP, and that they are “waiting to see what happens” with respect to Generation Next. Martin, as well as some others who have asked to remain anonymous, are taking the position of “let’s wait and see.”

Minneapolis Public Schools Superintendent Bernadeia Johnson, who has recently announced her resignation from that position, said that she and her organization got involved through the AALF, and she has nothing but good things to say about Generation Next and the work being done thus far. Johnson went on to explain how Generation Next is “good with bringing together the community.”

There’s no doubt that Ellis understands his role and his importance to the success of Generation Next. However, he’ll also tell you that it’s a team effort. “I feel that addressing the education disparity is not just the work of the school district and isn’t just the work of Generation Next; it’s all of our responsibility, and everyone’s invited to help us be a part of this change.”

So when he was asked if he was the right person for the job, Ellis responded, “I think we’re the right team for right now.”

“I think our network has gotten significantly better, but we have an enormous way to go,” said Rybak.