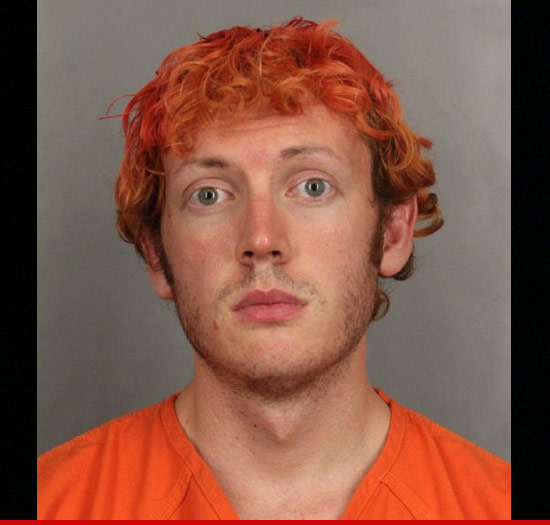 In the debate raging over gun control, one point needs to be emphasized.

These were not the despicable yet somehow logical actions of criminals employing violence in the pursuit of personal gain. These were the actions of tormented souls– members of a growing legion of tormented souls spawned by a culture that preaches Christian virtues while extolling violence as the best solution to life’s problems, as well as a keen form of entertainment (how fitting that the Aurora shooting took place at a theater showing The Dark Knight Rises, a paean to the notion that, as the NRA’s Wayne LaPierre might put it, the only thing standing between us and chaos is a good guy with a gun big enough to stop the bad guy with a gun).  A culture that embraces a soulless free-market idolatry in which the value of everything, including human beings, is determined by the bottom line.

The pro-life people are correct when they say there is a culture of death in this country; they are wrong in thinking that the locus of this culture is Planned Parenthood. It is a culture of death that prevails on Wall Street, K-Street, Hollywood, and our ever expanding Military-Industrial-Congressional Complex.

This is why we must resist the argument that the sole answer to events like the massacre at Sandy Hook Elementary is keeping large-clip semi-automatic guns out of the hands of the “mentally ill.” Statistically, individuals diagnosed with a psychological disorder are no more likely to commit violent crimes than anyone else. And when such individuals do commit violent crimes they temd to act out in ways that reflect the collective pathologies of the culture that produced them. The Adam Lanzas of this country are not Other; they are Us.

Our native strain of suicidal nihilism is currently on lurid display in the often threatening, almost always hysterical posts on the blogosphere by advocates of the “more guns are the answer” wing of the body politic. At heart, this knee-jerk rejection to any suggestion that we, as a society, have a responsibility to keep military-style weapons out of the hands of the Adam Lanzas of this world is rooted in the denial of any such thing as society, let alone the notion of communal or collective responsibility for anything that happens in our society.

This stance is a variation on the Ayn Rand version of nihilism promoted by Paul Ryan and other self-styled libertarians. It is also one of the primary tropes marketed relentlessly by Corporate America through its bullhorn: the movies, TV and radio shows, news programs, and advertising produced by the mainstream mass media. It should come as no surprise that a society nurtured on these values is afflicted with a steady erosion of community and a corresponding growth in the ranks of alienated and deeply disturbed individuals. The truth of Dostoevski’s axiom that only a few are guilty, all are responsible, isn’t simply denied by Corporate America and the mainstream media. It is literally unthinkable within their echo chamber of values and received ideas.

Rather than placing armed police in every school or establishing a certain-to-be-abused national registry of the mentally ill (though not, of course, a national registry of gun ownership – that would be un-Constitutional!) as suggested by LaPierre, we need to throw a cleansing light on the boar’s nest of paranoia, racism, and apocalyptic fantasies rampant in the gun culture.

This boar’s nest is faithfully nurtured by a shadowy web of far right/Christian right media outlets few of us in the daylight world ever encounter. These are the evangelical TV networks, hate-talk radio shows, websites, and more that feed apocalyptic fantasies. The secular versions of this ceaseless propaganda cite fringe economists prophesizing a hyperinflation sure to trigger the collapse of American society. That collapse, according to this scenario, will send zombie hordes of black people, immigrants, liberals, and assorted other “looters” and “moochers” out into the country to prey upon isolated homesteads, so better stock up on guns, ammo, gold coins, and survivalist gear, all of which just happen to be available from our advertisers.

Similar nonsense is peddled by the right-wing evangelical media, only there, in addition to buying gold and survivalist gear you are urged to purchase special bibles or sign up to make monthly payments to be included in prayer sessions or for other legerdemain that will keep you safe during the coming End Times. In some cases, both the secular and evangelical version of these delusions hold that the collapse of American society has already taken place, we just aren’t hearing about it because the “lamestream media” is in cahoots with Muslim jihadists or the U.N. One World Government crowd or – you name the bad guys in your favorite conspiracy theory.

How widespread are these delusions?  Hard to say. But one thing is certain: however small a percentage of the general population, the folks who cling to these apocalyptic fantasies tend also to be heavily armed – and beyond reason. The recent outburst by wingnut radio talk show host, Alex Jones on the Piers Morgan show is a good example of why we have what we might think of as our very own “settler problem” in the U.S., similar to the one Israel faces in the Occupied Territories. For reasons of both commercial and political expediency, we have allowed to develop in our midst a sizable contingent of armed fanatics, some of whom will resist – violently – any effort to keep military-style weapons out of the hands of civilians.

At the same time, no even semi-organized society is going to continue to tolerate repeated massacres of schoolchildren, movie-goers, shoppers at the local mall, or attendees at synagogues, churches or mosques without taking effective action to protect people simply to appease a tiny minority of extremists.

That means change is coming to the American gun culture. But that also means for some American citizens, the truculent death wish embodied in the slogan “You’ll take my gun from me when you pry my cold, dead fingers from around the barrel” may very well turn out to be a blood-drenched, self-fulfilling prophecy.