Last week, the Illinois legislature passed a law authorizing drivers licenses for undocumented immigrants, which the governor has said he would sign, according to the Chicago Tribune:

“Whatever your position on immigrant issues, what we can all agree on is there are millions and millions of undocumented people in this country living with us, working for us, driving for us,” said state Rep. Edward Acevedo, D-Chicago, who sponsored the measure in the House. 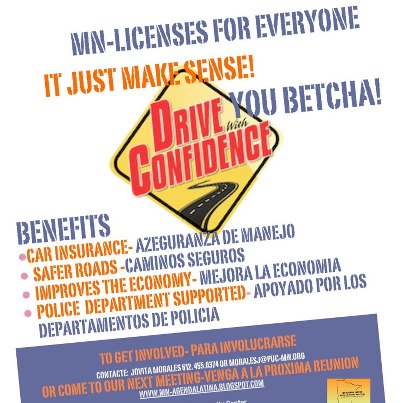