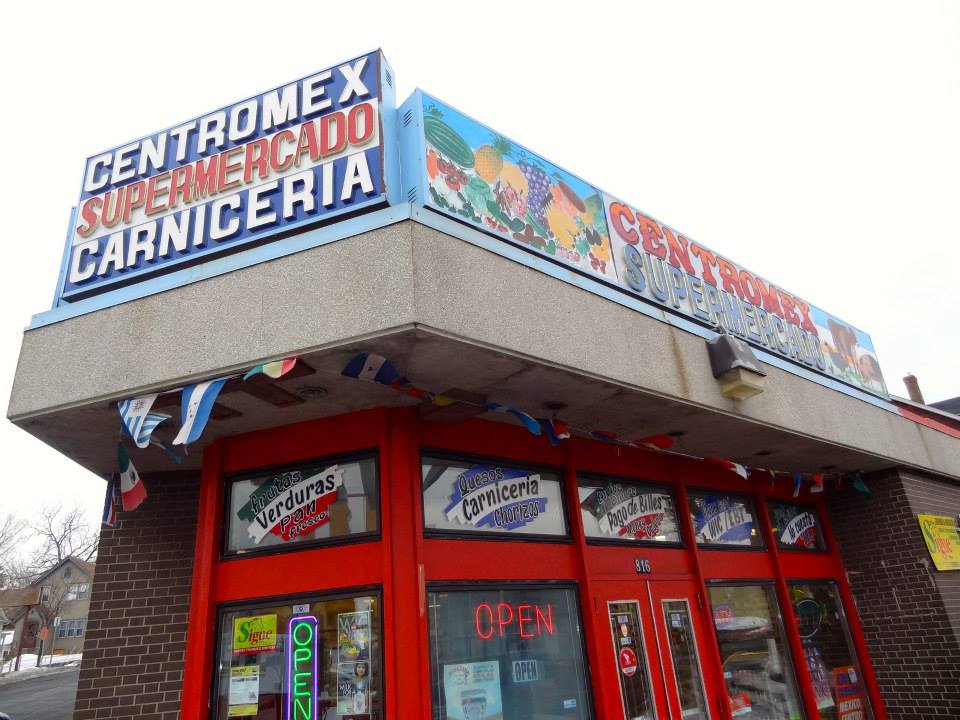 The new owners of the Centromex Supermercado, Rosa and Henry Garnica, told me they were too “shy” for me to take their photograph, so they asked me to photograph the outside of their business instead. They bought the Centromex 6 months ago, and wanted the neighborhood to know that it is under “new management, lighter, and clean” with a wide array of fresh fruits and vegetables.

And what a variety of produce it is! We can no longer say that Dayton’s Bluff is a fresh fruit and vegetable desert with the Centromex offering all it does.

Editor’s note: I saw this Facebook post in the Market on the Bluff page, and asked Diane May for permission to republish it on the Daily Planet. May is an artist from the neighborhood, and also produces Humans of Dayton’s Bluff, described as “Like ‘Humans of New York,’ only more local.”

Then came a vegetable I had never seen before that needed an explanation from Henry so Rosa and I trekked over to the medicine counter. “It’s a chayote,”he said. “A zucchini that you use in soup.” “Oh! O.K.”, from me, and then back to the produce section to look at the fresh corn, radishes, cabbage, and lettuce.

On the tiered shelf above the wall of vegetables I saw both green and red salsa’s and apples. Across the aisle and away from the refrigeration there was fresh pineapple, coconut, bananas, and two different kinds of mangoes. Next to that table of fruits was a very large grouping of dried offerings including chiles, tamarinds, and corn husks. Finishing that side of the aisle was a three-wall unit display of Mexican spices that I can’t even begin to tell you in this space what it all contained. I did make a mental note that there was a large bag of dried bay leaves I will probably pick up in the future- and pumpkin seeds.

Henry wanted me to mention that they sell fresh meat such as chicken, pork, and tilapia. He also mentioned they increased the dairy and cheese offerings when they took over the store 6 months ago.

In the future, Henry would like to add a cafe in the back of the store. It’s not that large of a space, but a few cafe tables would fit very nicely in the area he gestured toward. I believe the kitchen and meat counter are a nice size to prep for food, so I could easily envision his future goal.

Plus, Rosa and Henry are committed people; they shared with me that have been married for 25 years.