Saturday, September 17 was a day to experience the culture of our ancestors who lived along the Mississippi River, held at the Kroening Interpretive Center in North Mississippi Regional Park. The event included something for all ages. Children made corn husk dolls, did chalk drawing on the sidewalk, walked on stilts and made a boat and launched it down the Mississippi River. There was also an opportunity to make sweet apple cider and pop corn over a fire.

Adults could experience cutting a log with a cross cut saw and splitting a wood shingle from a log. Two Percheron horses named Jake and Jack pulled a wagon, giving rides around the park. At right, Olivia & Anita Busky give Jack and Jake some petting. There were also crafts, exhibits and wandering musicians.

The event concluded with the group Minnesota Community Sings leading a sing-along and telling the history of community sings held in many Minneapolis parks, including several in North Minneapolis. In the 1920s there was a competition as to which park could get the largest attendance. Powderhorn Park in South Minneapolis won with an attendance of 2,500 at a community sing in 1922. One of the earliest sings was at Logan Park in Northeast, to which several people from St. Paul came to observe. When they saw that there were 6,000 attending they were jealous. 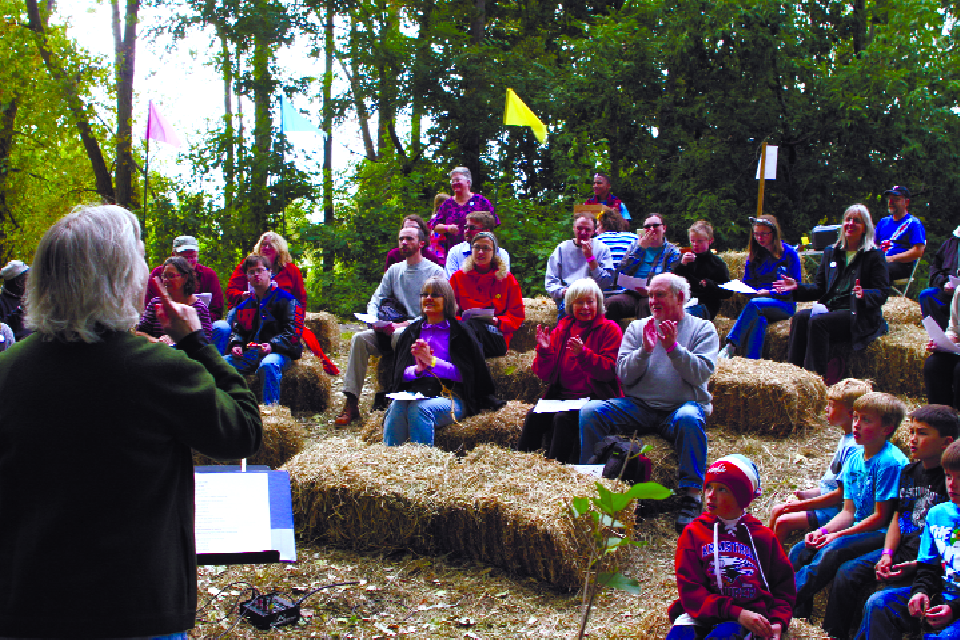 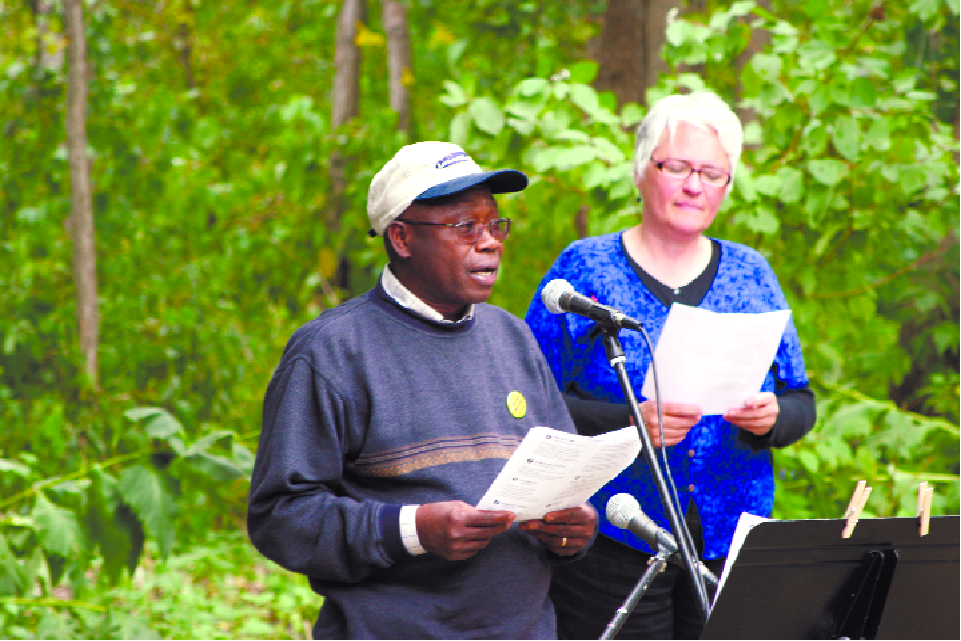 Heritage Day is a collaboration between Three Rivers Park District and the Lind-Bohanon Neighborhood Association. 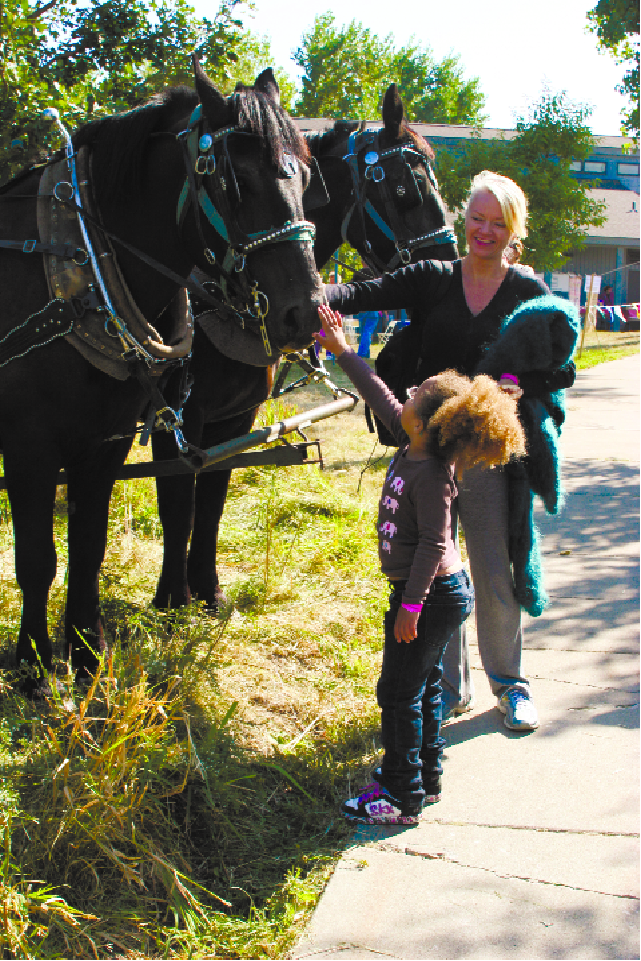