Hmong soldiers are renowned for bravery, valor and military tactical prowess. That is especially true of the Special Guerrilla Unit (SGU) veterans who fought under the late Major General Vang Pao during the Secret War in Laos serving American interests as wll as Hmong self-determination for freedom. Today’s generation of Hmong-American service members carry on that legacy in all branches of the U.S. military also. 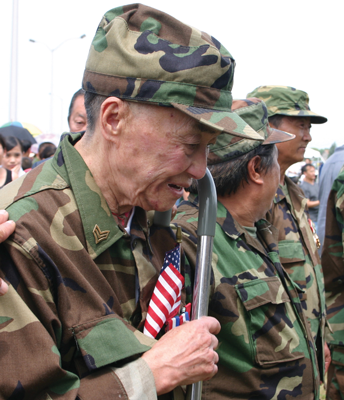 Despite great sacrifices and great courage under fire, the war was lost and the Hmong of Laos were forced into exile as refugees around the world with the majority in the United States. Since landing on these shores, SGU veterans have lobbied tirelessly for official U.S. recognition of their service and sacrifice. That finally came in the late 1990s with the unprecedented easing of the naturalization process and a small plaque at Arlington National Cemetery to commemorate Hmong military service to America. However, these war heroes, the Hmong’s “Greatest Generation,” and America’s most loyal allies deserve so much more, U.S. veteran benefits. Former American military advisors and many distinguished congressional members across the country have not disputed that.

To show their appreciation and recognition, of the SGUs great service to America, they have sponsored numerous bills to grant Hmong-American SGU members veteran status. Unfortunately, despite sincere efforts, all these measures have been defeated one after another. Now, after nearly 40 years of tireless advocacy, veteran status seems more elusive than ever as the surviving SGU members limp into their twilight years. Alaska Senator Lisa Murkowski’s latest bid to grant the remaining 6,000 SGU veterans, who are now in their 60s and 70s, at least burial rights at national cemeteries offer a glimmer of hope. Hope is a wonderful thing, but the hard lessons of the last 4 decades taught us that Senator Murkowski’s bill may likely suffer the same fate as their noble predecessors. However, the Hmong are known as tireless fighters and the legislative fight for what SGU Veterans have earned will go on, perhaps even to the last man.

As the SGU Veterans march into the sunset dismayed but ever hopeful, a new generation of Hmong-American warriors and veterans are emerging to salute and honor them. Staff Sergeant Michael Moua, Sergeant Lee Vue, and former Sergeants Canon Yang and Lang Vang of the Minnesota Army National Guard and the Marine Corps respectively are doing just that and more. They have chartered the first American Legion post, Allied Veterans of America Post 1975, to serve Hmong-American service members and veterans as well as honor SGU veterans for their world changing service and sacrifice. 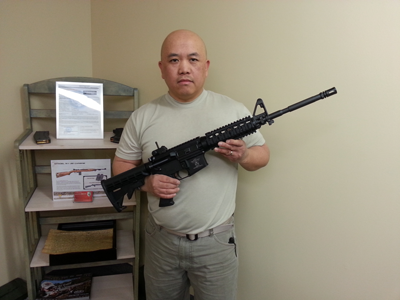 The American Legion is a congressionally chartered 501(c) 19 non-partisan, not-for-profit veterans service organization whose members include the newest privates and generals, business and civic leaders, distinguished members of congress, and even former Presidents of the United States. According to its national office, “the American Legion is the nation’s largest wartime veterans service organization, committed to mentoring youth and sponsorship of wholesome programs in our communities, advocating patriotism and honor, promoting strong national security, and continued devotion to our fellow service members and veterans. The American Legion wields great political influence perpetuated by its grass-roots involvement in the legislation process from local districts to Capitol Hill. Legionnaires’ sense of obligation to community, state and nation drives an honest advocacy for veterans in Washington. The Legion stands behind the issues most important to the nation’s veterans community, backed by resolutions passed by volunteer leadership.”

What is the mission of Allied Veterans of America Post 1975? According to founding member and outgoing Post Commander, Michael Moua, Post 1975’s mission is similar to any other post with a special emphasis on honoring and preserving Hmong-American military history since a majority of the founding members are of Hmong descent. As such, Allied Veterans of America Post 1975 have partnered with SGU Veterans and Families of USA, Incorporated, the premier SGU organization established by the late Major General Vang Pao, in St. Paul, MN to tackle the mission of honoring Hmong-American military service and history spanning both generations.

The leadership teams of both organizations have committed themselves establishing a joint American Legion Hall and SGU Veterans Service center within three years in the Twin Cities. The new veteran service center will offer traditional American Legion support programs for U.S. service members and veterans as well as house a long overdue Hmong Military Museum. According Michael Moua, Lee Pao Xiong, the director of the Hmong Center at Concordia University, is also very interested in seeing the project succeed. A welcomed partner, since the Hmong Center houses the greatest collection of declassified war time documents. Currently, Allied Veterans of America Post 1975 is headquartered at Michael Moua’s firearm manufacturing company in Gem Lake, MN sandwiched between Maplewood and Whitebear Lake. 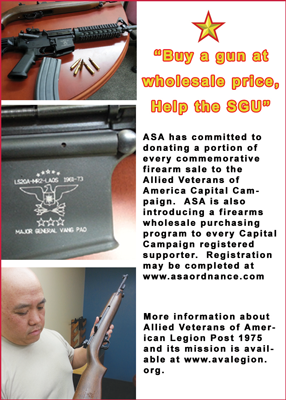 What will distinguish this new Legion Hall from every other American Legion post in the country is the offering of veteran-like services to the aging SGU veteran population in Minnesota through a licensed senior care program. This program will provide SGU veterans their long coveted “veteran services” such as one-stop-shop health care, senior recreational programs, and eventually military themed senior residential care services. There will be minimal out-of-pocket cost to SGU clients, since every SGU veteran now qualifies for post-retirement services through traditional federal and state programs such as Medicare.

As an Army medical non-comissioned officer and an allied health management professional, Post Commander Michael Moua envisions hiring qualified U.S. veterans and reserve component service members to provide these valued services to their esteemed predecessors who may very well be their family friends, parents and grandparents. Income generated from these services will be reinvested in the joint veteran service center. “It is really a labor of love,” beams Michael Moua. “Our parents and grandparents gave their all to America and even though America will not grant them ‘Veteran Services,’ we will.”

The vision is noble and admirable, but it can only be realized if the community comes together to support this valiant effort as Allied Veterans of America Post 1975 launches their three year capital campaign to raise $2 million to acquire the idyllic North St. Paul Transitional Care Facility. The ambitious capital campaign will be launched at the annual Hmong Freedom Festival at Como Park July 6th and 7th 2013 with a military firearms raffle. Raffle tickets will be sold at the SGU/Allied Veterans of America Post 1975 tent in the community services vendor area. Tickets are $10 each or 3 tickets for $25. First prize is a Walther Heckler and Koch MP5 A5 .22 caliber rifle with faux silencer, second prize is an engraved Major General Vang Pao commemorative M1 Carbine .22 caliber rifle, and third prize is a 1911 .45ACP GI model pistol. The drawing will be conducted on July 7, 2013 at 6 PM at the event grand stand. All firearms prizes were donated by American Services Armory (ASA), the first Hmong-American firearms manufacturing company. 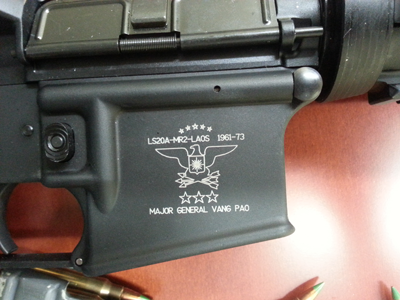 The capital campaign will continue with promotion of two historic commemorative firearms, the Major General Vang Pao M1 Carbine .30 caliber rifle and the M4 Carbine to honor the service and sacrifice of SGU and U.S. Hmong-American veterans respectively. Each firearm will be produced and sold by ASA at www.asaordnance.com. ASA has also committed to donating a portion of every non-commemorative firearm sale to the Allied Veterans of America Capital Campaign. ASA is also introducing a firearms wholesale purchasing program to every Capital Campaign registered supporter. Registration may be completed at www.asaordnance.com. Registered supporters may purchase all ASA featured firearms at whole plus shipping and handling.

However, the capital campaign is not limited to firearms. Choice Wireless, the largest Minnesota Sprint Wireless reseller, has also sponsored Allied Veterans of America Post 1975. Every customer referred by SGU/AVA who signs up with Choice Wireless Sprint will net the capital campaign $50. The entire community is encouraged to sign-up for Sprint wireless service to help realize the dream. “We are always looking for new partners and sponsors in the Hmong and mainstream community,” Michael Moua stressed.

Although, Michael Moua will be deploying to Afghanistan shortly after the launch of the capital campaign, Allied Veterans of America Post 1975 is left in just as capable hands with Canon Yang, Lang Vang and Vue Lee. Each soldier and veteran is committed to completing this mission so that every service member and veteran in the Hmong-American community has the support system they so richly deserve whether they served in the deserts of the Middle East or the jungles of Laos.

More information about Allied Veterans of American Legion Post 1975 and its mission is available at www.avalegion.org. Please direct questions about the Veteran Center Capital Campaign and the SGU partnership to avalegionpost1975@gmail.com.