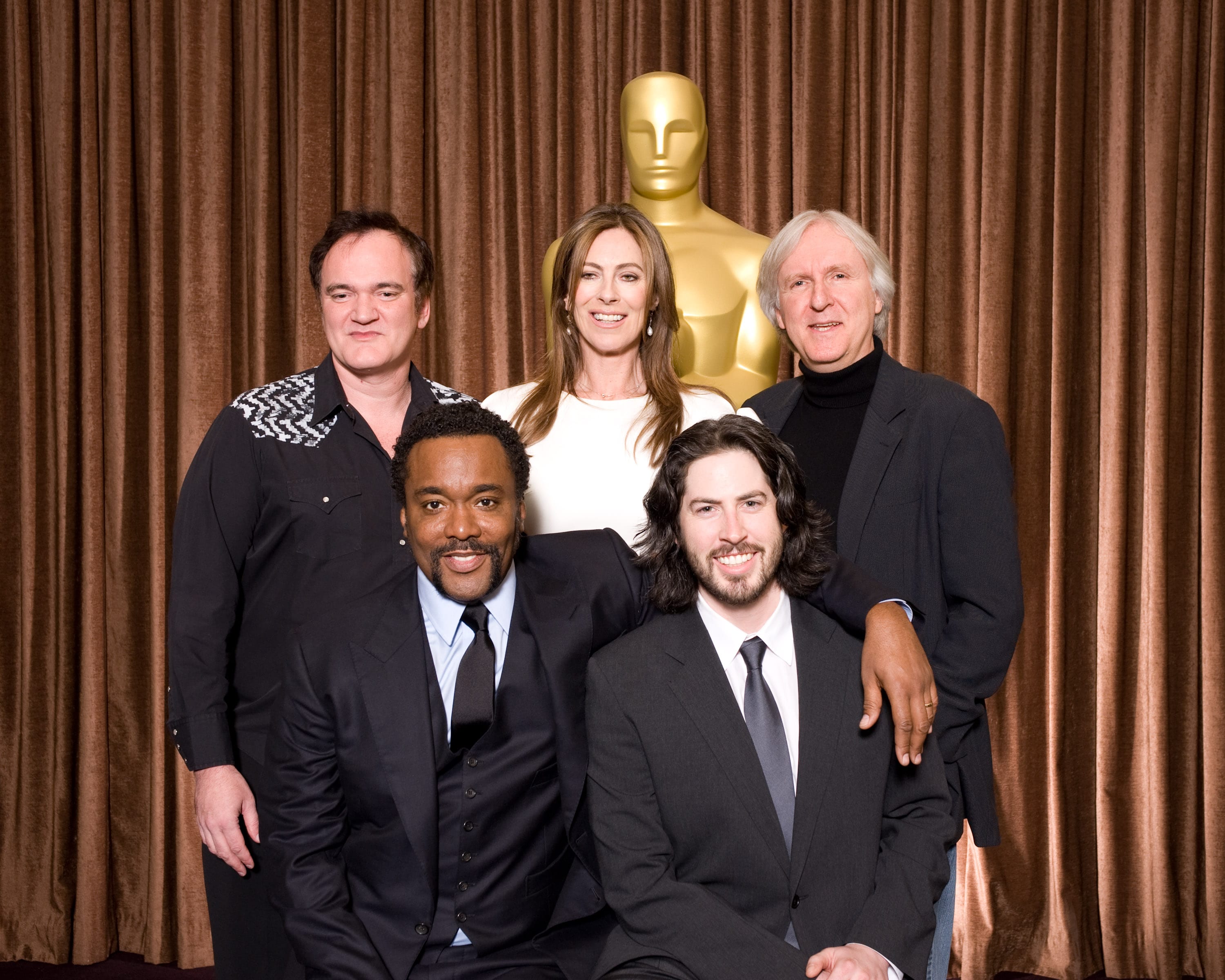 BEVERLY HILLS, CALIFORNIA—This year’s Oscar contenders gathered on Monday at the Beverly Hills Hilton for a graduation of sorts. The Academy of Motion Pictures Arts and Sciences awarded all of the nominees with a free lunch, a class photo, and a certificate of nomination. Held three weeks before the Academy Awards, the Nominees Luncheon acknowledges that it is, indeed, an honor to be nominated.

The most touching moment was when Best Director nominee Lee Daniels got tears in his eyes, and in a choked-up voice, said his nomination is very emotional for him.

“I never thought [Precious] would get past a DVD,” he said. “That I am here at this place, at this time, is a surreal gift…not just for me, but for the Preciouses of the world because I think people now will take a look at her and that was the purpose of the film.”

Daniels is only the second African-American director to be nominated for an Oscar. “I think it gives hope to so many,” he said. “I didn’t think it was a big deal…and then I got thousands of e-mails from young, not just African-American filmmakers, but gay filmmakers, Chinese filmmakers, that there’s a chance that the Academy is wise. It really is monumental. I’m over the moon about this.”

Daniels said coming to the Nominees Luncheon was an out-of-body experience. “It’s like I don’t belong here, but I’m relaxed now.”

Gabourey Sidibe, the star of Precious, said incest victims have confided in her and she gets e-mails from survivors. “Sometimes I am the first person they talked to about it,” she said.

Sandra Bullock modeled her Vivian Westwood suit as she spoke. “A cleaned-up version of myself compared to how I woke up this morning.”

When asked if she was worthy of her Oscar nomination for The Blind Side, Bullock grew more serious. “I know I work really hard. Just because I work hard doesn’t mean the elements come together to make a good performance or to make a good film,” she said. “So when that happens and all those elements do come together, I am always amazed and it’s always unexpected to me because I expect to fail, so that is why I work even harder. Does anyone expect a nomination? I certainly didn’t.”

The current state of the country was discussed by a few of the nominees. When an Army Reserve officer asked Woody Harrelson if his role in the movie The Messenger changed his impression of the military, Harrelson made a political point.

“The former administration of this country would have you associate the warriors with the war and want you to lump it all together so they say support the troops, and they mean support our war,” he said. “And so I think I always kind of lumped it all together and it wasn’t until I had the opportunity, through shooting The Messenger, to spend a lot of time with people in the Army, that I started to realize how amazing these people are…I have a high regard and a lot of respect for them, but as much as I have come to love the warrior I still loathe the war.”

Harrelson said he would have jitters if he thought he was going to win the Oscar. “I’m certain I won’t. Somebody will have an accent when they accept that win, and not a Southern one. I treat March 7 as I should: as a good party.”

Director Kathryn Bigelow said her film The Hurt Locker touched a nerve with audiences. “The film tends to put a magnifying lens on a very, very difficult situation and the conflict in Iraq and of course Afghanistan, especially now,” she said. “The film continues to be timely so I think the political situation has really put the spotlight on this particular film. It’s offered a glimpse into a conflict that’s otherwise very abstract.”

Bigelow directed Best Actor nominee Jeremy Renner in the film. He said his view and respect toward the military has grown since being in The Hurt Locker. “When we wrapped the movie, it was a victory for us,” he said.

A screening of The Hurt Locker in Washington D.C. for Explosive Ordnance Disposal Unit soldiers and their families was very powerful for him. “People’s lives are affected by watching the film. It’s an amazing gift to meet the families. They kind of got an idea of what dad did in the EOD and that forever changed me.”

When asked what scene from The Hurt Locker he would like to see played on Oscar night, Renner felt the scene with the suicide bomber “was pretty horrendous and captured the tension of the movie.” Renner said he plans on doing a USO tour to Iraq and Afghanistan in September.

Best Actor nominee Jeff Bridges said down-on-his luck “Bad Blake” in Crazy Heart, the character whose portrayal has netted Bridges a nomination for Best Actor, is a likeable person. “[Bad Blake] doesn’t mean to be a bad guy. I think he’s irresponsible, certainly. That’s just the path he’s taken,” Bridges said. “You follow the script on something like that. You tell the story that you’re given.”

This is Bridges’s fifth nomination, his second in the Best Actor category. He said the event’s gala theme was a surprise to him. “I thought the Nominees Luncheon was going to be a small table with a bunch of guys. But every time I go down that red carpet it gets more and more crazy. I’m not prepared for any of it, really.”

Bridges said his next project, True Grit, starts next month with the Cohen brothers.

Collin Firth said his nomination in the Actor category for A Single Man has him surprised. “You never get used to it,” he said. “I am completely new to this. I am in a daze. I will be in a daze Oscar night. People pay you a lot of money to be in a daze.”

Inglourious Basterds Best Supporting Actor nominee Christoph Waltz said working with director Quentin Tarantino was a highlight. “Quentin doesn’t write scripts, but writes dramatic poetry from which he makes a movie.” Waltz said his nomination isn’t about winning. “It’s not a competition like a sporting event. We do this together. It’s a beautiful camaraderie. It’s lovely to see these people turn into friends.”

Best actress nominee Carey Mulligan (The Education) said she has “dream dresses in her head” picked out for Oscar night. She said she wasn’t overwhelmed or stressed about being nominated, but felt it was amazing and an opportunity for networking. She said she “bumped asses with Quentin Tarantino, and that was somewhat unreal.” Mulligan said she’s been following Best Director nominee Kathryn Bigelow around. She’s exchanged numbers with fellow nominee Gabourey Sidibe. “We text each other about what to wear,” she said.

Final ballots for the 82nd Academy Awards were mailed February 10th to the 5,777 voting members of the Academy.

Completed ballots must be returned by March 2. Listed on the ballots are nominees in 19 award categories. Following the tabulation of the votes, the winners’ names will be placed in sealed envelopes to be opened on Oscar night.

Academy Awards for outstanding film achievements of 2009 will be presented on Sunday, March 7, 2010, at the Kodak Theatre at Hollywood and Highland Center, a ceremony televised live on ABC.