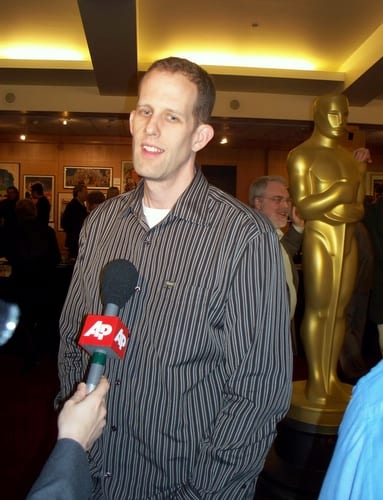 BEVERLY HILLS, CALIFORNIA—Silence can be golden. Based on audience reaction at Thursday’s Animated Feature Symposium at the Samuel Goldwyn Theater featuring the five Oscar-nominated films, Coraline would win the statue. After viewing a clip from the movie, loud applause was heard.

Then, an excerpt from Bloomington native Pete Docter’s nominated film Up.  The clip shown by the Academy was what USA Today calls “the most eloquent wordless montage ever put to film.” Not a sound was heard from the audience. Tissues were coming out of pockets.

Up co-director Bob Peterson and Docter had worked on a character who was a “grumpy old man” for a long time, he said. Docter based some of Up’s 78-year-old Carl Fredricksen’s features on his grandfather. “My grandfather was like that,” Docter said. “He had that same shock of grey hair.” Peterson helped Docter put Up‘s story together, but then Docter took over.

Docter said working with Up‘s 3D format was nothing special for him. “[Up] took five years to make. The first three years, 3D was not even looked at. I didn’t want anything in this film that couldn’t be done in 2D.” Docter said he wanted to use 3D emotionally.

The best part of directing for Docter was…well, all of it, he said. “But in the beginning I was full of angst and trying to come up with a story and—my wife knows—I didn’t sleep.”

Docter said he goes to see his movies on opening weekend. “I go to tons of theaters and I watch the audience. We’ll have a joke that took three years to make and I’ll be waiting for the laughter. I watch for the audience reactions, why didn’t they get that line? So it helps improve my work.”

Docter was at ease talking with the press and seemed to enjoy every minute of his reception sponsored by the Academy of Motion Picture Arts and Sciences.

All five of the Oscar-nominated Animated Feature directors attended the reception. The films are:

The Princess and the Frog (John Musker and Ron Clements)

The Secret of Kells (Tomm Moore) 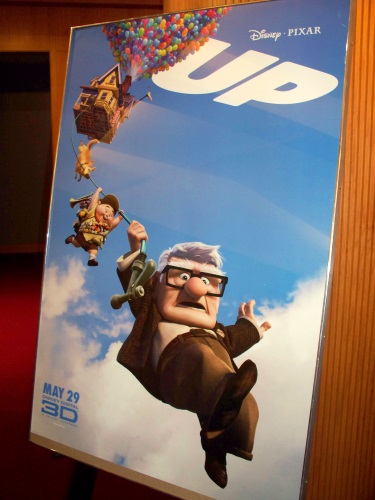 (Above) The Up poster on display in the lobby of the Samuel Goldwyn Theater, Beverly Hills. 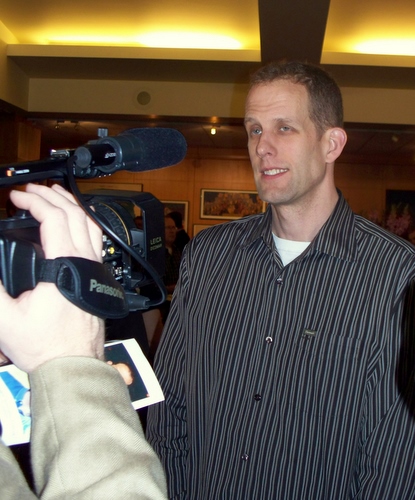 Oscar nominee Pete Docter enjoyed meeting the press at the Animated Feature Symposium and reception at the Samuel Goldwyn Theater. 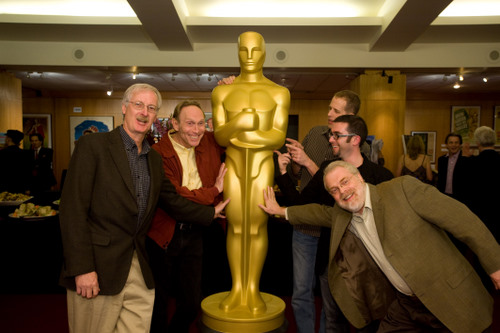 (Above) The Academy of Motion Picture Arts and Sciences screened clips of all 5 of the Oscar nominated animated feature films as part of its “Animated Feature Symposium” event on Thursday, March 4, 2010 at the Samuel Goldwyn Theater in Beverly Hills. Pictured here prior to the screenings: Filmmakers: John Musker, The Princess and the Frog, Henry Selick, Coraline, Pete Docter, Up, Tomm Moore, The Secret of Kells, and Ron Clements, The Princess and the Frog. © A.M.P.A.S.