Raising Minnesota’s minimum wage to $9.50 an hour would mean a raise for 360,000 working Minnesotans and would mean significant gains in purchasing power for women and people of color, according to a soon-to-be released Jobs Now Coalition report. This analysis (in collaboration with the Economic Policy Institute in Washington D.C.) looks at the number of Minnesota workers whose wages are below $9.50 as well as those slightly above this mark who would likely see a raise due to what economists call the “spillover effect,” as employers adjust pay scales upward. 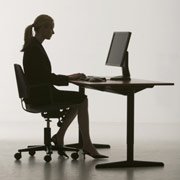 Although the number of women employed in Minnesota is about 150,000 fewer than men, a greater number of women are working low-wage jobs. As a result, the majority of the 360,000 workers who would benefit from a $9.50 an hour Minnesota minimum wage, 57 percent (202,133 workers), are women.

A stronger minimum wage policy would boost purchasing power among Minnesota women by nearly $256 million annually. This would come at a time when wages overall have been stagnant, with median household income declining since 2000 by $5,400 in constant 2011 dollars. The minimum wage itself has been losing purchasing power since the late 1960s, falling to $7.25, when it should be more than $10 adjusted for inflation.

Empowering women is a key tool in helping eradicate poverty and closing the equity gap that hampers educational opportunities for Minnesota’s young people. At last count, more than half of the state’s working mothers were their families’ primary bread winners, according to the University of Minnesota’s Center on Women and Public Policy at the Humphrey School. Its February 2012 report on the status of women and girls in Minnesota further found that “68 percent of female-headed households in rental housing … are paying costs that exceed 30% of their income.”

This has a profound impact on Minnesota children. As of 2011, nearly 260,00 children (20%) were living with parents who were considered working poor, according to the Annie E. Casey Foundation’s Kids Count data center. About 137,000 Minnesota children would benefit if the state raised the minimum wage to $9.50 an hour.

Children from families with sufficient financial resources are far more likely than children from economically disadvantaged families to start kindergarten ready to succeed and to flourish in school and later in life, according to research cited by Children’s Defense Fund of Minnesota. An additional $1,000 of average annual family income throughout early childhood can result in higher reading and math scores for children in low-income families.

A minimum wage bump to $9.50 also would begin helping Minnesota address the growing disparity in wealth among white Minnesotans and people of color. While the statewide poverty rate is 12 percent, it’s 28 percent for people of color, and 37 percent for African Americans, according to data compiled by St. Paul-based Wilder Research.

As Minnesotans of color seek to build more wealth in their communities, a $9.50 minimum wage offers one important tool. Raising the wage will bring these working families one step closer to making a better living.

The minimum wage increase would boost wealth by $31 million for Minnesota’s black community and by $43 million for the Hispanic community, according to the upcoming report.

The report also shows that workers across the demographic spectrum, including the majority population, would benefit from a $9.50 an hour minimum wage and that annual consumer spending power in Minnesota would increase by $470 million, giving a much-needed boost to sales at local businesses.

The Minnesota Legislature is expected to take up the $9.50 an hour minimum wage bill in the first weeks of the 2014 legislative session.