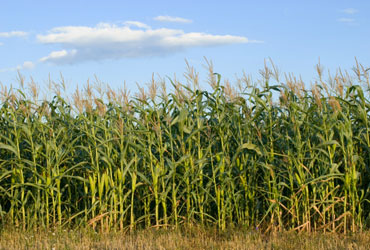 In public policy debates about jobs, the economy and the debt, people living outside rural areas tend to forget one of Minnesota’s ongoing strengths is its agricultural economy. Minnesota farmers and food processors, along with their counterparts in other parts of the country, feed the world.

However, price instability and world food shortages could come with continued cutbacks in agriculture research and food aid, here and abroad, warns Jim Ruen, a veteran agriculture observer and writer for AgProfessional magazine and technical publications.

In baseball, we would call this taking our eyes off the ball. In agriculture, this is more commonly known as “eating our seeds.”

Budget cutting for food aid is inhumane given increased demand at home for U.S. food assistance and with a serious food crisis in Somali.

At the same time, farm income in Minnesota and other major food producing states is forecast to be strong again this year despite weather-caused crop losses forecasted for this year’s harvest, which will keep farm commodity prices high. And rising global demand appears to form a solid foundation for Minnesota’s huge farm and food industry.

In the report “What’s Driving Food Prices in 2011?” completed for the Farm Foundation, economists Wallace Tyner, Philip Abbott and Christopher Hurt talk about land availability and shifting crop production practices to keep up with corn and soybean demand.

That’s the baseline from which Minnesota, U.S. and global agriculture starts. Where we go from here is where investment in research becomes the essential infrastructure for the future, as slight shifts and better crop planning will no longer be enough.

Ruen notes that the Council on Agriculture, Science and Technology (CAST) cites projections of global population increases of 30 percent and a nearly doubling of per capita income by 2050. This will strain land and water resources for agriculture even before climate change and greater weather variability is factored.

Closer to home, a just-issued research report from global research group Battelle, based at Columbus, Ohio, is warning that American leadership in economic growth and job creation in the North Central states from our agriculture and agbioscience industries is now threatened by lack of research investment.

That study, entitled “Power and Promise: Agbioscience in the North Central United States,” found that research at land grant universities in Minnesota, Wisconsin, Iowa, Illinois, Indiana, Kansas, Michigan, Missouri, North Dakota, Nebraska, Ohio and South Dakota has fallen by nearly 5 percent below the national average since 2004. And expenditures for agbioscience research at these 12 key land grant universities are about 3 percent below that of the national average since 2000.

The region is also home to 800,000 farms and 88,000 food and ag industry companies that employ 2.4 million people who are paid $2,600 more per job annually than the average for private sector employment in the region.

Off the farm, the food and ag sectors provide more than one-fifth of all Minnesota jobs, and thousands of companies up and down the food chain. The state is home to 17 companies in these sectors that generate more than $1 billion a year in sales revenue.

This is a vital interrelated group of industry sectors that have been holding Minnesota’s economy afloat in recent years, and its productivity gains touch the lives of all people everywhere. The world desperately needs Minnesota and American food and agriculture achievements.

This is a threat to humanity, and to Minnesota’s economy.