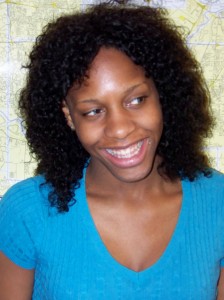 Imagine being stared at and harassed every day of your life. Imagine being routinely physically assaulted at work, even if you’re homeless and possibly even HIV-positive.  If you were Chrishaun (CeCe) McDonald, this would be your daily existence.

McDonald is a 23-year-old African American transgender woman who, like me, grew up on the South Side of Chicago. She attended Percy L. Julian High School, and while she was open and out about her sexual orientation, she only told a few close friends about her gender identity. Before long McDonald had to leave high school, overwhelmed by the constant fighting and eventually forced to leave home. At 17 she was invited by a friend to visit Minneapolis, and she has remained here since that time.

According to a recent report by the National Black Justice Coalition, “Injustice at Every Turn: A Look at Black Respondents in the National Transgender Discrimination Survey,” a whopping 34 percent of Black transgender men and women live in poverty, reporting a household income of $10,000 per year. Black transgender people are affected by HIV in devastating numbers: Over one-fifth of Black respondents were HIV-positive (20.23 percent), and an additional 10 percent reported that they did not know their status.

Earlier this year, on June 5, Chrishaun McDonald became another of the statistics mentioned above in an altercation outside the Schooner Tavern on Lake Street near Rainbow Foods where she and her friends were headed. McDonald was verbally assaulted with racial slurs, sexual harassment, and trans-phobic and sexist attacks. She was hit in the face with a glass beer mug, and a larger scuffle ensued.

One of her attackers ended up dead. McDonald was taken to jail, where she was placed in solitary confinement. She has been charged with second-degree murder; the prosecutor added another murder charge after she refused to take a plea deal to the first charge.

McDonald maintains her innocence and notes that she and her friends had been put in danger. “They were the ones who attacked us,” she said. “It was evil what they called us.”

I (AJ) contacted McDonald (CM) to ask a few questions that I thought might give us insight beyond the stereotypes frequently placed upon young transgender people of color. At the timing of this interview, she was home on bail with an electronic monitoring system after community fundraising efforts and a significant contribution from an anonymous donor raised enough resources for her release.

McDonald is a bright, vivacious spirit. You can feel her smile, her determination, her resilience and compassion for social justice pouring through phone.

AJ: So tell me what you were doing prior to this tragic drama that you now find yourself dealing with?

CM: I was a student at MCTC studying Apparel Technology and seeking employment.

AJ: Apparel Technology — what is that?

CM:  It’s really just fashion design. I want to create my own fashion line and travel to different parts of the world and work with other designers.

AJ: How is your relationship with your family now?

CM:  I am very close to my mother; I talk to her as much as possible. Since this incident we talk more, and she shares things with me and I share things with her. And we just talk as mother and, now, daughter [she laughs], but also like friends. We talk about our boyfriends.

AJ:  I heard you’re a writer, too. What do you like to write about?

CM: Some people, most people, are somewhat okay with being gay, but being trans is the most misunderstood of the LGBT acronym. It’s like those two kids in the South who were murdered for being trans. I write about racism and transphobia, and how it affects us all. There are so many struggles that trans people have to overcome, even within the trans community, like passing — some transgender girls don’t respect if you don’t pass. You should go to my blog.

[I checked out CeCe’s blog at http://supportcece.word press.com, and here is a little bit of what she had to say: “Sometimes I wish people would use their minds, and actually think of what results can come from what they say to another person, before they let the words leave their mouth. I don’t understand how, or why, my sexuality is such a threat to someone. I never asked for this, but I’m not going to be ashamed of who I am, not only because I have strived so hard to get self-understanding and acceptance, but also because it isn’t in my nature to be ashamed of who I am, even when I was forced by others to believe that I am or should be. From many people I was told to hold my head high, and to do me, regardless of what anyone says or think. And me being able to accept who I am, I’m going to do just that, with no feelings of worry or shame.”]

AJ: So I know that you’re glad to be home. What are you doing? Are you working on anything?

CM: Yes, I am designing a line of clothes for a fashion and art opening in January. The art will be inspired by the clothes that I create. I’m partnering with a fabulous artist and my BFF, Billy Navarro. He has been supporting me ever since all of this drama began.

AJ: That sounds really exciting. I can’t wait to see your work. Thank you, CeCe for sharing yourself with me and everyone who will read this story. Thank you for your strength and voice; telling your story will mean so much to so many people. Good luck to you with everything you’re going through and know that there are many people out here supporting you.

CM: Thank you, and thank you to everyone that has been there for me through all of this.

But federal protections alone aren’t going to create safer, fairer, more equitable situations for transgender people. It’ll only come from more awareness, more understanding and more acceptance that transgender people have been, are and always will be a part of our communities. In some cultures throughout world, transgender people are considered unique individuals with very special roles as caregivers, shamans and medicine women and men.

We all need to be aware of the intersections of oppression, racism, classism, patriarchy and all other phobias. There are connections to every struggle for equality, justice and fairness all over the world.

Andrea Jenkins is a writer, poet and playwright who has made a personal commitment to shine a light on this issue. Through the support of the Bush Foundation and the Bush Fellowship, she is developing an arts-based leadership development curriculum for transgender youth of color and writing a full-length play inspired by the report mentioned at the beginning of this article.