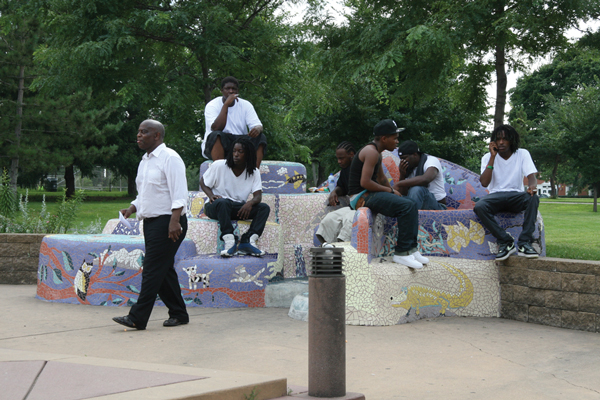 Imagine a public art project that cost hundreds of thousands of dollars and is promptly neglected—no, make that abandoned—by the very community that commissioned the work in the first place!. That’s the legacy of Touchstone Plaza, located on the southwest corner of Chicago Avenue and East Franklin Avenue in Peavey Park. I never knew there was a plaque with a fabulous poem and community challenge called “Thrones” by Louis Alemayahu. Over the years, I’ve heard friends declare the mosaics to be hideous and a blight to the neighborhood. Some even wanting it moved or bulldozed into oblivion—all 88,000 pounds of concrete that makes up the mosaic-tiled “Thrones.” 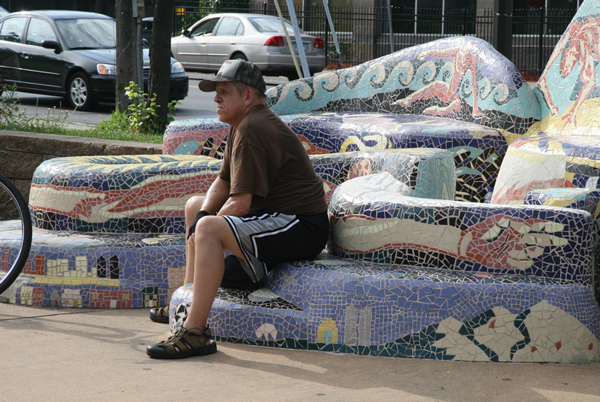 A group of Ventura Village volunteers led by residents Jim Cook, Dee Henry Williams and me showed up recently with a public address system and a hand-held microphone and offered it to anybody who’d speak or sing. No advertising or public notice, just the three of us and some sound equipment on a 97 degree day. In the next two hours, this abandoned corner that earned Peavey Park the distinction of being the most crime-ridden park in Minnesota came alive to the cadence of voices—mostly African American who talked their sorrows and joys, their salvations and challenges for anybody to listen.

Jim Cook heads up Ventura Village’s Citizen Engagement Committee and has taken seriously the notion that we must step out of the box and find new and creative ways to get all of our “occupants” involved. This night featured some who’ve been “lost”, some who were “saved” and a few in-between. 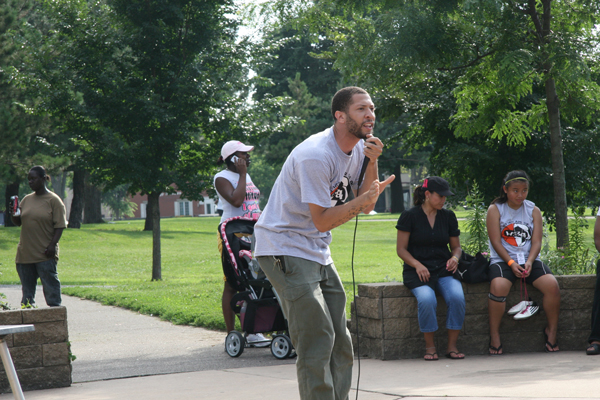 This day is one manifestation of the dream that the artist Rafala Green, poet Alemayahu, and countless others shared when this gigantic mosaic sculpture was completed and presented to Phillips. More than a decade and a half later this can be a place in which we begin to imagine a new “Speaker’s Corner” just like Hyde Park in London or perhaps Faneuil Hall in Boston. A destination is being called Amen Corner and should be designed for presenting and listening to community voices, poetry slams or emerging musicians sporting a guitar, drum or flute to share. Maybe much more! 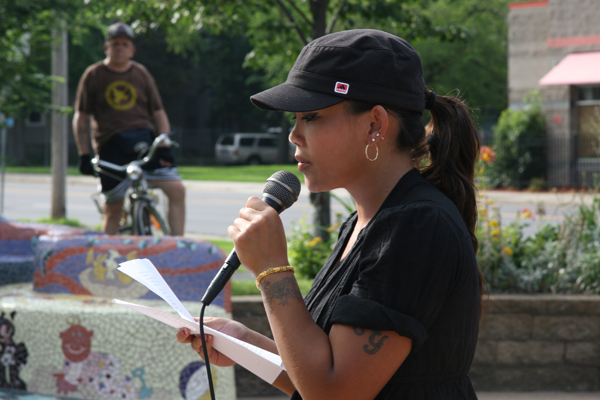 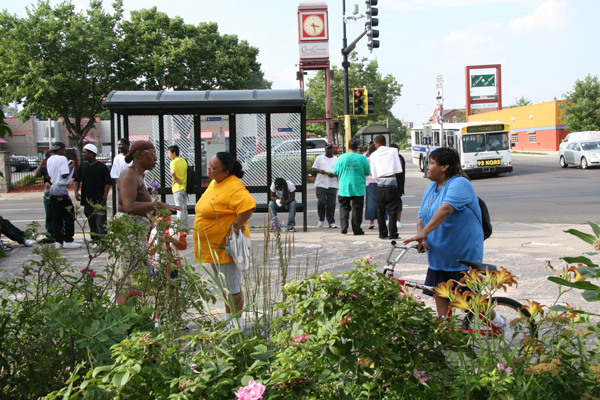 Third Precinct Commander Lucy Gerold of the Minneapolis Police invited the public to share with her officers and security officials assigned to hospitals and institutions in this vicinity a plan to remove this corner as the top spot for crime in South Minneapolis. She and we residents all recognize that the police alone cannot hold this location if the community itself abandons it to those lost in drugs and violence. As VJ Smith, of MadDads, said so eloquently about those occupying the thrones almost daily: “These are our babies, our children, and we have to embrace them and teach them a new way of living.”

The thrones will be theirs on which to sit as they see fit until we restore their use as sacred speaking and listening space. This day demonstrates that there is a deep hunger for a public space where only a microphone, loudspeaker and a group of people willing to share and listen to others—be it poetry, hip hop, gospel, storytelling or simply tears—come together. Peace Bewitches!