At first glance it may seem that Take Action Minnesota’s efforts to encourage companies, particularly the Target Corporation, to hire ex-felons is misdirected. After all, some may think that those who have committed crimes have forfeited their right to future employment.

“If you don’t see an end to punishment, you don’t have no hope,” said Frank Brown, one of the lead organizers for Take Action and their Justice for All campaign, which seeks to get employers to consider ex-felons on their merit and not on their past. The Black community is disproportionately affected by this issue because Blacks are disproportionately represented in the prison system. 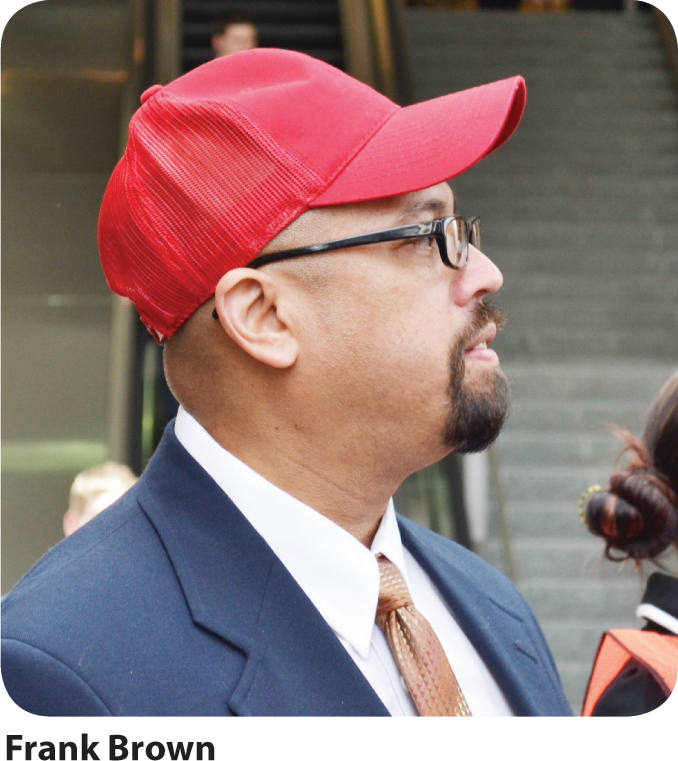 But Take Action is on the right track. There has long existed in this country the idea that everyone deserves a second chance. In fact, the country was founded by people looking for a second chance, a new beginning. Its Judeo-Christian foundation has always encouraged, or at least given lip service to, the importance of redemption. Thus, much of the more enlightened penal philosophy that came out of the 1960s and ’70s encouraged rehabilitation.

“The perception of those who have criminal records has to change,” said Pastor Brian Herron of Zion Baptist Church in Minneapolis. “These are people, someone’s mom or dad. There are no throwaway people.”

But those enlightened days are past, and it seems that prisoners are now being punished perpetually because, once having served their time, they are often victimized by companies that refuse to hire them in spite of their qualifications and even when the crime is in no way related to the employment they seek.

Earlier this month, Take Action took its campaign to the doors of Target’s downtown office as 200 protestors expressed their dismay with the corporation’ s hiring practices, which appear to exclude people with criminal records. It seemed like an odd choice, since by most accounts Target has a decent record as community citizen.

But according to Take Action, that’s one of the reasons the corporation has been targeted. And it didn’t hurt that Target had consistently refused to meet with Take Action. Representatives, however, did meet with Take Action leadership near the end of the protest in what some called a face-saving move.

According to Brown, Target has the ability to be more progressive in its policy because it has done so in other states. In the state of Washington, ex-offenders don’t have to inform their employers of any kind of encounter with law enforcement that occurred more than 10 years ago. And Massachusetts passed “ban the box” legislation that keeps employers from asking about past records on the initial application. 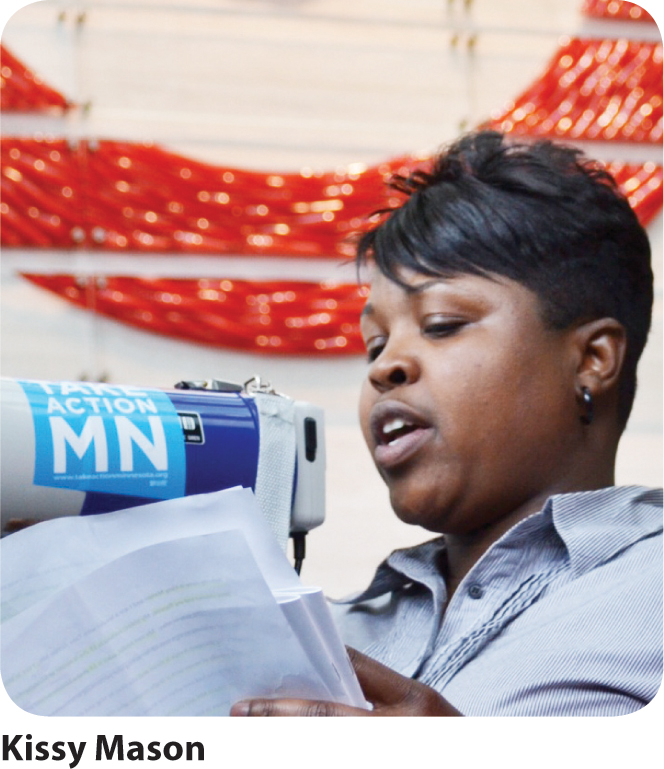 The other reason Target was chosen was because, according to Kissy Mason, an African American mother of three, she was told that she was hired as a cashier at the Super Target in Minnetonka. But before she could start, she was told she was not going to be hired after all because of a misdemeanor in her past.

Mason had previously worked as a secretary for the Council on Crime and Justice and was a victim of budget and funding cuts. “I want to contribute to my family,” she said to the crowd gathered for the protest. “I want to work. I’m ready to work. Target says that a record will not automatically disqualify you, but that wasn’t my experience.”

Target spokeswoman Molly Snyder said in a statement, “The existence of a criminal record does not disqualify a candidate for employment at Target, unless it indicates an unreasonable risk to the safety and welfare of our guests, our team members or our property.”

Take Action’s stance is that action is louder than words. Jill Barnes, who works for Take Action, also told of being denied employment by Target, even though she has an extended employment history since serving time for a drug offense.

Take Action Minnesota has identified four specific hiring practices that it wants to see changed by Target and other Minnesota corporations that they believe will help close the racial employment gap and expand the pool of qualified applicants. They include:

While the government hasn’t been extremely helpful in this area, there are some changes on the way. Julie Schmid, spokeswoman for the Equal Employment Opportunity Commission (EEOC) in Minneapolis, said that the EEOC recently issued new guidelines to help employers determine how to properly screen job candidates with criminal records without violating the law.

Since race and ex-offender status affect employment, having a criminal record drastically reduces the employment opportunities for people of color in general and Blacks in particular. Overcoming this obstacle is critical to restoring economic stability in our distressed communities.